PET Alternatives: How Are Companies Innovating?

From plant-based Pepsi bottles to fleece jackets, new ways of using the resin are being sought. 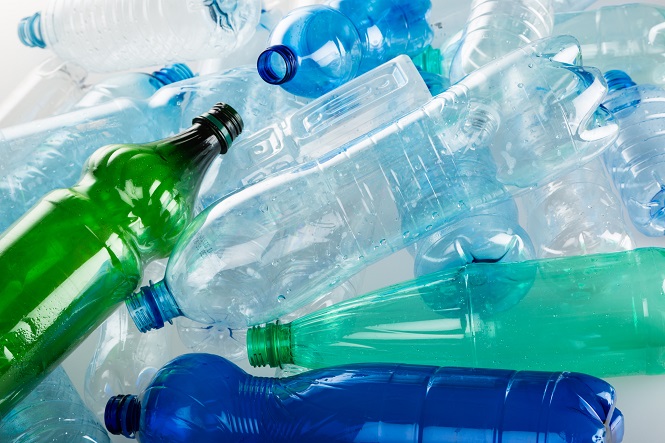 It’s doubtful you can instantly recall its name – or, for that matter, properly pronounce it upon seeing the name – but you’ve most likely come across polyethylene terephthalate at some point recently. Commonly nicknamed with the far more verbally friendly acronym of PET, polyethylene terephthalate is a resin used to create a variety of products, including plastic bottles. According to a trade organization known as the National Association for PET Container Resources, about 31 percent of the plastic bottles manufactured in the U.S. are derived from this source. The good news: PET is a highly recyclable material. The bad news: Many products – including PET-derived plastic bottles – are still populating landfills at a disheartening rate. “If the current rate of manufacturing and consumer recycling remains, 40 billion pounds of PET waste will be added to our landfills within only a decade,” the authors of the website ReUseIt wrote in a post. According to the Container Recycling Institute, only one-third of all PET-based plastic bottles actually make it into a recycling stream. The organization asserts 2 million tons of plastic goes to waste. Interestingly, and not surprisingly, the amount of wasted plastic bottles in states with so-called bottle bills is notably less. While recycling PET products is a great way of being eco-friendly, some companies are taking efforts to the next level with a series of innovative ideas.

For example, in 2011, soft drink manufacturer PepsiCo – the company behind Pepsi Cola and a host of other carbonated beverages – proudly trotted out what it claims is the world’s first PET bottle that is 100-percent plant-based and renewably-sourced. A news release from the Purchase, New York-based company trumpets the fact the green bottle “far surpasses existing industry technologies.” In its initial state, Pepsi’s green PET-based bottle was made from a series of bio-based raw materials, including corn husks, switch grass and pine bark. Future efforts from PepsiCo promised the use of oat hulls, orange peels, potato peels and other agricultural byproducts. “PepsiCo is in a unique position, as one of the world’s largest food and beverage businesses, to ultimately source agricultural byproducts from our foods business to manufacture a more environmentally-preferable bottle for our beverages business,” PepsiCo chairman Indra Nooyi said in a statement at the time of the announcement. While Pepsi’s green bottle is made of plant material, it is important to note it is still made of plastic. This post on the blog site My Plastic Free Life points out how some reputable media outlets, including the Christian Science Monitor, initially got the facts wrong. Pepsi’s invention merely substituted plant-based products to create the bottles, rather than use the old standby of petroleum, which is taxing on the earth’s resources, even if recycling enters the equation. Another interesting tidbit about Pepsi’s innovation is the plant-based PET bottle is compatible with its petroleum-based counterparts in the recycling stream. Frequently, compostable plastics contaminate the recycling stream and thus are not recyclable. But the plant-based PET bottle mimics its traditional counterparts and thus can be accepted at all mainstream recycling centers.

At first blush, it might seem outlandish, but there is a company maximizing the potential of PETs by repurposing old plastic bottles used with the resin and turning the material into polar fleece jackets and other related clothing products. Jeff Gotro, author of the Polymer Innovation Blog, put the spotlight on Patagonia, the company behind the plastic bottles-to-polar fleece project that raised more than a few eyebrows upon its announcement. Patagonia has a program called Common Threads and is based on what the company refers to as the four R’s: reduce, repair, reuse and – you guessed it! – recycle. As Gotro points out in his post, the transition of PET in a plastic bottle to a fleece jacket really isn’t that outlandish when you get down to the nuts and bolts of the science behind it all. “The majority of the world’s PET production is for synthetic fibers, in excess of 60 percent, with bottle production account for around 30 percent of global demand,” Gotro writes. “In discussing textile applications, PET is generally referred to as simply polyester, while PET is used most often to refer to packing applications.”

There are so many benefits to recycling PET plastic bottles!

As this article on The Guardian points out, recycling plastic bottles made of PET is beneficial for reasons beyond the environmentally friendly act itself. “PET plastic is a resource-intensive material whose manufacture requires large amounts of water and petroleum and contributes to the greenhouse gas emissions causing climate change,” a post, authored by representatives of the company Avery Dennison, stated on the newspaper’s website. “The fewer new bottles that have to be made, the better.” Recycling PET materials – which frequently go by the acronym rPET – is a far sounder solution than tossing these items in the trash and creating anew. Avery Dennison stated 84 percent less energy is consumed when PET is recycled, and 71 percent fewer greenhouse gas emissions occurred when the product is recycled.

There is life beyond plastics

Since all plastic materials consume the earth’s resources in some way, shape or form, it might be worthwhile to consider a lifestyle without PETs — or least one that drastically reduces its presence. Taking a long-form view of plastics, the science-tilted website How Stuff Works offers up a list of 10 items that are more eco-friendly than plastic. But the authors also note how ubiquitous it has become in everyday life, and how a life without it seems almost unfathomable. “Plastics are so ingrained in our everyday lives that it’s hard to imagine life without them,” Maria Trimarchi and Vicki Giuggio of How Stuff Works wrote in their introduction to the topic. For the record, their list of substitutes includes: