Plastics: Cutting Down on Waste with Effective Recycling

Be a better recycler and cut down on your plastic waste. 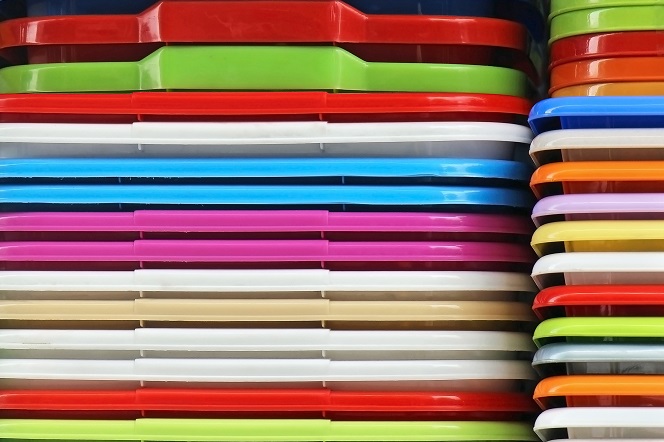 After you drink a bottle of soda or water, you’re going to have to dispose of your container. Are you going to turn to the trash barrel or look for a recycle bin? It’s this simple question that could have a lasting impact on the environment and the planet as we know it. We use plastic frequently, whether it’s for drinking cups or disposable pens. Depending on what we do with it when we’re finished, we could be significantly harming the eco-system.

The emergence of plastic

With the emergence of plastic, we gained the opportunity to create items we could never have imagined before. Products as simple as plastic bottles are now a reality and a convenience. Plastics first emerged in the U.S. in the 1860s, although the chemicals, compounds and materials used to create them have been around for centuries, according to the Plastics Industry Trade Association. John Wesley Hyatt is credited with experimenting with cellulose nitrate and creating some of the first items containing plastic. Around the beginning of the twentieth century, many people began experimenting with chemicals such as formaldehyde and phenolics to develop plastics and plastic coatings. By the 1930s, the commercial industry began using thermoplastics, such as polyvinyl chloride, low density polyethylene, polystyrene and polymethyl methacrylate. By the late 20th century, manufacturers began introducing alloys into blends to develop high performance plastic. Today, a wide range of industries use plastic to create durable materials.

If you take a look around you, there is likely a bit of plastic in many of the items in your environment. Everything from your laptop to your smartphone may contain plastic, which shows how heavily used it is for frequently used items. Almost 13 percent of the solid waste stream is made up of plastic in the U.S., according to the Environmental Protection Agency. However, the plastics recycling rate is only at 9 percent, as of 2012. So what happens when you don’t recycle plastic? Columbia University reported that it can take up to 1,000 years for plastic to decompose in landfills. Over time, the chemicals used to create the plastic can leak into the environment. There are already 100 million tons of plastic thought to be floating in the world’s oceans at the moment, due to a lack of recycling and decomposition. In 2013, there were 33 million tons of plastic waste generated, and the U.S. was responsible for 14 million tons of it, according to the EPA.

Getting a hold on plastics

In 1988, the Plastics Industry and Trade Association created the Resin Identification Code system to help recyclers identify the chemicals used in plastics. Additionally, the resin codes could encourage individuals to place plastic items in the proper recycling receptacles. There are seven codes, which identify materials ranging from high density polyethylene to polypropylene. Understanding where plastics fall into the RIC can help you make sure your plastics are going to the right place. Here is an overview that can make sure you recycle smarter.

How do I become a better recycler?

Familiarizing yourself with the RIC is just one of the many unexpected ways you can recycle plastic more efficiently on a regular basis. Here are some tips for making sure you’re not contributing to the overwhelming amount of plastic that ends up in landfills.
Finally, there are many ways you can reduce your plastic use on a daily basis. Doing so can minimize the impact of your carbon footprint and the overall plastic problem.
While it may be challenging to adopt some of these tactics, you can quickly gain peace of mind, knowing you’re going green for the sake of the planet. Just because you’re using plastic doesn’t mean you have to create a heap of waste!