What is a Superfund Site?

How have Superfund sites cleaned up land for reuse? Wait – what is a “Superfund” site? 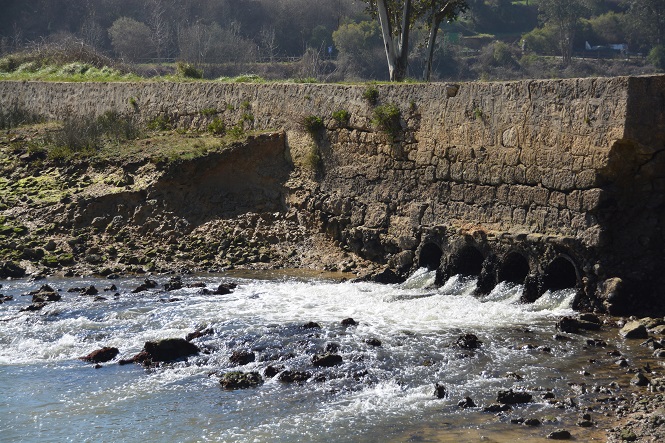 One in four Americans lives within four miles of one. And in highly populated areas, like the San Francisco Bay area, many residents live within four miles of 20 different ones. No, we’re not talking about Starbucks. We’re talking about hazardous waste sites, or “Superfund sites.” Despite the overall decrease in media coverage, they’re still out there, and they’re still a public health hazard. Common chemicals found at these sites include arsenic, lead, mercury and DDT. But the term “Superfund” doesn’t actually define the land itself.

The basics of Superfund sites

According to the EPA, a Superfund itself “is the name given to the environmental program established to address abandoned hazardous waste sites. It is also the name of the fund established by the Comprehensive Environmental Response, Compensation and Liability Act of 1980, as amended (CERCLA statute, CERCLA overview). This law was enacted in the wake of the discovery of toxic waste dumps such as Love Canal and Times Beach in the 1970s. It allows the EPA to clean up such sites and to compel responsible parties to perform cleanups or reimburse the government for EPA-lead cleanups.” The basic Superfund process itself involves assessing sites, putting them on the National Priorities List (NPL) and working on cleanup plans. The program also works on removal actions in cases where immediate action is needed, punishes responsible parties, works on community involvement, gets the state involved and works towards long-term protection of the area. The EPA states that in the last 20-plus years, they’ve been able to locate and analyze tens of thousands of waste sites, protect against contamination from the worst sites and achieve mass involvement in cleanup efforts. The specific process for working on a Superfund site is a long one. It starts with assessments and site inspections to decide if immediate and short-term responses are needed, the site is placed on the NPL, studies are then conducted to find out more about the contamination and treatability of the site, then cleanup alternatives are reviewed, then remedy plans are implemented and physical cleanup is completed. After that, there is a post-construction phase during which long-term plans are assessed, five-year reviews are addressed and the site is basically managed to make sure it will stay stable in the long run. After that, a site is taken off the NPL and the site is open for reuse. There are also some serious benefits to the program outside of reuse. According to the EPA:
We’re lucky there is a plan in place to take care of these sites. In fact, there have been tons of success stories detailing once uninhabitable areas that were rehabilitated and are now safe for use.

One of the most impressive stories is of a toxic landfill that was turned into the ultimate source for renewable energy. Brick Township in New Jersey received a reuse award from the EPA after turning a place called French’s Landfill into a solar farm. The 24,000 panel solar farm produces 7,400 megawatts of electricity. It can power the township buildings and hundreds of homes. The land itself is far from perfect. It’s still listed as a Superfund site, because groundwater testing related to a cap that contains contaminates isn’t yet complete, although the cap has shown to help significantly so far. The community wants to make sure the cap is functional, which could take another two years. But the land is still usable as a solar farm, and that in itself is an impressive step forward. Then there’s also Love Canal, New York.This is one of the extreme cases that was the main inspiration for the Superfund program. In the 1920s, the area was made into a dump where chemical waste was tossed with reckless abandon. In 1953, houses were built on the decommissioned dump, but the toxic chemicals remained below. In the 1970s, heavy rainstorms released those chemicals and residents suffered a spike in birth defects, diseases and miscarriages. Today? Homes just outside the worst of the contaminated area have been restored, the EPA has declared most of the area safe and residents have returned. The EPA also lists some of the most impressive projects, which all show the full potential of once unusable land:

This area was devastated by over a century of mining. The water quality improved so well through cleanup efforts that the area now has a Gold Medal Trout Waters designation. You can view a video about it here.

This area in Delaware was decimated by pigment manufacturing. The plant’s been there for about 112 years. Collaborative efforts by “U.S. Environmental Protection Agency (EPA), the Delaware Department of Natural Resources and Environmental Control (DNREC), E.I. du Pont de Nemours and Company (DuPont) and other stakeholders” went into a major cleanup of the area. Part of that land is now a park, another part is a 20-acre wildlife habitat and another part of the land was leased from DuPont to put up a 584-kilowatt solar array.

In Worcester Township, Pennsylvania, part of the land and groundwater was contaminated by industrial work. The area was cleaned and can now benefit business in the area. Today the land is occupied by a tool distributer.

This location in Florida was the 900th Superfund site to reach construction completion, which happened in 2004. There the groundwater was contaminated by plating and manufacturing. Once cleaned up, the land could be used as an industrial park.