Farm to Table: Inside the Trend

You are what you eat, and a growing number of consumers are taking note of this age-old phrase. 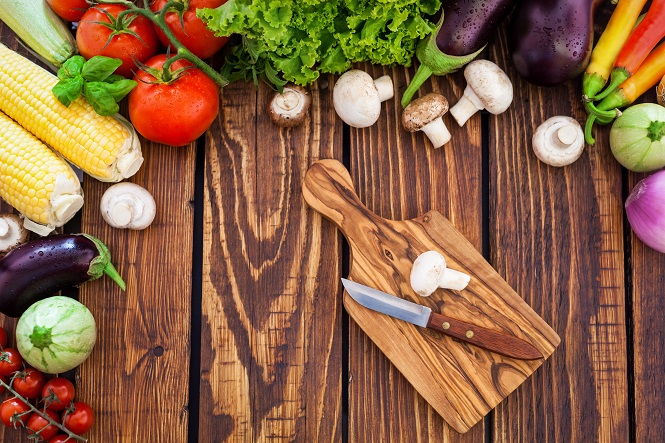 From one city to the next, it’s a phrase you’re hearing a lot these days. If you live in a big city, a number of local eateries will, no doubt, tout the phrase farm to table. It’s a trend that has followed American’s changing taste buds. Proving how circular society truly is, a growing number of health-conscious consumers are demanding restaurants and other food-service providers move away from processed methods to serve meals. Supporting your local farmer also jives perfectly with the “shop local” mantra that has been a cornerstone of many millennials’ lifestyle choices. What’s interesting about the farm-to-table movement is how it harkens back to a simpler era – one that predated the proliferation of fast food and chain restaurants that began taking hold in the middle of the 20th century. Before the McDonald’s of this world touted quick and cheap eating options, there were food establishments out there that essentially offered farm-to-table eating (they just didn’t describe it as such, because it was, more or less, an understood concept).

What exactly is farm-to-table?

The term farm to table has been in wide circulation for several years. It also is referred to, occasionally, as farm to fork. You’ve undoubtedly heard it used somewhere, because it is a clever marketing tool that generally conjures up pleasant thoughts. It can prove especially beneficial to a restaurateur who has laid down stakes in a community with a new, but largely unknown, establishment. But you might still be asking what exactly the movement entails. In its simplest form, it’s all about local. The produce is grown in a plot of land – whether it be in a nearby rural farm or within the confines of an urban garden – and it is subsequently shipped to food service and restaurant establishments and served up locally. Because so little transportation is needed to ship the food from Point A to Point B, preservatives and other unnatural devices used to prolong the life of food are not a necessity. Speaking from personal experience, I have noticed a difference in the taste and quality of food delivered at restaurants touting farm-to-table practices (I’m a proud, unabashed foodie!). In this article in Shape magazine, Ohio-based farmer Lee Jones sums up farm-to-table this way: “I really define (it) as a direct relationship with like-minded people. It’s not about distance, though my dad always says that the shortest distance between two points is the back door of the farmer to the front door of the consumer.” Jones operates The Chef’s Garden, a family-owned sustainable agricultural operation that he says is designed to replicate some of the simplest processes that were in place a century ago.

While the exact origins of the farm-to-table movement can be debated, a combination of factors – including the growth of farmers’ markets, increased interest in where our food comes from and a renewed desire to support the local shopkeeper – appear to have added fuel to the fire. “A growing number of consumers have started to seek healthier and more environmentally friendly alternatives to the processed food that dominates grocery store shelves,” this post on the website CulinarySchools.com states. According to the authors of CulinarySchools.com, today’s farm-to-table movement can actually be traced to the hippies of the 1960s. During that consciousness-raising era, a segment of the population grew interested in organic, natural and locally grown foods. Numerous publications cite a small group of farm-to-table pioneers, including restaurateur Alice Waters, who operates an eatery known as Chez Panisse in California. Another oft-mentioned pioneer is Jerry Traunfeld, founder of the Herbfarm operation in Washington. While Americans love their convenience, there continues to be a segment of the population interested in straying from processed-laden food consumption methods. Yet there is still work to be done. As this article from Savannah, Georgia-based South University pointed out, the average piece of non-organic produce sold at any garden-variety supermarket travels about 1,500 miles before winding up on a consumer’s plate for consumption. Moreover, 39 percent of fruits and 12 percent of vegetables are imported from other countries – a statistic that ratchets up the miles traveled even higher.

Is farm-to-table just a fad?

While the farm-to-table movement has been lavished with praise, there also has been a degree of criticism and mocking at what some critics state is nothing more than a fad. Vanity Fair magazine poked fun at the movement in the article, “Is it Time to Table Farm-to-Table?” In the biting piece, author Corby Kummer paid homage to the movement’s founders, but asserted the term has been watered down so much that it has lost its original meaning, in large part because of marketing efforts on steroids. “The term has been drained of any real meaning it may have once had,” Kummer wrote. “Chefs themselves are getting sick of it.” The core statement of Kummer’s piece takes jabs at the obsession in knowing where exactly every a morsel of food came from. His commentary conjures up a segment from one of the early episodes of the Fred Armisen-headlined comedy “Portlandia,” where he plays a character intent on knowing the pedigree of the cow whose meat he is about to eat. “Today’s real cachet (is) having your own farm and not making a big deal about it,” Kummer writes. Marketing, which is notorious for jumping on the proverbial bandwagon and playing out an idea again and again, can spoil even the freshest idea. Pushing aside the hype for a moment, there is evidence and plenty of optimism from supporters that the farm-to-table movement is indeed here to stay. “Small-scale farming is on the rise,” Kathy Gunst wrote in this piece in the Boston Globe. “I’ve witnessed how kids’ eating habits improve when families spend less time and money at supermarkets and big box stores and instead pick their own fruit or buy organic vegetables from local farmers.”