Which companies made sustainable waves in September? 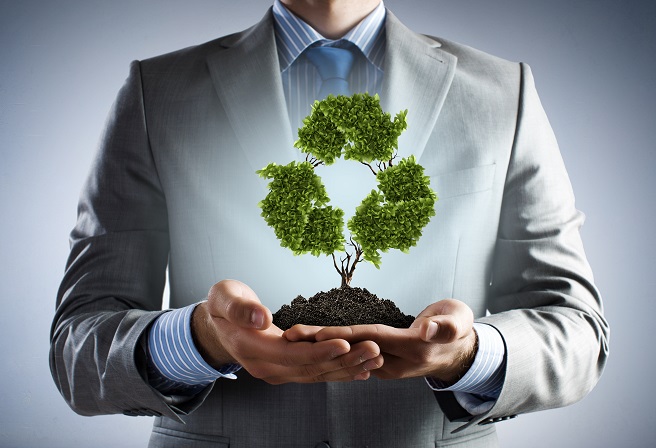 Sometimes it feels like all we get in the news is the bad from companies: embezzlements, lawsuits or jacked up HIV drug prices. But then there are the companies that take the time to step back and care. Companies and organizations all over the world are making an effort to look toward the environment and make sustainability as important as profit margins. Below are some top companies that have been in the news this month for taking the time to care about the future.

The major clothing company recently released a clothing line made from recycled clothing. Back in 2013, customers could turn in a bag of unwanted, used clothes and get a voucher for the store. Two years later, we have a line of denim out of H&M called Close the Loop, which came out this month. The line includes everything from trendy acid-washed jeans to a denim boilersuit to overalls to jackets, all made from recycled clothes. Karl-Johan Persson, CEO of H&M, said, “Creating a closed loop for textiles, in which unwanted clothes can be recycled into new ones, will not only minimize textile waste, but also significantly reduce the need for virgin resources as well as other impacts fashion has on our planet.”

Powering a large data center with solar panels isn’t something you’d only see in “Transcendence.” Not with Equinix, the massive data center company, just signing a solar purchasing contract with SunEdison for its California operations. The new solar plan will offset its 300-megawatt-hours-per-year power consumption. That’s 43 percent of what it uses globally. Eventually, the company wants to offset 100 percent of its power usage.

Right now the big deal in sustainability news is the United Nations Sustainable Development Summit going on Sept. 25-27 in New York. The summit covers agreements on the 17 Sustainable Development Goals. Countries will need to implement these goals over the next 15 years to curb climate change and lead to a more sustainable future overall. It’s always helpful when companies notice and care about these sorts of events. Novozymes, an industrial biotechnology company, is one such corporation. Its CEO, Peder Holk Nielsen, is scheduled to speak at the U.N. summit and the company is working on measures to incorporate the 17 goals into the company’s operations. The systematic approach will mirror the company’s Life Cycle Assessments that measure the effect of biological solutions on the environment.

Panasonic was in the news this month for asking the U.K. government to rethink its plans for cutting subsidies for residents who want to add solar panels to their homes. The electronics giant out of Japan currently provides the U.K. with a major portion of its solar panels, so that action isn’t purely out of altruism. But more renewable energy is more renewable energy. In the proposals, the tariff subsidies could be cut by almost 90 percent. “Let’s keep [the industry] alive, let’s help it further develop to become fully independent from state support, with energy storage and a closer involvement of utilities. But let’s not push the bird out of the nest before it can properly fly,” said Daniel Roca, the U.K. country manager for the solar division of Panasonic. The Department of Energy and Climate Change in the U.K. defended the measure by saying costs in renewable energy have fallen, and renewable energy can survive on its own without heavy subsidies. It seems worth noting that the cost to install solar panels in the U.K. is £4,000 and £6,000 on average ($6,098.12 to $9,147.18), not exactly the lying-around type of cash.

Broadsheet Sydney ran a feature this month on the sustainable wonder that is the Sydney Opera House, which boasts a self-cleaning roof that can be washed by a heavy rain due to the glazing on the tiles, seawater as a cooling medium for the air conditioning and a method of cleaning the bronze and concrete that uses olive oil. The Green Building Council of Australia awarded the opera house a Four Star Green Star. The opera house wants to go up to five stars, although to get the top score of six stars, it would have to start the building process from scratch.