How to Choose a CSA Program

Establishing a partnership and a relationship with a local farmer can yield a bountiful harvest. 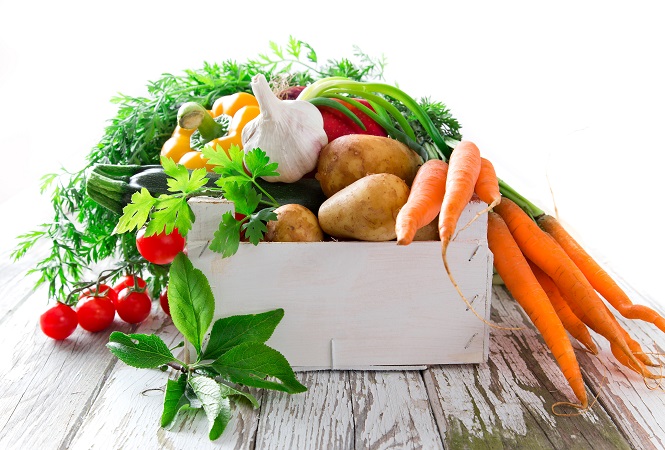 I’m fortunate to live just a few miles from a visionary man named Will Allen. Like many influential persons, Allen had humble roots. But he had a thought – a seed, if you will – and he planted it. Allen is the founder and current CEO of Growing Power, a Milwaukee-based nonprofit that is dedicated to urban farming. Several decades ago, Allen noticed he was in the midst of a so-called food desert – that is, a swath of the city that severely lacked stores that sold fresh produce. Instead, the area was dotted with convenience stores that sold packaged snacks and a proliferation of fast food establishments. But fresh produce, unfortunately, was difficult to come by. And that’s where Growing Power came into the picture. As an organization featuring a community supported agriculture, or CSA, program, Growing Power has spread its seed and multiplied ten-fold into other communities, thanks to the intuitiveness of Allen and others who have been trained through his program.

What is a CSA program?

Programs such as Growing Power are multiplying like a bountiful harvest, and consumers who enjoy having a relationship with a local farmer and reaping the benefits of nutrient-filled produce are the benefactors of this sweeping initiative, which first picked up steam in the early 1990s. The U.S. Department of Agriculture, which helped establish CSAs, lays out a good explanation of the effort: “Community supported agriculture consists of a community of individuals who pledge support to a farm operation so that the farmland becomes, either legally or spiritually, the community’s farm, with the growers and consumers providing mutual support and sharing the risks and benefits of food production.” While farmers markets and similar offerings have become increasingly popular, they differ from a CSA. The folks at Local Harvest lay out a good synopsis of what exactly makes a CSA program:

Where can I find a CSA program?

If you don’t have ready knowledge of a CSA-participating farmer in your community, one of the best ways to seek one out is through such resources as the FairShare CSA Coalition, which offers a wealth of resources for persons seeking CSA programs. While some obvious factors – including proximity – play a role in determining whether a CSA is a right fit for you and/or your family, there are issues to consider, including the types of produce available. Nonprofits such as FairShare can help in taking out some of the guesswork in what can be an important decision and a steadfast commitment. This might be obvious, but I think it’s still worth noting: To be part of a CSA program, there is one rather glaring prerequisite – you should enjoy vegetables. If you offer up the funds to be part of this kind of program, you are going to receive quite a few of them. But if you’re adventurous, you might even try something straight out of the earth that you haven’t consumed before. (I’m speaking from experience!)

For obvious reasons, taking part in a CSA program reaps numerous rewards for the consumer. I visit Growing Power regularly. For one, the price beats anything I would pay at any of the nearby grocery stores. Secondly, when I walk away with my box of veggie goodness, I do so with the peace of mind that what I have is as fresh as possible. It’s grown right in my own community, and silly as this might sound, I find a certain degree of satisfaction with this knowledge. While the consumer benefits, farmers taking part in CSAs do as well. We don’t always think of them as such, but let’s face it: Farmers are business owners. They’re not traipsing around in suits and ties – quite the opposite, actually – but they have a financial enterprise to manage. One benefit of taking part of a CSA is cash flow. By making money, upfront, early in a growing season, that money can be funneled back into the farming operation. On both ends of the spectrum, the consumer and farmer, the CSA type of arrangement can be emotionally gratifying because you are able to forge a relationship that would never be possible when you grab that bag of mini carrots from your grocery store’s cooler. Of course, no two CSAs are exactly alike. Farmers grow different crops and have different types of produce available. Plus, when you look at the full spectrum of the U.S., and this country’s vastly different climate and season(s), it’s quickly easy to see why there are so many different variables at play. So, what are the risks? It’s no secret farming in and of itself is a risk – some might even be bold enough to call it a gamble. For this reason, it’s important to understand CSAs have some form of suspense, intrigue and elements of the unknown. Most farmers in a CSA require consumers plunk down their cash, upfront, for a season’s worth of produce. This transaction, of course, comes with a good-faith belief farmers are doing everything in their power to ensure there is a bountiful harvest throughout the growing season in your particular locale. But Mother Nature is an unpredictable force to be reckoned with. We’ve all seen images of farmers’ fields ravaged by flooding and other unruly weather that throws a wrench in the best-laid plans. As a CSA member, you assume some of that risk with your partnering farmer. But if you can stick out a few potential twists and turns along the way, the rewards can be bountiful.