H&M has one rule for fashion, and it has to do with recycling. 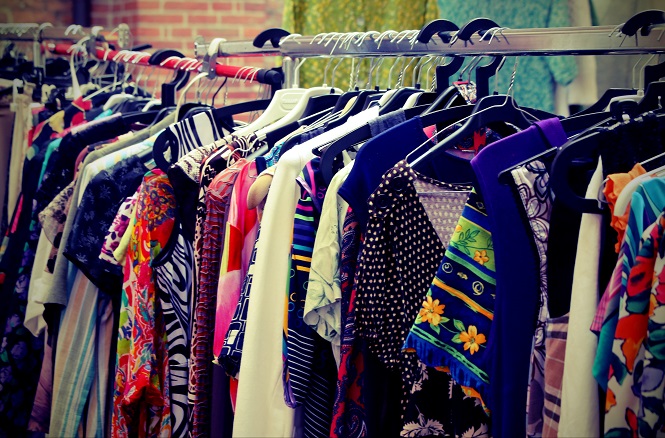 In a new commercial for Swedish clothing retailer H&M, rock legend Iggy Pop announced, “There are no rules in fashion but one: Recycle your clothes.” Recently, the world’s second biggest clothing company has made a marked effort to boost its level of sustainability globally. In 2012, H&M increased the use of organic cotton in its manufacturing efforts by 20 percent, with a goal to only being use organic cotton in its clothing by 2020. The Iggy Pop commercial puts H&M’s “Don’t Let Fashion Go to Waste” campaign in the spotlight. Introduced in 2012, the initiative invites customers to bring unwanted apparel into an H&M store to be recycled – either into something new or donated to someone in need. Customers receive a 15-percent-off voucher of any new item every time they bring their unwanted clothes in. To date, over 3 million pieces of clothing have been donated. Not only will recycling old garments help to clothe the world, it also leads to a reduction in water use. According to the commercial, recycling just one t-shirt saves nearly 2,100 liters of water. In addition, H&M has increased efforts to save water during the manufacturing process, specifically in the production of denim products. The company experienced a savings of more than 450 million liters of water due to its application of water-saving techniques within the manufacturing process. In conjunction with its “Don’t Let Fashion Go to Waste” campaign, the clothing maker recently introduced the “Conscious Denim” line. The pieces in this collection, which includes jeans, jackets and more, were created with donated garments left at H&M stores around the world and organic cotton. The denim line is part of the company’s efforts to create a closed-loop, or circular, economy for “fast” fashion. “Creating a closed loop for textiles, in which unwanted clothes can be recycled into new ones, will not only minimize textile waste, but also significantly reduce the need for virgin resources as well as other impacts fashion has on our planet,“ explained H&M CEO Karl-Johan Persson in a statement. In fact, H&M’s clothing take-back program, which was launched in 2012, has been so successful it has, to date, collected more than 14,000 tons of unwanted clothing. H&M has made great strides over the last few years to ramp up its sustainability efforts. There are many different factors that play into the production of garments, and H&M is setting a precedent in terms of transparency and adopting a highly visible eco-conscious attitude. It is hoped the company’s efforts will help increase awareness towards environmental issues while also inspiring other apparel manufacturers to do the same. There is still a lot of work to do, but for now, listen to Iggy Pop and recycle your clothes.