Inside Recycling: How Does the Industry Really Work? 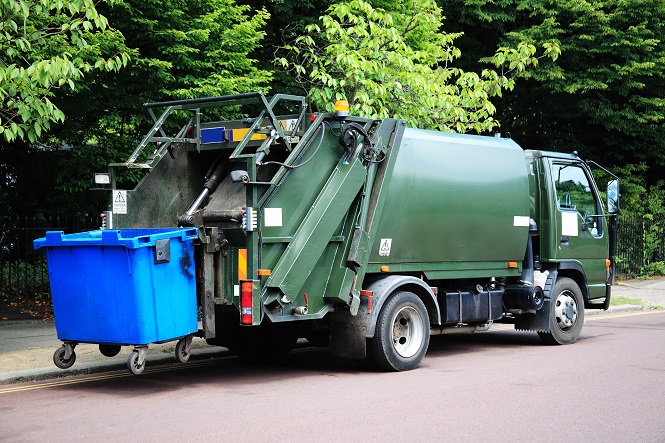 By now, we are all familiar with the concept of recycling. In recent decades, as the benefits of recycling have become abundantly clear, we are separating our recyclables from our everyday trash. Many of our municipalities are making this separation process all the more easy by providing us with different types of bins. But what really goes into the process of recycling? How does that aluminum soda can you tossed in your recycling bin find new life as a new, repurposed object? It’s an intricate process that frequently surprises people.

Recycling is an industry

Before delving into the ins and outs of recycling, it’s good to have an understanding of the overarching system that makes all of the specific processes possible. Since the benefits of recycling grabbed ahold of mass culture in the 1970s – smack dab in the middle of the energy crisis – the practice has grown progressively. Alongside this practice has been the full-on construction of an industry. Here are a few interesting facts about the recycling industry, courtesy of the Bureau of International Recycling:
As with any industry, the emergence of recycling as a bona fide business model in recent decades also means it adds to the U.S., and global, economy by employing people in a variety of professions.

There are many, many steps involved in recycling an item

The benefits of recycling have been proven, time and again. But the steps involved in recycling a product are numerous and complex and rely on the expertise of a number of professionals. One of the first preliminary steps in recycling occurs behind the scenes. Working with municipalities, solid waste companies negotiate recycling contracts. The terms of that contract determine a number of logistics, including how often your recyclables are picked up and what you need to do on your end to determine the process is seamless. A growing number of communities are going with single-stream recycling, which makes life much easier (although the efficacy of this method continues to be debated). In the community I live in (Milwaukee, Wisconsin), city leaders decided several years ago to go the single-stream route, meaning I no longer had to separate my aluminum and plastic items from the paper goods. All of a sudden, one day, Department of Public Works staffers came from one house to the next and removed the once cumbersome dividers (side note: I don’t miss diving into my recycling bin when I inadvertently tossed a can in with the paper, or vice versa). The City of Georgetown, Texas lays out a good framework for the steps involved in recycling. Once your recyclables are hauled away, they are transported to a collection station. Depending upon the size of your community, that station could be right within the city you live within. The recyclables are then tipped into large trucks and subsequently hauled away.

When recyclables arrive at a center, the true magic begins

As technology continues to advance, the process of recycling glass, plastics, paper products and a range of other items has nearly seamless. Sorting the different materials is one of the first steps in the process. One of the recycling industry’s newest centers is located in Sunset Park, right in the heart of New York City. Considered a crown jewel, it does what few other facilities manage to pull off: It lets visitors get a bird’s eye view into the metamorphosis that takes place within the plant. “The facility handles waste of various sorts on a massive scale, and the building literally shakes with activity,” John Timmer wrote in an article in Ars Technica magazine. “At the same time, your senses are being assaulted with the sights, sounds and smells of the activity it contains.” While automation plays a pivotal role in the recycling process, there is still a large amount of human interaction involved in even the highest tech of operations – a point vividly noted in the Ars Technica article. Timmer said he witnessed haulers dump would-be recyclables onto the floor of the facility. Some of the more obvious items – including, from Timmer’s observation, a child’s bicycle – are pulled from the group of materials. “The rest is then taken by a large front loader and dumped onto a conveyor belt,” Timmer writes. “This begins the process of spreading the recyclables out so that the system doesn’t get swamped with more than it can handle. That’s continued by a drop that scatters it further and splits it into two streams that are handled in parallel.” From there, materials are crushed into fine particles, and the raw materials will be reused for future production.

The long-term forecast is upbeat

According to the U.S. Bureau of Labor Statistics, the recycling industry employs millions of people in a number of different positions. A sampling includes:
“As recycling continues to grow, more workers will be needed to collect, sort and process recyclables,” the federal agency wrote in a glowing report about the state of the industry. “Recycling jobs require people with a broad range of skill levels.” As with any industry, some of the positions at recycling centers are entry level, while other job duties require more specialized skill sets. Mechanics and technicians, for example, are highly skilled. The recycling industry is, to be certain, a for-profit enterprise that is seeing healthy profits. But it’s also worth noting the people behind this still-emerging job sector are preserving Earth’s resources and adding to the job market.