Upcycling: Anatomy of a Trend

In recent years, upcycling has become increasingly popular as both a way to help the environment and save money. 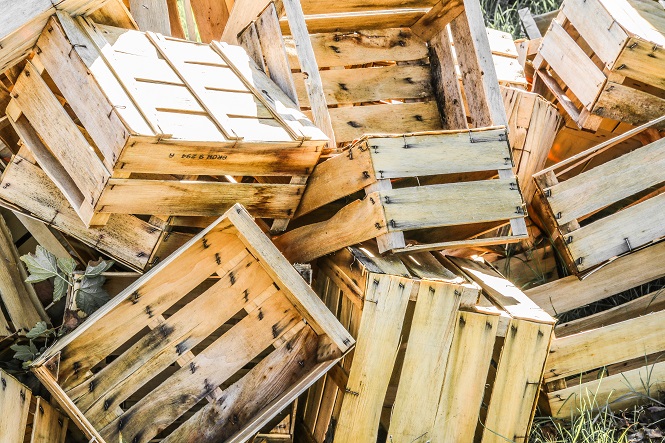 Oh, my dogs are barking. I have an ache in my sole. My arch is my nemesis. What I’m tryin’ to say is my feet hurt.
A lot.
But it’s worth it, because it’s making me stronger, and it’s good for the environment.
I don’t talk about my day job much, because it’s almost never relevant, but when I’m not fighting crimes against the environment, I work tech support. It’s not a bad gig, but it tends to involve hours of sitting and staring at a computer screen.
I’ve learned recently that sitting is actually just about as bad for you as smoking, so I resolved to do something about it. I built myself a standing desk.
It’s nothing beautiful, and the craftsmanship is fair to middling, but it gets me out of my seat, which means it serves its purpose. And the best part is, it didn’t cost me a dime. I made the whole thing out of scrap wood I found in my garage.
At the time, I wasn’t thinking about things like reducing waste or proper end-of-life management. I just wanted to stand up. My feet have since decided I’m an idiot, but they’ll come around.
And waste reduction and end-of-life management of my scrap wood just happen to be added bonuses. I took something that was no longer wanted and made it into something useful. Turns out there’s a word for that.

Upcycling is the process of using materials that would otherwise be waste to make something useful or creative. It’s literally taking one man’s trash and making it into treasure. It’s the art of repurposing what’s already there, rather than making something brand new. It’s the Vanilla Ice of creating things.
Upcycling has been around for as long as people have been bored and had stuff lying around, but it’s really come into its own in the last decade or so, after a couple of guys wrote a book called Cradle to Cradle: Remaking the Way We Make Things.
That book really got people thinking about what they’re throwing out and how it could be given a second (or third) chance. My standing desk, for instance, is the result of smashing an old privacy fence together with a broken armoire. And adding screws.
Since then, upcycling has basically become a household trend, with crafty entrepreneurs repurposing basically anything they can find and selling it on Etsy as “jewelry.” More ambitious upcyclers use their skills and found materials to make art, shoes and even houses.

Why is upcycling so popular?

While I’m sure this post will reach every corner of the Internet, I can’t all the credit for the upcycling craze. No, for that, we’ll blame the economy.
Environmental consciousness is growing, but most people still only care to think green when it’s convenient. Like, for instance, when they’re broke.
When the recession hit in 2008, a lot of people had to adjust their lifestyles, which meant a lot less buying stuff. People, however, are almost never content with the stuff they have. So, in an effort to either solve problems in their lives or to acquire something that seemed new, they started reusing what they had.
After the recession, it had become a habit. It seemed only natural to keep upcycling. Only now, the focus has shifted a little bit from personal necessity to global.

What are the benefits of upcycling?

We’ve talked before about the waste stream and how much we throw out on a daily basis. And a major portion of this blog talks about the benefits of recycling and how we can mitigate some of that waste.
But recycling can’t hold a candle to upcycling in the waste stoppage arena. Take my desk, for instance. Imagine I’d sent that scrap wood off to a mulch plant to be recycled. It’d get trucked there, tossed into a chipper, usually treated with a coloring agent, and then trucked to its destination. Sure, the wood gets used, but it also requires a lot of energy to get it there. Whereas, when I made my desk, I cut a few pieces to size, hand-sanded the ugly bits and tapped a few screws in to hold it all together.
Not only is the finished product (in my biased opinion) more useful, but it cost significantly less energy to produce.
Even better, since it was made from stuff I had lying around, there was exactly zero out-of-pocket expense. Better still, the practice made me better at carpentry, got me outside for a while and enables me to stand up while I’m working, which will keep me alive longer. Beat that, recycling. BOOM!