What is Climate Fiction?

There’s a trend in fiction – both literary and visual – that’s tackling climate change, for better or worse. 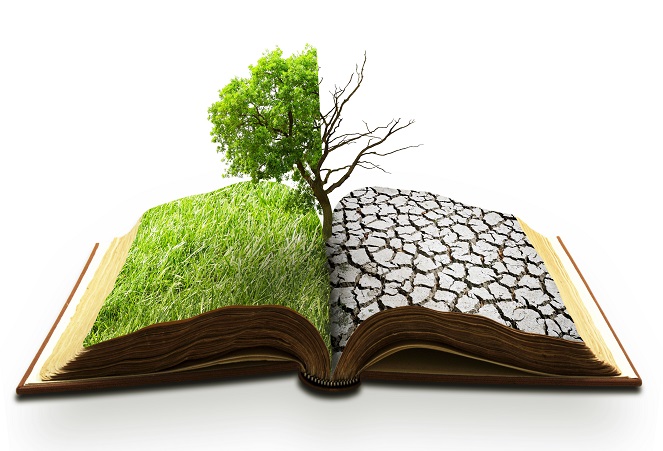 Extreme winter is coming. Or super droughts or hurricanes or hoards of displaced butterflies. Take your pick. Such is the world of the relatively new genre of climate fiction, sometimes called cli-fi. It’s what it sounds like: a literary genre that handles themes of climate change and global warming. Specifically, it’s a subgenre of eco-fiction, which also covers what it sounds like: ecological themes that may be non-human created or manmade. In short, it’s all a way to shine some light on nature and our place in it. Cli-fi is now its own distinctive genre. You can search the term in Amazon and get hundreds of listings, colleges offer courses studying climate fiction in literature and films, and many of the works have won top literary prizes and comfy seats at the top of bestseller lists. Many works that could be considered eco-fiction are even household titles, which you might not have even thought of as eco-fiction.

While word on the Internet is that journalist Dan Bloom claims to have invented the term “cli-fi” in 2007, the genre and themes of climate change have been around for over a 100 years. Jules Verne was writing about climate change in his 1889 book, “The Purchase of the North Pole,” which envisioned a shifted climate due to the manmade tilting of the Earth’s axis. In 1962, “The Drowned World” by J. G. Ballard was even depicting a world where the polar ice caps melted due to solar radiation and global warming. All of civilization was then overrun by Triassic-era jungles due to the climate shift. Even “Dune,” the Hugo and Nebula awards superstar, which is celebrating its 50th anniversary this year, has strong eco-fiction themes. The story follows a civilization that mines and trades the powerful natural resource melange. The entire civilization hinges on this powerful drug that extends life, increases mental abilities, gives prescience and allows for interstellar travel. Then there’s the more recent and well-known fiction like “The Day After Tomorrow,” from 2004. Sadly, it’s works like these that may give the genre a bad image of over-reactionary pseudoscience meant to rile people up and provide cheap thrills. In the movie, the Earth’s climate is suddenly plunged into a new Ice Age, thanks to global warming. We’re fine, and then within a few hours, boom, Ice Age. It’s enough to make even the most scientifically uninformed amongst us giggle.

Is cli-fi more damaging than helpful?

While “The Day After Tomorrow” did get people talking about global warming, to be sure, it also made the issue into somewhat of a joke. We’re years and years past that movie, but it didn’t help people to look at the truly subtle and incremental problems we face. Indeed, it made the issue of climate change too sudden and downright hyperbolic to be taken seriously. The movie even prompted the denizens of South Park to run away from an invisible and imaginary incarnation of “global warming” in the episode “Two Days Before the Day After Tomorrow.” George Marshall, founder of the Climate Outreach Information Network, isn’t a huge fan, either. He was quoted in an article at Contributoria saying, “Climate fiction is generated for the purpose of entertainment rather than public empowerment. It may increase people’s sense of distance and attachment by giving climate change the shape of an exaggerated fantasy. I’m skeptical that climate fiction raises overall awareness of climate change, although I do think that it might intensify concern amongst those people who are already engaged.” Expert on climate change and popular culture Prof. Michael Svoboda from the George Washington University said that the sudden and direct ways global warming impacts us depicted in the movie just went on to confuse the populous. “TDAT (“The Day After Tomorrow”) greatly exaggerates the speed at which the events depicted could occur, hence the confusion it created. … Now climate change communicators have to live with the consequences of that first popular impression of climate change created by TDAT,” Svoboda said. But is it all bad? Could something that gets us talking and thinking about environmental issues really be so terrible?

Some benefits to cli-fi

To be fair, cli-fi has its share of supporters. And not all works of cli-fi are overblown stories of scientifically dodgy super disasters. Many works take place on other planets, in alternate realities or in a future where events were in place to make the problems we could face down the line an accessible reality we can talk about now. The University of Washington’s Conservation Magazine mentioned some of the merits of climate fiction on show in “Flight Behavior,” despite a wary eye towards the genre’s tendency to come across like it’s capitalizing on a serious issue: “The way the characters choose to respond to these challenges [of the community-altering arrival of millions of Monarch butterflies] in their varied and individual ways provides in a microcosm the challenges our society faces in developing a consensus on a suitable response to a very real and disturbing threat. And importantly, does so without transporting us to an imaginary, post-apocalyptic world but by making us, like the people in Kingsolver’s rural Tennessee town, confront our changing world and the people that populate it.” When addressed intelligently with a dash of sound science and a serious, heartfelt look at the myriad of ways global warming could influence us, climate fiction certainly has its place. It has the potential to take the merely theoretical and make it real for millions of people. And if that makes one more person recycle or look into getting an electric car or buying locally, the genre is not such a menace of exploited global warming scare tactics.

So what to read?

If you want to try getting into cli-fi and eco-fiction, there are literally thousands of titles to choose from. The current big deal book is “The Water Knife” by Paolo Bacigalupi. Bacigalupi’s known for taking the biggest problems we face as a species and making them into thought-provoking, intense novels. In the “The Water Knife” he tackles the drought issue and writes about a world where water is exploited and tightly controlled by an elite upper class (I’m getting thirsty just writing about it). Another often-recommended starting point is Margaret Atwood’s “MADDADDAM” trilogy. Atwood’s always been the dystopian novel queen, but here she takes on plagues, floods and genetic engineering. Don’t forget to go to where it all began, and look at some of the classic novels listed at the beginning of the article. For more recommendations, you can find cli-fi and eco-fiction titles here and here.