What’s the Deal with the Hole in the Ozone Layer?

It seems like all the news and worries about a hole in the ozone are ancient history. Why did we stop talking about it? How’s the ozone doing these days? 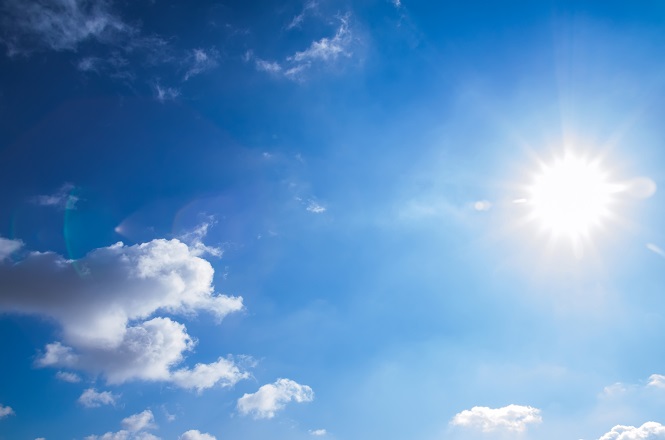 Hey, you guys remember the ozone layer? Remember when we were kids and the media freaked right the crap out because chlorofluorocarbons (CFCs) were eating away at the precious barrier, which was the only thing standing between us and instant, irrevocable death? And so, a bunch of good people fought the good fight and ended ‘80s hair once and for all. Probably one of the greatest public services in history. After all, your horrendous bouffant and the gallon of hairspray that it took to keep it up were directly responsible for eating a hole in the atmosphere. And then, as quickly as the panic began, it disappeared. Like it was some secret Illuminati plot. Step one, ban CFCs. Step two…? Step three, world domination! The public was left to wonder briefly what happened with all that before obediently moving on to the next media scare. Well, some of us are still catching up on old Knight Rider reruns on VHS, so the news that accidentally got recorded afterward still seems fresh and terrifying. It’s only afterward, when I realize that it’s not live, that I start to wonder whatever happened to old Holey. And that brings up a few more questions, like

What is ozone, anyway?

Ozone, it turns out, is just oxygen. Okay, not just oxygen. It’s actually three oxygen molecules smashed together in some sort of triangle of oxygeny goodness. Ozone is the smell after a lightning strike, and the slight metallic tang in car exhaust. In the lower atmosphere, it’s formed when pollutants react with the oxygen in the air. In high concentrations, like you tend to find in big cities, since there’re a lot of pollutants, it can be toxic to people, animals and plants. Doesn’t sound too good, so far, does it? But there’s more. I’ve already mentioned that ozone is pretty good at purifying water, because it’s super-reactive. The combination of three oxygen atoms means there are a lot of electrons that aren’t happy with their lives and looking for a change. I think that’s how chemistry works. A lot of that reactivity happens in the upper atmosphere, where the ozone layer blocks almost all of the sun’s UV rays, effectively keeping us from the aforementioned irrevocable death.

Where did the hole come from?

Excellent question. As near as I can tell from Knight Rider, it’s caused primarily by Hasselhoff’s machismo. The other main cause is those pesky CFCs. The chlorine molecule breaks off from the CFC and steals away one of the oxygens like a Brazilian dance instructor. The other two oxygens decide they’re better off without her, and everyone is happy. Except the ozone layer. Now, every spring, as the temperature drops over the South Pole, the conditions become perfect for rapid depletion of ozone. The “hole” isn’t really a hole; it’s just an area where the ozone concentrations are really low.

So, what’s the deal with the hole in the ozone layer?

Okay, the meat and potatoes. Now that we know what the actual hole actually is, we can understand the news I’m about to relay. The hole is… still there. That’s right, despite the media no longer paying attention to, since it’s become a yearly phenomenon and is no longer scary, the hole is still there. It comes back every Antarctic spring, like clockwork. The hole has gotten steadily bigger, and lasted steadily longer. When we first noticed it, it covered about 3 million square kilometers and lasted from late September until late October. Now, it spans nearly 30 million square kilometers and lasts from about August to about December. But it’s not all bad news. According our friends at the National Oceanic and Atmospheric Association (NOAA), the hole looks to be on the mend. Remember the Illuminati plot from a minute ago? That was actually called the Montreal Protocol, and it was a summit to specifically address the ozone hole. That’s where the ban on CFCs and other ozone-depleting agents came from, and it seems to be working. According to the Protocol, ozone killers were supposed to be out of mass production by 2000. We’ve mostly achieved that, and we’re starting to reap the benefits. According to the graph about halfway down this page, recovery started in 1997, about two years after the initial phase-out of CFCs. Since then, total ozone has ticked up slightly, and appears to be on the rise. I … I don’t know what else to say. It’s really not that often that I get to give you guys good news. It’s usually doom and gloom and “you won’t be able to breathe” and “you’re gonna run out of water!” This is … actually pretty refreshing. Hey, everybody, the ozone layer is fixing itself! Something we, as humans, did actually made a difference! That sorta gives me hope for this whole climate change thing. So, as far as the ozone goes, you keep on not buying the ozone-depleting agents that aren’t in production anymore anyway, and we’ll keep on getting a thicker ozone layer. Deal?