Which Cities Are Recycling Leaders?

Across the U.S., which cities have made huge cuts in their waste? 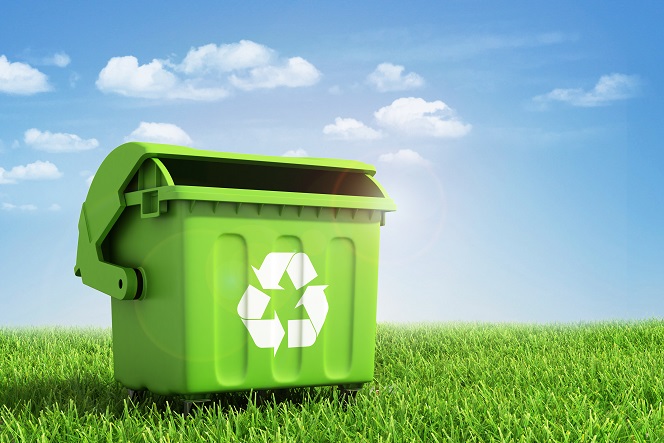 Since the inception of the Three R’s – reduce, reuse and recycle – Americans have increased their efforts to be eco-friendlier. Nearly every city in the country offers some sort of recycling service, whether it’s curbside pickup or a municipal center that people can drop items off at. And while the number of people recycling continues to grow by leaps and bounds, there are some cities in the US that are going above and beyond in their commitments to sustainability. Which cities are recycling all-stars? Read on to find out!

The City by the Bay is known for being one of the eco-friendliest cities in the United States. A whopping 80 percent of waste in San Francisco is diverted from landfills and reused. This is not only due to the fact that residents of this California city are hyper-aware of sustainability issues but also because San Francisco recently passed extremely strict rules on waste management. For example, the city banned plastic shopping bags in 2007 – the first ban of its type in the nation. Many metropolitan areas have passed similar laws and more are introducing them each year.

Considered by many to be somewhat of a hippie haven, Portland’s waste management efforts are quite impressive. Oregon’s largest city boasts a 74 percent recycling rate – one of the highest in the country. This is despite the fact that curbside pickup service is privatized, with 40 different independent companies offering blue bins. Bruce Walker of the Portland Bureau of Planning & Sustainability credits a strong cooperative relationship between citizens and service providers for the city’s recycling success. “You can have all the cooperation in the world between haulers and agencies, you can have all the infrastructure in the world, but without a public that’s enthusiastic about recycling and composting, where would you be?”

Austin may be known for its barbecue and music festivals, but it also happens to be a recycling super star in its own right. The city recently implemented curbside composting for all residents. Currently, 7,800 homes have the 96-gallon carts that collect organic materials with more signing up every week. Austin also uses single stream recycling, also known as no sort, which makes the process easy. This, in turn, encourages increased recycling participation citywide, which is currently at an all-time high.

Much like Austin, the Mile High City introduced no-sort recycling in 2007 with the opening of the Altogether Recycling Plant. The facility is capable of processing 6,000 tons of glass, plastic, metal and paper every month. Additionally, the program was the first in the state to accept 3-7 plastics and aseptic milk cartons and is the only one that accepts rigid plastics. Over the last eight years, Altogether Recycling has been able to conserve nearly 800,000 trees and save over 328 million gallons of water.

Chicago, the nation’s third largest city, is among the top when it comes to their sustainability efforts. The Chicago Recycling Coalition is responsible for implementing green initiatives throughout the city, including composting, commercial recycling and economic incentives for eco-friendly practices. The Windy City also has an innovative Green Roof program, which encourages the building of rooftop green spaces and gardens. Since implanting the program, more than 4 million square feet on public and private buildings have been converted.

The City of Angels boasts a 76.4 percent recycling rate – second only to San Francisco. It also followed its northern neighbor by implementing a plastic shopping bag ban at the beginning of 2015 but took things a step further by adding a 10-cent charge for paper bags. Los Angeles has ambitious waste goals, seeking a 90 percent reduction in waste by the year 2025 (zero waste is clearly the ultimate goal). At the same time, the city is also pursuing several waste-to-energy projects with the goal of preventing climate change. Thanks to its efforts, Los Angeles has seen a drop in the amount of trash thrown out per day by the average citizen – from 5.9 pounds to 4.2.