Why is Biodiversity So Important?

Unless you’re looking forward to an Earth where only bacteria exist, you may want to start paying greater attention to biodiversity. 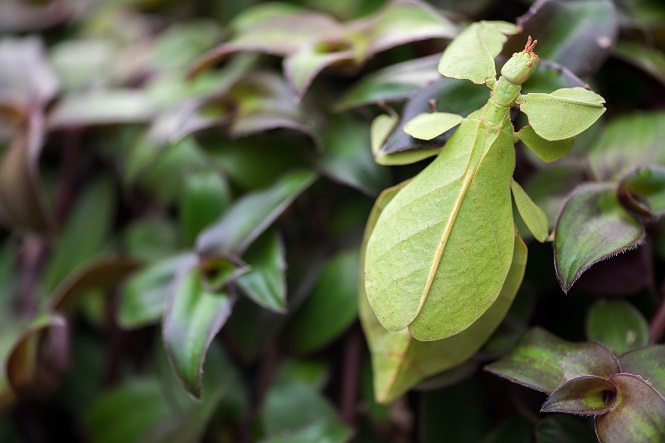 There’s a flower in the Mediterranean called the bee orchid. Well, it’s spread around most of Europe, but the ones in the Mediterranean are of particular interest. See, the bee orchid is one of a few flowers that are able to self-pollinate, which they do almost exclusively in the northern parts of their range. But in the south, it’s a little warmer. By the sea, the climate can support the bees for which the flower is named. It was named after a genus of bees called Eucera, because the flower has a petal that pretty closely resembles a member of the Eucera genus. The flower also happens to put out a lovely scent that pretty closely mimics the pheromones given off by female Eucerians. Any passing males, being just about smart enough to be fooled by a cardboard Michelle Trachtenberg cutout with a spritz of Chanel No 5, dive bomb that petal and… introduce themselves. After what probably won’t be the most disappointing reproductive attempt of their lives, they fly off in search of another lady, taking an accidental payload of pollen with them. When they find another seductively dressed flower, they lather/rinse/repeat, spreading pollen like – well, like an STD. The thing is, though, the bee orchid doesn’t look exactly like any extant species of bee, which has led some to speculate that the species it evolved to mimic has gone extinct. That extinction caused the orchid to lose its main pollinator in the north, meaning only the plants that had already figured out how to do it themselves survived. In the south, there was apparently enough Greek wine for the locals not to care so much. The species survived in the north because orchids are some of the most diverse, crafty lifeforms on the planet, and they routinely give the middle finger to silly things like extinction events. But what if it had been part of a less tenacious genus? What if the flower hadn’t figured out, at the zero-hour, how to save its people from destruction? The loss of the bee would have spelled doom for the bee orchid.

Biodiversity at its finest

The bee orchid is one of my favorite flowers. It’s also a fantastic object lesson in how a species can become dependent on another species. The flower needs the bee to pollinate it, the bee has a good time and goes home with the reassurance that it won’t be getting any awkward phone calls in nine bee-months. Meanwhile, the yucca plant has developed a much closer relationship with the yucca moth. The female moth lays her eggs in the yucca flower and then intentionally pollinates the flower so that it will grow into a fruit. The larva then feed on the fruit, and the leftover seeds serve to propagate the species. Without the specific actions of the moth, the plant would die out. Without the protection of the plant, the moth would have no place to lay its eggs and would likely suffer the same fate. There are an estimated whole freaking crapton of species out there, each with its own unique evolution story. Some of them are beautiful, like the hummingbird growing a longer tongue so it can hang out by flowers and make everything prettier. Some are horrifying, like the fungus that controls the minds of ants and leads them to the best growing conditions before killing them, because nightmares.

The interdependence of everything

But the thing is, each one of these species serves a purpose. And I don’t mean some higher cosmic Purpose. Each one is useful in some way, and each one helps keep at least one other species on this rock. Algae feeds little tiny fish, which become food for larger fish, which then become food for even larger gilled abominations. Those finned horrors become lunch for birds, which occasionally land on the wrong branch and end up as lunch for a bobcat. The bobcat gets eaten by a wolf, who goes swimming too soon, gets a cramp and drowns. His decomposing body pollutes the water, which causes a growth of – you guessed it – algae. It’s the circle of life, Simba. Everything relies on everything else. Including us. We need the animals because they taste good. We need the plants because they taste good when cooked with the animals.

How we’re ruining it

Yeah, you knew this was coming. We’ve officially counted over 1.6 million distinct species, most of them too small to see. Of those, some 76,000 are tracked by the International Union for Conservation of Nature (IUCN). About 22,000 of those species are at some risk for extinction. That’s 25 percent of mammals, 12 percent of birds, 33 percent of amphibians, and almost three-quarters of all plants. In the last half-millennium, we’ve driven over 800 species into oblivion. They’re dying for a number of reasons. Some of them are getting forced out of their habitats by our ever-expanding cities. Some are dying as a result of anthropogenic climate change. Some we’ve just killed until there weren’t any more left. And every species that we lose is another broken link in the chainmail that protects the delicate ecosystem of our planet. Each extinction sets off a chain reaction that we can’t foresee.

But do we need so many species?

1.6 million species seems like a lot, and it may even seem unnecessary. What more do we really need than cows and corn? We grow the corn, feed it to the cows so they get fat, then we eat the fat cows. And if we’re still hungry, I guess we could eat the corn, too. At least, until a disease sweeps through the corn population (and don’t think it won’t). Think of the extra species as a patchwork safety net. If something happens to one species, there are enough (for the moment) that another will probably be able to fill its shoes. But at the rate we’re adding names to the endangered list, that won’t hold true for long. And if we lose enough of them, holes will start to appear in the quilt, and things will start to snowball. Extinctions will lead to more extinctions as the support structure of the ecosystem crumbles until the only things left alive are bacteria and those incredible orchids.