Why We Need to Teach Environmental Issues in Schools

Environmental education isn’t just a college major. It should start early and in all schools. 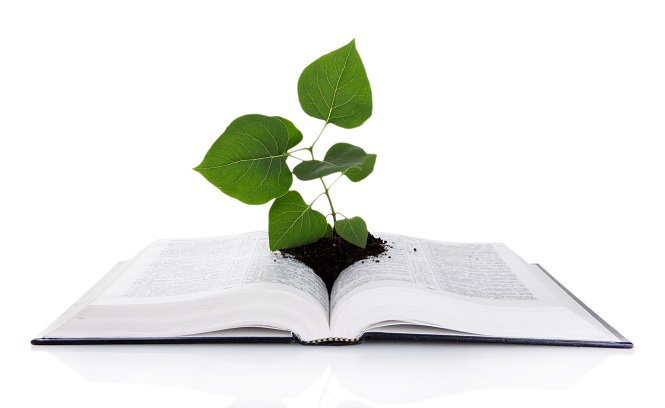 I blew the dust off my television today. That’s not to say that I’m a terrible housekeeper. I just mean that I haven’t actually watched TV in a while. But I turned it on today and I learned something interesting. Apparently there’s some sort of election scheduled for next year. Since I didn’t want to be caught with my pants down, I went straight to my computer box and looked up all of the candidates. This time, I was less interested and a little more shocked. What I found was a field of candidates more than double my strapping 32 years. I mean, these people are old! And I’m not knocking the wisdom or experience of any of the candidates, but I know that I’ve found myself growing less flexible as I age, not more. So I couldn’t help but think to myself, “As fast as our world is changing, will someone born before WWII be able to keep up?” And that thought led me to Congress, whose average age is currently 57. A little better, but still predating the microchip (1959), which played a major part in building the nation they’re trying to steer.

What’s that got to do with the environment?

Hold your horses, subhead. I’m getting there. The thing is, our elected officials were raised in an era where everything was assumed to be plentiful. Many of them don’t stop to think about the environmental consequences of their actions, because that’s not how they were raised. It’s because they were taught that the earth is enormous and there’s nothing we tiny humans could possibly do to affect it. We know better, but sadly, we’re not the ones making the policies. The thing is, cleaning up our mess starts with us, but it doesn’t end with us. It gets passed down to the tiny versions of us riding in the back of our electric cars and breathing in the filth spewed from the back of the monster truck in front of us. That’s right. I’m going Whitney Houston all over this punk.

I believe the children are our future

… And it’s up to us to teach them well so they can lead the way. Change doesn’t start with geriatrics. Their work is done. Change starts with young fresh minds, on college campuses where students join protests to get out of class, and on and on…. But I think we’re still starting too late. See, by the time kids get into college, they’re already set in a routine of consumption and waste that’s surprisingly hard to break. The key is to get to them younger, teach them earlier that every action they take has consequences that may not be immediately apparent but will come back around eventually.

I’ve never really gotten on the whole “school don’t teach you nothin’“ bandwagon. I’ve always loved the classroom and the knowledge I could soak up therein. But recently I’ve realized that, especially in the area of environmental consciousness, my education was severely lacking. In fact, the only green-related idea I remember bringing home from school was a paltry suggestion to “Maybe ask the cashier to not give you a bag if you don’t need one.” Good advice, sure, but hardly a roadmap to reducing my footprint. Luckily, I’m not the only one who’s realized this. A number of organizations have sprung up around this very idea. Project Learning Tree, for instance, has developed a wide range of curricula covering everything from energy conservation to biotechnology. Its work covers all age ranges from early childhood through high school, and it has even done the work to make it meet national and state academic standards. Think Earth has done the same thing, with short, one-week units that are easy to teach and proven to be impactful on the students who receive them. The options for adopting some sort of environmental education curriculum are expanding every day. Yet how many states have any sort of mandate on the books that it be taught? Eleven. And most of those are decades old, forgotten before we even realized they needed to be enforced. What we need now is comprehensive curriculum teaching kids about things like e-waste, climate change, the effects of overconsumption, deforestation … you get the idea.

But isn’t that the parents’ job?

C’mon. Don’t bring that garbage around here. We know better than that. Do you know how many acres of rainforest were clear cut last year? How about the number of species that went extinct? What about how many pounds of CO2 your family released in the past six months? Yeah, me neither. I’m just about as knowledgeable as I am handsome, but there’s way too much science out there for one dad to even make a dent in it. When object lessons crop up in real life, I teach my kids what I can. But what they need is a solid scientific background so they can correct me when I get it wrong. They need to hear the facts from a teacher (whom they’ll believe over a parent every time) rather than secondhand tidbits gleaned from the Internet. That way, when they grow up to be politicians, they might have a little bit better perspective on what needs to be done. Or, at the very least, trust our scientists more. Make no mistake, folks. There is a future president in school right now in this country. That’s a near certainty. It might even be your kid, or mine. We have to decide right now what sort of president we’re raising. Do we want someone who’s great with the economy because that’s what they were taught? Or do we want a leader with the knowledge necessary to be a good steward of our planet? I choose both. So, next November of 2055, vote for my kid. If we’re all still around.