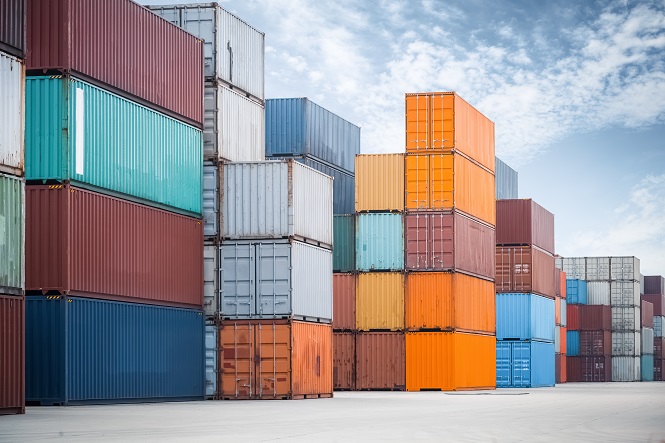 The other day, we talked a little about my day job. But I also have another job, because who needs free time? I’m an Air Force Reservist, which means I get to do all sorts of fun things once a month. And before joining the Reserve, I spent seven years on active duty. As a result of my 11 years Total Federal Military Service, I’ve seen rather a lot of a select region of the world. I’ve taken four separate trips to three different Middle Eastern countries, where I fixed a lot of airplanes and learned a lot about making the most of a bad situation. One of those trips I spent in Baghdad, running the tool crib/armory when there were no planes to fix. I sat in an 8’ x 14’ shipping container, passing the time learning card tricks and watching every TV show on the morale drive (a shared drive of movies and TV shows we could access during our down time). I practically lived in that shipping container. And I thought it was sorta funny and unique, until I got to Afghanistan and saw entire dormitories constructed from stacked containers. Still funny, if not so unique. But that got me thinking. Believe it or not, the military tends to be pretty efficient. The Air Force is run like a huge corporation, and they don’t like to waste money. It’s bad for business. So, if the military has crunched the numbers and found shipping containers to be a cost-effective means of storing people, maybe it’s worth looking into.

Really, subhead? Not even gonna give me a chance? Fine. He’s right. Shipping containers actually make terrible houses. For starters, my little 8’ x 14’ slice of heaven wasn’t really all that heavenly. The ceiling was claustrophobically low. Containers don’t really have very high ceilings anyway, and this one had been retrofitted with all sorts of electricals and ducts and such, which ran between the ceiling and the room, reducing the head space even further. I can’t even imagine what trying to add plumbing would look like. Maybe it’s because I was in one of the hottest parts of the world, but even May, when I left, it was uncomfortably warm. The little air conditioners outside screamed in protest of the heat as they tried to pump cool air in to me, but something about steel sides tends to turn a box into an oven. The walls were covered with … something between plastic and fiberboard, but even that was hot to the touch when the sun beat down on it. And that’s just one container. The dorms in Afghanistan had it worse (I lucked out and got a hard billet, with good concrete walls). They were three stories of boxes stacked on top of each other, with all the plumbing and electrical required for over 100 occupants. The containers were held together with steel supports and the whole structure look surprisingly sturdy. All of that extra steel is absolutely necessary when you’re joining boxes. Apparently, the corrugations on the sides are a major part of the structural integrity of the container. Once you start cutting windows and doors and removing walls to stick them together, you’ve gotta do some major shoring-up. Otherwise the tin can you’re living in will crumple. If all of that hasn’t convinced you that shipping containers are a bad idea, Subhead has some news for you.

Shipping container houses are bad for the environment

Ain’t he just a ray of sunshine today? But again, he’s right. In order to be remotely livable (by which I mean “literally not kill the occupants”), my little tool cave in Baghdad had to have multiple air conditioners. Granted it probably could have been reduced to one or two, had the place been well-insulated, but if I remember correctly, it took four of them just to allow me to work. So, already you’re looking at an increase in heating and cooling, even if you do insulate. Because shipping containers are relatively light, you can’t count on things like thermal mass to slow temperature changes in your house. That means a net increase in energy expenditure, even over a much larger house. But what about the upcycling aspect? I mean, people are taking unwanted shipping containers and turning them into something that makes peoples’ lives better, right? Yes. That’s true. But steel is also recyclable. Those containers can be melted down and formed into studs that can then be used to frame a larger house. That house can be built of sustainable materials, be more structurally sound, and more energy efficient than the tin can it started out as. So, basically what I’m getting at is, shipping containers work great for moving stuff around the world. They’re sturdy, they’re relatively uniform in size and they don’t complain about carrying gross stuff. But they’re not really a good fit for the housing market. Especially from an environmental standpoint. So, I guess I’ll have to look elsewhere for my fun, unique, economical, environmentally friendly house. Oooh! I wonder how much it costs to heat a train car…