(Back to) The Future of Wind Turbines

Wind turbines aren’t your standard windmills anymore – some don’t even have blades. 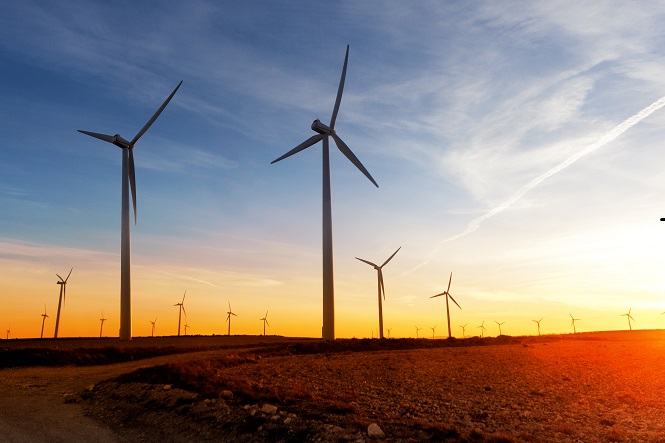 Guys! Hey, you guys! Guess what! It’s Back to the Future Week! In only two short days, Marty McFly will show up in a tricked out DeLorean and blow the lid off of Biff Tannin’s whole Sports-Almanac-cheating empire. And boy does that guy have it coming. How dare he go back in time and make himself rich before I get a chance to think of doing exactly that thing? Jerk. But, time-travelling bullies aside, BttF highlighted something that we’ve all been hyper-focused on since about the time Marty took his mom to prom – the incredibly rapid progress of technology. The movies made some bold predictions, which didn’t quite come to fruition. For example, we don’t really have flying cars that run on garbage. We don’t have shoes that tie themselves, and especially not hoverboards (disappointing link omitted intentionally). What we do have are close-up pictures of pluto, phones more powerful than every computer in Biff Tannin’s high-rise office building combined, and incredible new ways to harness the wind and the sun to produce energy. Recently, a couple of new wind turbine designs have caught my eye. Like the …

Yes, that said portable. The folks at Trinity really enjoyed the form and function of wind turbines, so they thought to themselves, “What if we could bring that with us everywhere?” And I could reply was “How has no one ever thought of that before?” I mean, what could we not do with portable wind energy? The Trinity comes in four sizes, ranging from charge-your-smartphone size to power-your-friggin’-house size. Each one comes with built-in batteries and USB ports, and the big ones come with wall sockets so they can plug into your house or RV. They have two setup modes, with the blades positioned horizontally for low winds, or vertically for high winds, and if you forget to change it before a storm hits, the turbine will stop itself so it doesn’t get damaged. And it can generate power in winds as low as 4 MPH. Janalus, the genius creators of the Trinity, have even created a smartphone app so you don’t have to get too close to the giant fan you’re about to turn on. The best part? They’re all completely portable. They fold up into convenient cylinders that can go anywhere you can. The small one weighs in at a meager 1.4 pounds and probably costs less than the smartphone you’re reading this on right now. The Trinity might just be the wind solution for individual use. But what about large-scale production? We’ve still got vast fields of spinning death wheels, like an elaborate trap for Indiana Jones. Well, those may be on their way out the door, too, thanks to the

The Vortex has the awesome distinction of being the only product on the market designed around the Like-like from Legend of Zelda. It stands straight up and sorta wobbles, just like Hyrule’s most annoying monster when you whack it with your sword. But apart from looking silly, the Vortex represents the pinnacle of green design. Rather than sticking with the same model everyone else uses, Vortex Bladeless took the parts of the wind that nobody else wanted and created something out of those. See, when wind rushes over something, it’s not just a straight shot. It creates little eddies and whirls, which are called vortexes. These vortexes can cause a lot of trouble, on the order of collapsing bridges, if they’re not carefully designed around. Vortex Bladeless felt sorry for those little guys and decided to put them to work. Their turbine uses those eddies to set up a rocking motion, augmented by magnets in the base. That rocking motion turns an alternator, which produces a surprising amount of power. The VB takes about half the materials to produce, needs about half the space, and costs about half as much to operate as a traditional turbine. It produces about 2/3 the energy, but when you combine two of them to equal the costs and space of a single one, you still come out smelling like roses. The Vortex Bladeless may not be quite as portable as the Trinity, but it has the advantage of having exactly zero moving parts in contact with each other. This reduces the necessary maintenance so much that VB wants to install bladeless turbines offshore. Every watt of energy we’re able to harvest from the wind is one that doesn’t have to be made by burning fossil fuels. These two turbines have real potential to make wind tech accessible to everyone, no matter where they are. And that’ll help out a lot when our electric cars get the ability to fly. That really drains the battery.