How Do Commodities Markets Affect Recycling?

When you’re throwing your plastics in the blue bin, commodities markets may not be anywhere close to mind. Perhaps you should change that…. 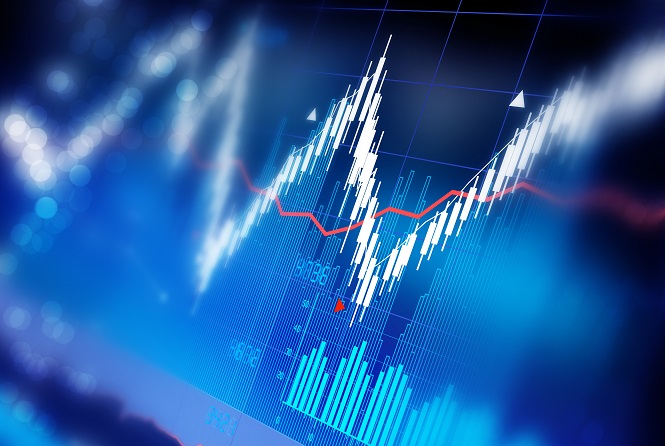 Ahh, money. Isn’t it great? I had some once. Someday I plan to have some more. It’s funny, though. It’s just a bunch of slips of paper or electrons configured in a certain way, and we’ve collectively decided that it’s allowed to dictate our every move, from what job we take to how well we eat. We have entire industries dedicated to moving those electrons from one place to another, and a whole marketplace where the price of the electrons is based on what we all decide it is at that moment. That place is called a stock market, and it’s a strange and convoluted place. It has stocks, bonds, index funds, hedge funds, mutual funds, futures, options and commodities. And those are just some of the words I used to think I knew the meanings of before reading a book about investing. It turns out, though, that the market affects a lot more than just where those electrons go. It can mean the difference between a business thriving and failing miserably, it can influence your choice of president, and even affect how much you recycle.

Take commodities, for instance. A commodity, for my fellow economic illiterates, is a primary good. It’s something in its basic form that will most likely be made into something else. We’ve all seen the commercials about the price of gold and why you should invest in it now! That’s a commodity market. So are wheat, oil, iron, silver, copper, sugar and coffee. To name a few. The price of these goods varies based on a number of factors, like the cost of labor, the cost of shipping (which itself depends on the cost of oil), and the scarcity of the good. Naturally, if something is easier to come by, it costs less than something that takes more effort. And that’s kinda where the problem comes in for recyclers.

How does the price of oil affect recycling?

Did you know that it costs money to recycle stuff? When the recycle gnomes come out at night to take the stuff out of your bins, they usually sell it to a recycling plant. That plant grinds it up or melts it and turns it into usable stock that can then be sold to someone else. But the buying of the materials from the gnomes and the actual recycling process can be pretty expensive. Recyclers sort of exist in limbo, in that sweet spot between the price of producing and the price of recycling. They count on the fact that making something out of recycled materials will cost less than producing it from virgin stock. That’s what allows them to stay in business and keep our society from complete collapse (probably). Here’s another fun fact: Plastic is made from oil. I’m sure you already knew that. You probably also knew that oil prices have done a nose dive this year. Cheaper oil means it’s cheaper to make plastic. And because the cost of recycling is only very slightly dependent on the price of oil, the margin between happily recycling as much as we can and the Overuse Apocalypse gets smaller. Right now, the cost of making PET (the kind of plastic in soda bottles) is about 67 cents per pound. The cost of recycling is roughly 72 cents per pound. See the problem? In order to stay afloat, recyclers have to reduce their costs, which means paying less for materials. Those materials come mainly from city recycling programs. The city picks up your recycling, earns a little scratch, and then the recyclers turn that into green profit. But now some municipalities are looking at taking overall losses on the recycling business. And apparently, when something starts losing money, it gets cut. Even if it’s the right thing to do. So, if it continues to be cheaper to produce plastic than to recycle it, we could see cities ending their recycling plans. I don’t like to be pessimistic, but if that happens, I’d wager at least half of the residents of those cities will stop recycling as soon as it stops being convenient. Because, again, if something costs money, it doesn’t get done. So, the next time you’re sitting at the gas pump, thanking all the stars on the Texas flag for the recent drop in gas prices, maybe don’t be quite so hasty. When the price of oil does go back up, it’ll bring with it the cost of producing plastic. When that happens, we’ll know our cities will keep recycling and the facilities they send the materials to will be safe from bankruptcy. And, just like that, the world will be saved from turning out like ”The Road”. All because we collectively decided that we were willing to pay just a little bit more at the pump. Ain’t money great?