How Wasteful is Your Tailgater?

It’s football season, and whether you’re a master tailgater or a newbie, consider reducing your pre-game tradition’s wastefulness by adopting these tips! 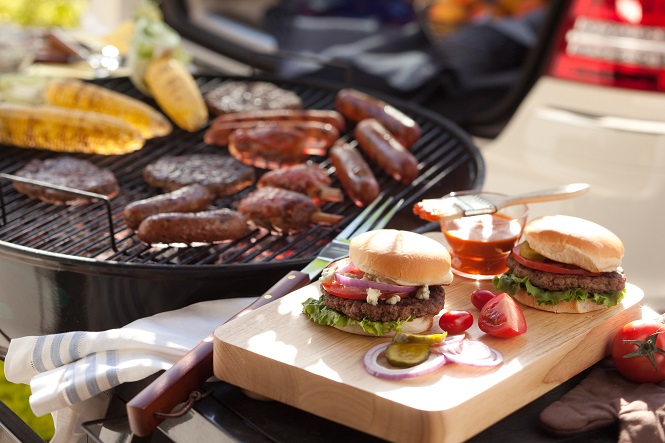 Whether you love college football, professional football, baseball or hockey, you may throw more than one tailgating party a week. After all, there’s no better time to celebrate than right before the game begins. However, tailgating can be a costly event, especially if you consider its impact on the environment. Here are some common ways that you may be negatively impacting the planet with your tailgating habits.

Grilling may seem like a harmless activity, but no matter how you slice it, it is a source of air pollution, according to researchers from the University of California. Furthermore, grilling can create smoke that includes carcinogens. Once they enter your lungs, they can have a negative long-term effect on your health.

How much do you clean up after you’ve been tailgating? Depending on how much food and beverage you bring to your tailgate, you could be leaving an ample amount of trash behind. Think of the cans and food wrappers that are left in your tailgating spot once you get ready to watch the big game. About $11.5 billion is spent on cleaning up litter each year, according to LitterItCostsYou.org.

Depending on how you get to the tailgating site, you could be spending a lot of cash on gas while also emitting a large amount of carbon emissions into the atmosphere. Cars and trucks account for one-fifth of all carbon emissions created in the U.S., wrote the Union of Concerned Scientists. Of course, these are just a few of the many issues that come up when you’re tailgating and cheering on your favorite teams. However, you don’t have to increase the impact of your carbon footprint just because you want to celebrate. Here are a few tips you can take into account to make sure you’re always being green at the game.

1. Use gas or propane

About 39 percent of tailgaters use a grill to cook, according to Tailgating.com. Instead of using charcoal, which can emit a large amount of smoke while barbecuing, try gas or propane at your tailgating event. This can reduce the air pollution you create while preparing food. To take it one step further, you may also want to pre-cook some of your meat before the game. This can reduce the amount of fat that burns off when it’s tossed on the grill, as well as the smoke that’s created during the barbecuing process. Less smoke means less air pollution!

2. Be conscious of your waste

Approximately 75 percent of Americans admit to littering within the past five years, explained Visually. You might be one of these individuals, but that doesn’t mean that you can’t change your ways. Furthermore, you can start by altering how you tailgate every week. Becoming more conscious of your waste will put you one step closer to going green. Before you head over to the stadium, bring along bags or containers that can be used to sort recyclable items (e.g., plastics, paper, aluminum). Label these bags or containers prior to leaving the house. Once you arrive at your tailgating site, all of the organization will be done for you – the only thing you and your fellow tailgaters need to do is dispose of items in the appropriate areas.

3. Carpool to the location

For approximately 49 percent of tailgaters, it takes up to an hour to get to their sporting venue. Whether you’re traveling 15 miles or 50 miles to the tailgating location, think about how much waste you may be creating by using your own car. Instead of driving to the venue by yourself, you may want to consider carpooling to reduce waste. You could also use public transportation, if it’s available, to cut down on the carbon emissions created while traveling to and from the game.

4. Use recyclable or reusable products

Tailgaters spend an average of $500 on food and supplies every season. If you’re going to be using plates, utensils and cups at your tailgating celebration, consider opting for reusable items. You may have some dishes to wash when you get back home, but this can substantially reduce the amount of waste you create at your party. If you do not want to utilize reusable items at your tailgating event, make sure you’re bringing plates, cups and utensils that can be recycled.

An easy way to make sure that you’re going green at your next tailgating celebration is to purchase your food from local vendors and growers. Doing so can help the environment by reducing the transportation costs that come with non-local food. Additionally, you’re reducing the reliance on chemicals utilized in processed foods.

While you’re considering the food you can bring to your next tailgate, why not think green when it comes to your beverages as well? There are now plenty of organic beers on the market, according to Mother Nature Network, and even big manufacturers like Anheuser-Busch are getting in on the action. They can typically be found at vendors ranging from Trader Joe’s to Whole Foods, making it easy to find them before you head over to the sports venue. Of course, it takes a full effort from all of your fellow tailgaters to make sure that you are as green as possible at your next celebration. Setting some ground rules before the party can help – no littering, recycle when possible, and think twice about where you buy your food for the tailgate. About 95 percent of tailgaters prepare food at the stadium. Fifteen percent travel up to four hours to get to the sporting venue. Think about the difference you could make by changing your tailgating habits in little ways, whether it’s through transportation or grilling. In the end, you may inspire nearby tailgaters and fans to make green changes of their own.