Is Carbon Fiber Better for the Environment than Steel?

What is carbon fiber? Can it be recycled? 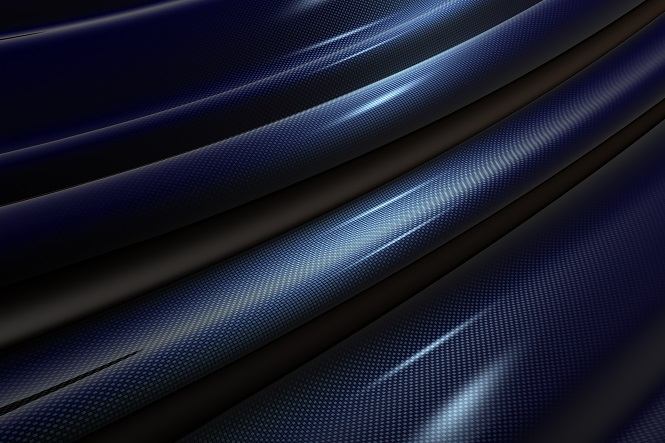 Man, I want a flying car. How cool would that be, right? And the fact that today is Back to the Future Day only highlights the fact that now, in 2015, we should have flying cars. If Doc can do it with 2015 technology, why can’t we? Part of the reason is because we’re still working on the hovering technology, part of it is because we’re figuring out how to fold the wheels up under the car in the coolest way possible, and part of it is because cars are very heavy. I mean, when you think about it, you’re sitting in the middle of 3000 to 5000 pounds of steel and accelerant. Getting that off the ground without enormous wings and a runway is no small trick. DeLoreans weighed a little less than that at about 2700 pounds, but that’s still over a ton of metal to lift off the ground. Luckily, science. Automakers realize that cars are heavy, and heaviness means higher fuel consumption. With standards for fuel efficiency getting stricter by the second, it’s in their best interest to knock off some of that extra weight. For that, they look to carbon fiber.

What is carbon fiber?

Carbon fiber is… well… fibers of carbon. Try to keep up here, subhead. More specifically, it’s fibers made up of carbon atoms that can be woven together into a material, or combined with a resin to form something a little more rigid. The latter is called a carbon fiber reinforced polymer (CFRP) but can also be referred to as carbon fiber because… vague. Carbon fiber is light, has high tensile strength, high temperature tolerance, high chemical resistance, high stiffness and low thermal expansion. In other words, it’s way overqualified to be your uncle’s slow-pitch softball bat. It’s used to make everything from car interiors to remote-controlled helicopters to racing bikes. And it’s already widely used in both the auto manufacturing and aerospace industries, so flying cars should be the next logical step, right? We do a lot of complaining about carbon here at RecycleNation, but even we realize that it’s not without its uses (like being the basis of life, or whatever). And creating lightweight, super-strong materials is one of them. Also, making the little bubbles in my fizzy drinks. Despite its proclivity for being awesome, though, carbon fiber does have an environmental impact that can’t just be disregarded.

What is the environmental impact of carbon fiber?

Well… it’s hard to say. There’s no doubt that carbon fiber costs a ton of energy to produce. In fact, it’s about 14 times as energy-intensive as producing steel, and the creation process spews out a significant amount of greenhouse gases. On the other hand, carbon fiber doesn’t corrode, degrade, rust or fatigue. That means it has a much longer lifecycle, so it potentially only has to be produced once where a steel part would have to be replaced multiple times. That makes its full lifecycle impact look a lot better. And, just as importantly, carbon fiber’s primary uses right now are in automotive and aerospace, where weight determines the amount of fuel used. Less fuel means fewer emissions, and since a carbon fiber part weighs about 20 percent of what a steel one weighs, that means an even better score for carbon fiber. Steel does have the advantage of being infinitely recyclable. A ton of steel can be made into thousands of miles of wire, a car chassis enough forks to make the Blue Raja weep with joy. And when you’re done with it, you can melt it back down and make … bowls or whatever. I don’t know what steel is used for these days. Guitars? Carbon fiber, on the other hand, is almost never recycled, and it survives for a loooong time in the landfill (see degradation above). And, of the 50,000 metric tons of carbon fiber that were produced last year, about 10,000 of those went into the waste stream without ever making it into a product. It ended up as scrap from the manufacturing process.

Can carbon fiber be recycled?

Abso-frickin’-lutely. Now. But that wasn’t always the case. Carbon fiber reclamation and recycling is a fairly new process. And, while it’s not quite as expensive as creating new CFRPs, it ain’t cheap. It typically happens in a process called pyrolysis, which literally translates to breakdown by fire. Sweet. The carbon fiber is heated to ridiculously hot temperatures in an oxygen-less environment, so it doesn’t actually catch fire. All the extra stuff melts away, and you’re left with pristine carbon fibers that can be reused for anything the original fibers were used for. Carbon fiber can also be recycled by milling or shredding, which is just as effective, but leaves you with a shorter fiber. Shorter fibers are weaker than longer ones, so the result isn’t quite as useful as pyrolysis-ized fibers, but they can still be used for things like electronics cases, which don’t need a crash rating. Recycling carbon fiber takes more energy than steel, but in the long run, it looks like it’s better for the environment. So, what I’m saying is, if I’m going to replace all of the steel in my DeLorean with carbon fiber, I’d better make sure it was recycled by pyrolysis. Otherwise, it won’t do as well after I run it into a few clock towers.