Give Earth a helping hand by cutting down on the carbon embedded in your current mode of eating. 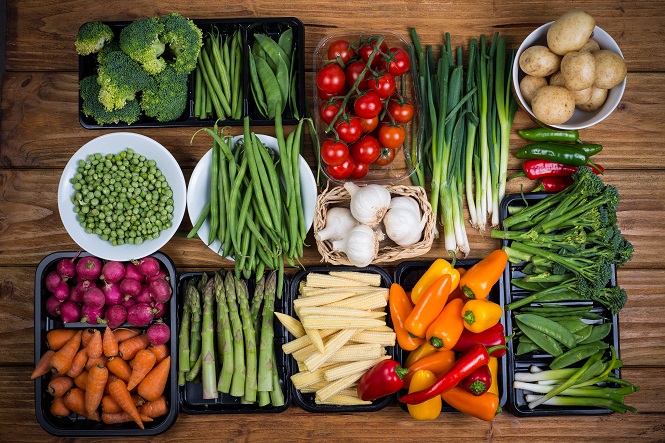 With all the crazy fad diets out there, a low carbon diet can come off as pretty bizarre if you’re not familiar with it. I’ve heard people say, “Low carbon? What, am I supposed to eat silicone now?” But a low carbon diet only means that you’re mindful of carbon emissions while you’re selecting what to eat. It means eating in such a way that reduces packaging, processing, transportation of the food and general waste. The food industry alone makes a large dent in our carbon emissions. The European Union food industry (including food, drink, narcotics and tobacco) accounts for 20-30 percent of the EU’s total environmental impacts from total consumption. Agriculture alone accounts for 9 percent of greenhouse gas emissions in the U.S., caused by land soil management, methane from livestock and burning crop residues, to name a few causes. The beef industry is usually cited as having the greatest impact. Raising cattle requires 28 times more land and 11 times more water than other livestock like chicken. The Guardian reported that giving up beef alone will reduce your carbon footprint more than driving a car. So how can you get a low carbon diet? The answer could range from small lifestyle changes to a complete dietary overhaul.

Start by calculating your carbon

Be mindful of waste

This point almost goes without saying but is important enough to mention nonetheless. If you’re buying or making more food than you can eat, that’s food industry greenhouse gasses that were literally just released into the air for nothing. Maisie Greenawalt, vice president at Bon Appétit Management Co. (a company that helps people make more environmentally friendly food choices), told Gaiam Life, “There are a couple ways of looking at food waste. It’s definitely a high-carbon item, and no matter how low-carbon a food is, if you’re wasting it, it’s waste. That includes the amount we throw out, and it also means the amount we overconsume. Overconsumption, which has become part of the value proposition in many restaurants, is not good for the planet or our personal health.” So use any leftovers, freeze what you don’t use for later and only purchase what you know you’ll use. Also, try to veer away from food that is processed and packaged as much as possible. Buying in bulk with your own containers will cut out the waste from all that plastic, and natural food means less carbon was emitted during processing.

Remember to hit up the farmers market and source locally grown food. The less your food has to be transported, the smaller the carbon footprint of your diet will be. Eatlowcarbon.org offered a good mantra to remember: “seasonal and regional.” Shopping seasonal can be a little tricky, but if you know several recipes for what’s local, practice preserving and freeze food for later, eventually shopping seasonally will become second nature.

Since beef has the most impact on the environment, if you feel comfortable with it, consider reducing or cutting out the amount of beef you eat. Grill up some chicken breast instead of that steak. If you end up eating a burger once a week, try cutting it back to once a month. Because cheese and yogurt often come from emissions-intensive cattle, consider reducing dairy products. Especially if you’re in an area where there’s a good chance it’s been shipped from afar. If you’re really up for a complete dietary overhaul, maybe it’s time to finally try going vegetarian or vegan, if you’re not already. If you sift through the carbon scores on many foods, you’ll quickly find the pattern that veggie-based foods like lentil soup have far lower scores than that cheeseburger. Audubon ran a good editorial about one man’s journey from being a born-and-raised Memphis-barbeque lover to a vegetarian, which he did specifically because of his concerns about climate change. Mike Tidwell, the author of the article, stated, “So why in the world am I a dedicated vegetarian? Why is meat, including sumptuous pork, a complete stranger to my fork at home and away? The answer is simple: I have an 11-year-old son whose future -like yours and mine – is rapidly unraveling due to global warming. And what we put on our plates can directly accelerate or decelerate the heating trend.” I’m loath to tell people whether they should overhaul their diets or not. People’s bodies and lifestyles are different, and different people often need different diets to feel optimal. But if going vegetarian or vegan is something you’ve been kicking around, now may be the time to do it.