Ooho – The Blob that will Replace Your Water Bottle

We dump an average of 167 plastic bottles EVERY YEAR in landfills. Some clever people are engineering solutions to the plastic bottle disaster. 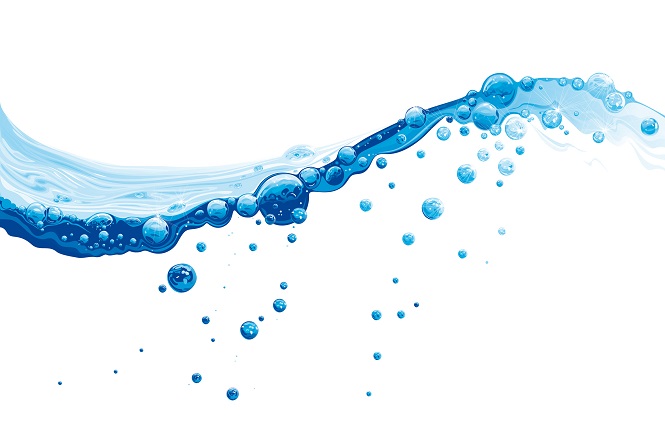 So, tomorrow is Back to the Future Day. And in light of that momentous event, inspired by the glory that is the Mr. Fusion garbage-fueled reactor, we’re taking this opportunity to highlight some interesting developments in the real world that could genuinely make a dent in our environmental issues. This is the kind of stuff that would make Doc Brown sit up and shout “Eureka!” Yesterday we talked about some pretty cool new wind turbines. Today, we’re looking at an even bigger issue. See, we don’t have Mr. Fusion reactors to make our garbage problems disappear. Instead, we have entire mountainous vaults where we enshrine the refuse of yesteryear in what must be the most disgusting form of hoarding ever invented. For each and every one of us last year, an average of 167 of those filth offerings was a plastic water bottle. That equates to about 53 billion water bottles. And, since they decompose at about the same rate as the Saarlac digests bounty hunters, they’ll be sitting around for a while. Lucky for us, there may very soon be a replacement.

The replacement for plastic water bottles

Meet Ooho (pronounced oh-oh). Ooho is a blob. More specifically, it’s an edible, biodegradable membrane that contains enough water to wet your whistle in a quasi-convenient glub. It’s a zero-plastic, zero-waste container that you can make in your own kitchen. I’ll tell you how in a minute. Now, I’ll be honest. When I first heard about these things, I was highly skeptical. I watched the videos about how to make them, and I thought, “Gee, that seems wasteful.” And, in fact, the creation process requires more water than you’re actually able to package. But it’s nothing compared to the nearly two gallons required to create one plastic bottle. And it doesn’t use any oil. And then I thought, “OK, but you have to use calcium lactate and sodium alginate? Those sound like Twinkie ingredients, so they can only be terrible for you.”

What are calcium lactate and sodium alginate?

It turns out not everything that’s referred to by its chemical name is just waiting to murder you. Calcium lactate is what you get when calcium carbonate meets lactic acid. I know, that sounds scary, right? Let me put it this way, if you smashed together a bunch of eggshells and yogurt, one of the byproducts you’d get is calcium lactate. Lactic acid is a naturally occurring acid that is used in all sorts of food, from dairy products to sourdough bread, and even some beers. Calcium carbonate can be mined, but it’s also found in basically every eggshell or mollusk shell out there. It may also have been found in large quantities on Mars (more on Mars later – stay tuned). When combined, these two create calcium lactate, which is one of the primary ingredients in baking soda. Not so scary now, right? Sodium alginate is a little more terrifying, but only because seaweed forests give me the jibblies. It’s produced from brown seaweed, and is a flavorless gum that’s used in a lot of foods to thicken them. Combined with the calcium lactate, it makes a flexible membrane that’s edible and 100-percent biodegradable. And will pop all over you at a moment’s notice.

The problems with Ooho

Let me throw out a disclaimer before I get into this section. I am now a full convert. I love Oohos. I think they’re fantastic, and as soon as I find some seaweed, eggshells and yogurt to blend up, I’m gonna try my hand at Ooho-ing. But they’re not perfect. For one, who has a bunch of sodium alginate and calcium lactate just lying around? I mean, you can buy them on Amazon, where 16 ounces of both of them will run you about 40 bucks. And that 16 ounces will make about 90 batches of Oohos. OK, that’s not much of a drawback, is it? Number two, though, is. They’re kinda fragile. And, unless you just pop the whole thing into your mouth, they’re kind of a bear to drink from. And I don’t ever recommend drinking from a bear. It almost never works. You almost have to have a container to carry them around in (which you could probably fill with water just as easily), or they’re going to pop in your pocket. At the very least, they’re going to get pretty gross, requiring a double-layer Ooho (yep, that’s a thing) so you’re not eating your pocket lint. They’re probably not good for many drinks beyond water. Things like soda have to be pressurized to keep their carbonation, juices tend to be acidic, which might eat through the membrane, and coffee… well, it’s just not insulated enough to keep the coffee warm. But, imagine a world where we outlawed plastic bottles. We wouldn’t be able to put things like soda in our bodies and we’d all be healthier. But the main problem I have with Oohos is the fact that they’re not in every house in the world yet. I don’t mind getting wet. It happens almost every time I shower. And this is the first remotely viable solution to single-use bottles I’ve ever seen. And despite its lack of drink versatility, the same type of membrane can be made in a sheet so it can be used to package all sorts of things. Buh-bye, plastic! So, now that I’ve teased you for a whole article, it’s time to finally tell you how to make some little blobs of your own. Here’s what you’ll need:
Add a gram of sodium alginate to the single cup of water and mix thoroughly. Add five grams of calcium lactate to the four cups of water. Also mix thoroughly. Allow the sodium alginate solution to sit for about 15 minutes, then scoop some up in your spoon and plop it into the calcium lactate solution. Repeat until you’re satisfied. Stir gently for about three minutes, then take the bloblings out and put them into another bowl of water. After a quick rinse, they’re ready to go in your belly. Oh, and I haven’t told you my favorite part about Ooho. The creators licensed the recipe under the creative commons. They’re not looking to sell it for billions (even though it would be well worth it). They just want to make the world a cleaner, better-hydrated place. That’s a future I can get behind.