Power Up: The Economic Potential of Transforming Waste

Your trash may not just be waste – many organizations and governments are turning it into alternative energy sources. 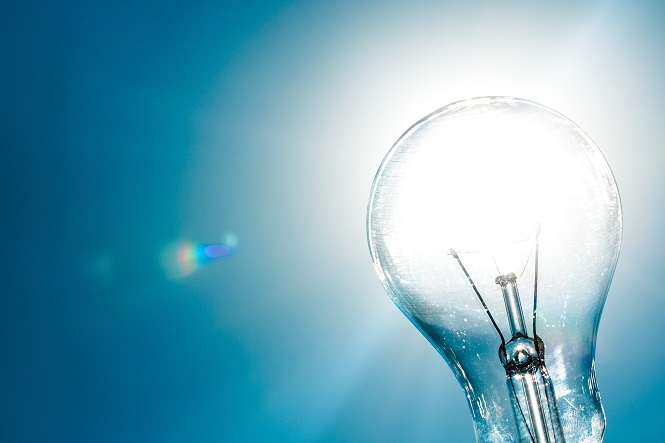 With the entire Internet talking about “Back to the Future, Part II” all last week, it’s been a painful reminder of what the movie said we were supposed to have on October 21, 2015. Some developments portrayed in the movie were not so great: Jaws 19, a creepy computer with Michael Jackson’s face serving us Pepsi. Then there was the flying car and the hover board. At the top of the list for what I wanted was the Mr. Fusion. I’m still in love with the idea of powering my car with soda cans and banana peels. All great science fiction exists within the spirit of truth, and the truth is that trash can produce power and is. Whether it’s unleashing the power potential in trash or using sewage to generate power, modern technology shows us just how pointless landfills can be.

All over the world, trash is being transformed into electricity. One such case is with Africa’s waste. Clean Technica reported the European Commission Joint Research Centre (JRC) said electricity production from waste generated in Africa could get up to 122.2 TWh in 2025. That would equal 20 percent of the electricity consumed by the continent in 2010, or 40 million African households. The transformation will need to come from support towards collection systems, waste management infrastructure and, most importantly, waste-to-energy plants. How they turn waste into energy is downright neat. For instance, a “How They Do It” video from the Science Channel reported on how the Essex County Resource Recovery Facility in Newark, New Jersey, turns waste into power, specifically the waste from St. Patrick’s Day festivities. The plant process 3,000 tons of garbage each day. The trash ends up arriving wet, so it gets put into a drying chamber. Giant claws (not unlike the ones in a toy claw machine) turn the trash until it is aired out enough for processing. Once the trash is dried enough, it goes into incinerators. The ash is removed and magnets remove any metal out of the ash. The fire heats water in a gigantic boiler. Water moves through piping, and the fire turns that into steam. The steam gets pumped up to the turbine room, where turbines spun by the steam generate the electricity. Norway is also on the leading edge of creating energy from trash by burning it in incinerators. They’ve even found a way to make a nice profit by accepting trash from other countries in the European Union. Pål Spillum, head of waste recovery at the Climate and Pollution Agency in Norway, told The Guardian, “As a rule we generate about 50 percent of our income from the fee we receive to take the waste and about 50 percent from the sale of the energy we create.” CBS looked into the former Fresh Kills Landfill on New York City’s Staten Island to see how they extract natural gas from garbage. The energy actually comes from landfill gas, which emits a mixture of 50 percent methane and 50 percent carbon dioxide. Methane is the major component of natural gas. Landfill gas is taken from the ground and then cooled. It then goes to a purification facility through a piping system, where the methane can be extracted. Once isolated, it actually gets cleaned. A chemical deodorant called mercaptan is added to the methane so it can be detected, since it is colorless and odorless. Then the natural gas gets pumped to 22,000 homes on Staten Island. It’s an ingenious way to make use of the thousands of solid waste landfills we have in the United States. There’s even a way to turn old tires into energy. Waste360 covered how Global Clean Energy, Inc. (GCE) does it. GCE’s Chief Development Officer Steven Mann described the process best: “First, waste tires are collected and shredded down to about three-fourths of an inch and de-wired. The tire chips are inserted into the pyrolysis system. Pyrolysis occurs when you heat tire chips in the absence of oxygen so there is no combustion. This allows the tire chips to be super-heated without them burning. “When you indirectly heat tire chips to 450 degrees Celsius, you break down the hydrocarbons to form synthesis gas (syngas) and solids (carbon). The carbon is micro-milled to a fine powder and pelletized to create tire derived carbon black or rCB to replace crude oil derived carbon black for pigmentation and lower grade rubber products. The syngas is condensed into a Pyroil, which is then upgraded to a D975 ultra-low sulfur diesel. Any syngas that is not condensed into Pyroil, is recirculated back into the burners so the gas produced by the pyrolysis system is used almost 100 percent so there is very little waste.” Diesel isn’t necessarily the cleanest energy, but the fact is our system still needs it. And this process is a way of getting rubber out of the landfills and creating fuel that is made from recycled products. And basic trash isn’t the only way to generate riches from waste.

D.C. Water on the East Coast has found a way to harvest electricity from sewage. The plant uses a Norwegian thermal hydrolysis system, which converts leftover sludge from sewage treatment into electricity. Or as The Washington Post puts its “poop to power.” The process is long and convoluted, but you can view a graphic of the process here. Basically, the sewage is treated and then microorganisms eat the remaining organic matter, producing methane. The methane is burned to turn power turbines. The system also produces safe fertilizer, or what is called “Class A biosolids.”

From food waste to power

The EPA discussed how to turn food into power. Basically, it works similarly to the sewage plant above: bacteria break down the organic matter, that produces methane and methane powers the treatment plant. The leftover organic matter can be used as natural fertilizer. Even Walt Disney World’s been getting on board. The theme parks and resorts have been making use of the Harvest Power system, which turns food waste into biogas. Here, microorganisms consume organic waste and make methane and carbon dioxide, which is combusted to produce electricity. Even The Mouse is going green.