Sure, single-stream recycling is convenient, but how effective is it for keeping as many items out of the landfill as possible? 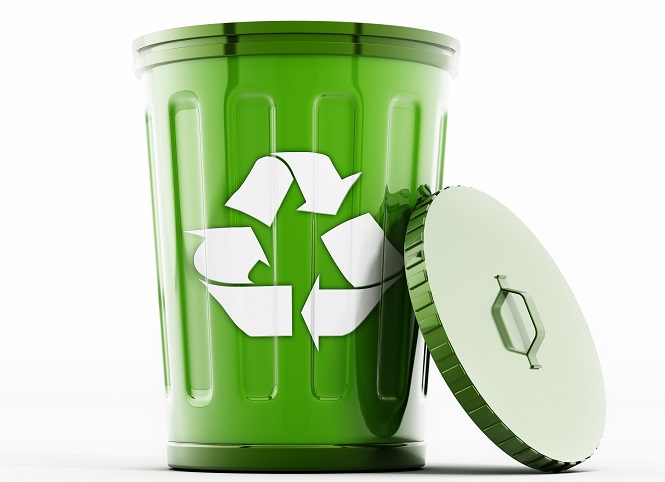 I’m feeling really impressed today. I just found out that 80 percent of American businesses recycle. Don’t … uh … don’t pay much attention to the rest of the bullet points on that page yet. I just want you to bask in the good news for a minute. Eighty percent of businesses recycle the ridiculously unnecessary amount of cardboard they use to package their widgets and truck them to a store where they’re sold to the widget-hungry masses. Having worked in one such retail store, I can tell you that’s a lot of cardboard. We’re talking boxes of boxes with boxes inside that hold the box the widget gets displayed in. Just an incredible amount of wasted material, all because people won’t buy something if the package is slightly scuffed. But I digress. The point is, recycling is becoming more and more common. Businesses have entire departments devoted to keeping themselves on track with the EPA and the environment. Cities and states are imposing laws about what’s allowed to go into the landfill. Even the people who make money from carting away your trash are getting in on the game. And they sure make it easy for you. Gone are the days when you had to separate your recyclables into multiple tubs. You just toss it all in together and it gets sorted at the Material Recovery Facility (MRF). Pretty cool, right? Except it’s actually awful.

How is single-stream recycling awful?

Okay, I have a confession. I only wrote that awful bit to get you to keep reading. Like a pre-commercial cliffhanger. Single-stream recycling isn’t awful. It’s leaps and bounds better than not recycling at all. But it turns out that it does have some flaws. For instance, if you read all of those facts I linked to above, you might have noticed that recycling paper reduces paper-production-related air pollution by 95 percent. Plus, it saves trees, which reduce atmospheric carbon. Environmentalism 101, right? So, tossing your paper into that bin is obviously the right thing to do. And that old Yoo-hoo bottle? That fact sheet said glass can be recycled forever. That definitely has to go in the bin. And so do all of those plastic bags you got at Safeway when you forgot to bring your own last every-single-time-since-you-bought-them. And because your garbage collectors sort it all at the MRF, you can just toss it all in and forget about it. Except, when you put the bin down at the curb, the Yoo-hoo broke. Oh, well. They’re just gonna grind it up or melt it or magic it at the recycling plant anyway, right? Well, maybe. But they sorta need it in one piece when it gets there. See, when the recyclables get to the MRF, they get dropped onto a conveyer. From there, they get transferred to a second conveyer over a small gap. The heavier things, like glass and other containers, fall through the gap to a third conveyer, while the lighter things like paper travel upward. If glass is broken into tiny pieces, it won’t weigh enough to fall down and it’ll contaminate the paper and the amount of glass that actually gets recycled. Meanwhile, the dregs of the Yoo-hoo that you were too busy to rinse out and dry soaked the papers, making them heavier and less likely to follow their prescribed route. And, last but not least, the plastic bags you tossed in. They can’t even be processed at the MRF. They have to be picked out by hand by workers standing next to the conveyers. Plastic bags are the biggest source of contamination at MRFs. So now you’re 0 for 3. All of this mixing and matching and ill sorting leads to both a reduction in quality of the materials that get sent to producers, and a reduction in the amount of material actually gets recycled. What can’t be processed at the MRF goes to the landfill.

The simple answer is… some of them. But ve haf vays of making zem recycle. One of my favorites is charging per pound for garbage that goes to the landfill but picking up sorted recyclables for free. Hitting people right in the pocketbook tends to get their attention. If cities made enough money from the pre-sorted recyclables, they might even be able to afford it when people start composting more and recycling everything so they don’t have to pay for waste disposal at all. Single-stream recycling makes it easy for us. And, like I said, some recycling is better than none at all. But cheap trumps easy almost every time. Sure, the wealthy will still have the option of just tossing things out, but most of us would be forced to reduce our waste in order to reduce our garbage bill. You may not be able to choose your curbside recycler, and you may not have a choice as to whether it’s single- or dual-stream. But if you’re stuck with a single-stream recycler, you can at least have the decency to make it easy on them. Rinse and dry the glass bottles (and other containers), and be careful with them. They’ll probably still get crushed in transit, but you can give them a fighting chance. Try to keep the papers dry so they go where they’re supposed to. You’ll help cut down on the loss and contamination considerably. And for cryin’ out loud, take that stash of plastic bags to Walmart and stuff it in the giant bin right inside the doors. Don’t put it in with your single-stream recycling. With a little extra effort on our parts, we can increase the efficiency of the MRF and make sure as much of our waste as possible gets recycled. And that’ll really impress me.