The State of Fabric Recycling

There’s much work to be done, but people are starting to take note in the value of this effort. 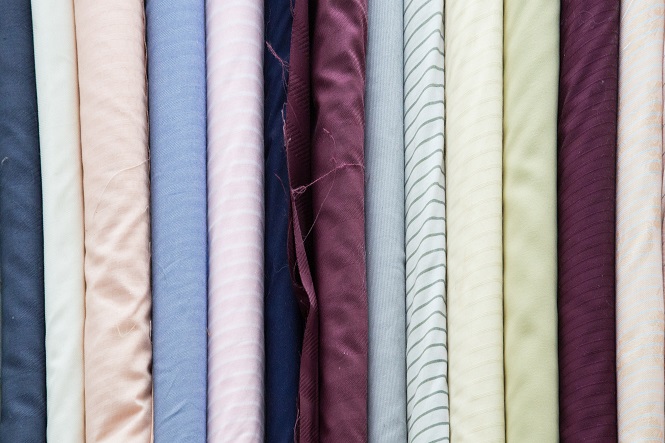 When the word “recycling” comes to mind, you no doubt think about cans, glass jars and newspapers – you know, the biggies – but the truth of the matter is there are so many other items that can be recycled, but tragically wind up in the trash, destined for one last stop at the ever-populated landfill. One item that can, and should, be recycled is fabric. Well-meaning people who diligently sort through glass, aluminum and paper might be unaware the very clothes on their backs, in many instances, are recyclable as well. As this USA Today article points out, 11.1 million tons of textiles wind up in the landfill each year – and that’s just in the U.S. – even though many recyclers are accepting such items as worn, tattered and stained clothing and other fabric material. On a website devoted to eco-friendly topics, the state of Connecticut’s Department of Energy and Environmental Protection breaks down the statistics one step further. According to the agency, only 15 percent of fabric-related material is donated for reuse or recycling within the U.S. “In Connecticut, we dispose of about 96,500 tons of textiles every year in our waste-to-energy facilities,” CDEEP officials wrote on the website. “This costs Connecticut municipalities and taxpayers close to $5.7 million in unnecessary disposal tipping fees, calculated using an average conservative tipping fee of $60 per ton.” Taking into account Connecticut’s population and land mass is comparatively smaller to many other states across America, it’s little secret that states such as California and Texas are paying unnecessary fees that skyrocket even higher! As a global commodity, the core value of clothing and other fabrics has increased in recent years, and this has prompted some communities to embark on clothing-specific recycling curbside pickups. In other words, recycling fabric not only is kinder to the environment in the long haul, it’s also profitable. The USA Today article named municipalities in six states – Arizona, Massachusetts, New Jersey, New York, Pennsylvania and Washington – as taking part in the fabric recycling movement. In the piece, Tom Watson, who handles recycling in King County, Washington, described the fabric recycling movement as a “trend” that he expects more state, county and municipal governing agencies will join in the road ahead. It’s not just the public sector, either. A smattering of private retailers, many of them clothiers themselves, have fabric-specific recycling bins in their stores. A sampling of the participants includes H&M and The North Face.

How does fabric recycling fare in other countries?

In other corners of the world, efforts to recycle and reuse clothing and other fabric materials have been met with mixed results. Efforts in the United Kingdom appear to closely mirror some of the entrepreneurial and eco-friendly steps being implemented in the U.S. As the website Waste Management World points out, the value and virtue in refraining from tossing unwanted textiles in the trash has started picking up steam across the pond within the past decade. Case in point: A North England-based company has begun offering stations in strategic areas so people can drop off unwanted items quickly and efficiently. Speaking from a U.K. perspective, Waste Management World also provided a rather startling statistic that shines the spotlight on why fabric recycling-related efforts should be ramped up in the years ahead. According to the publication, “Textiles are the fastest growing sector, in terms of household waste.” More than 1 million tons in the U.K. alone are winding up in landfills annually. Most of this is coming from households. In India, a small industry has developed around the concept of recycling clothing and other fabrics. India is among the countries outside the U.S. that import unwanted textiles for either direct repurposing or recycling. As this journal article points out, “Recycling of textiles was a domestic craft in India, but currently there are textile clusters and small scale industries to work on second-hand imported clothing and create a range of products, like recycled yarns, doormats, prayer rugs, blankets and bed linens.” According to the journal article, leftover garments are cut into small square pieces and are subsequently sold to a variety of industries for other uses. Buyers include representatives of the chemical, construction and paint industries. Some of the material also goes toward stuffing pillows and mattresses and making bath mats that proudly trumpet use of recycled cotton yarn.

What can I do to keep fabric materials out of landfills?

I’m so glad you asked! Since making fabrics is an energy-consuming process, doing your part to be kind to the environment is immensely important. When you take into account that clothing and other textiles are nearly 100-percent recyclable, keeping these items out of the waste stream really is a plausible endeavor. As noted above, it would be worthwhile to research whether your community offers any form of fabric recycling and, if so, plan accordingly. If the company picking up your recycling offers no such service, petition them to do so! In the meantime, look into which retailers in your area are accepting unwanted clothing for recycling purposes. Again, if your favorite store offers no such service, ask it to consider doing so! It might be a corporate-level, not a store-specific, decision, though. But, again, do what you can and go to the top-level decision-makers to make your case. If a loud enough chorus is created from those concerned about the ever-rising numbers of discarded clothing, decisions will be made to meet consumers’ expectations. Besides, in the private sector, embarking on any form of environmentally friendly practice is considered a good public relations maneuver in today’s landscape. But whatever you do, please, please do not haphazardly toss that stained, ripped or tattered article of clothing in the trash. If you are a neat freak, as I am, and thrive on clutter elimination, it might be tempting. But there are more than enough items populating our landfills. There’s no sense in giving something that still has value a final resting place alongside trash.