What makes gum so great is also what makes it a nuisance to the environment. 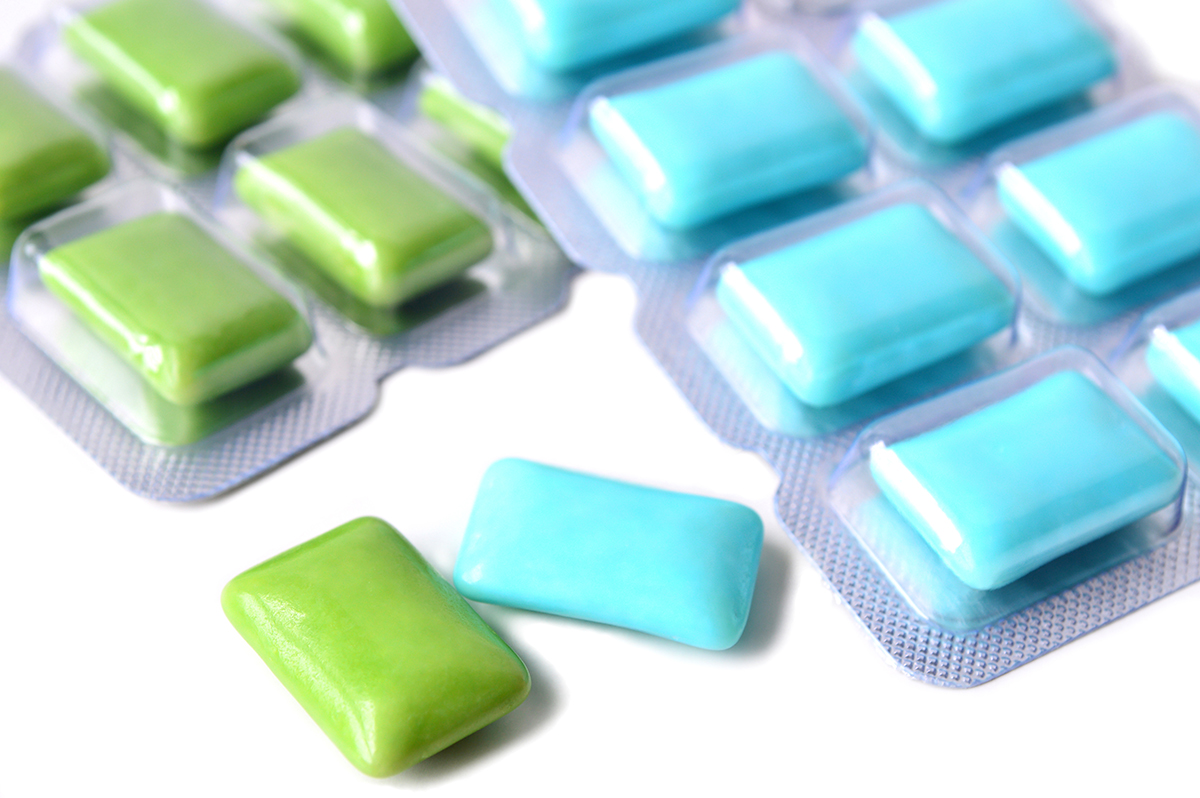 Gum is one of those “foods” that seems like a handy solution to life’s many problems. Conventional wisdom tells you to chew it to stave off hunger, satisfy your sweet tooth with little to no calories (hence the line of dessert gum like lemon square flavor), help your ears pop on air planes, aid in studying and test performance, kick a smoking habit, mildly alleviate boredom, freshen your breath, keep you awake and help protect your teeth. Gum companies even have highly official websites telling you how great chewing gum is and that you should chew it because science. We love our gum, and its reputed powers verge on the level of mystical home remedies that are supposed to cure cancer. But what makes gum so great is also what makes it a nuisance to the environment.

The environmental impacts of gum

The biggest problem with gum is that it doesn’t biodegrade, pure and simple. Gum has an elastic, rubbery and durable texture for one obvious reason: it’s made from a synthetic rubber. That ingredient used to be a natural tree resin before World War II. So chewing gum is somewhat like chewing on a tire and then trying to spit that out into a garbage can, albeit a tire that tastes nice at first. To make gum even more unnatural, the base of most gum is made from synthetic polymers, like polyvinyl acetate, the stuff that’s in glue. No wonder your guardians didn’t want you to swallow it. And on top of gum not being biodegradable, we chew tons of it. Literally. 560,000 tons per year worldwide, to be exact. That comes out to $5 billion dollars in sales per year. 374 billion pieces of gum are sold each year, which comes out to 187 billion hours of chewing if each piece is chewed for 30 minutes: Indeed, gum litter alone is a disgusting, pervasive problem. Once gum attaches to pavement, it sticks. Forever. It doesn’t break down, it just keeps mounting. A blog called Edible Geography covers the problem of gum litter well. Spit-out gum acts as “an urban disfigurement,” turning a splotchy gray like some sort of early-stage leprosy attack on urban walkways. Plus, the costs to get rid of gum are high. According to a report out of the U.K.’s House of Commons, “The LGA (Local Government Association) estimates that clearing chewing gum costs the average town centre £60,000 per year. On the basis of 936 towns in England this could add up to £56 million per year. Staining from the gum is particularly difficult to remove as it requires high-pressure hoses. As a result of these costs some councils do not remove gum at all.” So in addition to the environmental problems, gum adds to water waste just to get rid of the stuff. And the worst of it? Gum isn’t even as good for us as we think.

The health hazards behind gum

You ever want to depress yourself? Take a look at the weird ingredients in gum or used to manufacture gum. The list of all-stars includes vinyl acetate (which caused tumors in rats) and that gigantic health gray area known as aspartame (which is suspected to mess with blood sugar and cause/worsen everything from headaches to eczema). Contrary to popular opinion, chewing gum doesn’t help you eat less or better. A study in the journal Eating Behaviors confirmed it. Participants in the experiment group were asked to chew gum before eating for a few weeks. Those who chewed gum ended up eating less often, but ate larger meals and less nutritious food. Chewing mint gum even got in the way of eating fruit, since it can make natural fruit taste bitter. Plus, all those artificial sweeteners that go into your “super healthy” sugar-free gum have been proven time and time again to actually lead to weight gain. One such study showed that saccharin and aspartame led to weight gain in rats that was not related to greater caloric intake. People in studieswho eat artificial sweeteners typically gain weight. The reasoning behind the phenomenon is that artificial sweeteners trick the body into thinking it’s getting sugar that never comes. That leads to increased sugar and carb cravings. It gets even better. Other common side effects cited with gum-chewing include triggering TMJ (since gum-chewing overuses the jaw), making IBS worse as gum-chewing leads to swallowing more air and harming the teeth with high-sugar gum, to name a few effects. Overall, if you can learn to live without gum, your body will thank you and the environment will thank you. But what if you can’t kick the habit or go cold turkey?

Alternatives to the gum problem

There are plenty of ways to get your gum fix and still help the environment. As mentioned above, gum used to be made out of natural tree resin way back in the day, before it got synthetic and weird. One company is getting back to those methods. Chicza produces an organic, biodegradable chewing gum from latex found in the chicozapote tree in the Rain Forest, no tree cutting required. The company website states: “Chicozapote latex is extracted from 100-foot-tall trees by making z-shaped superficial cuts on the bark, which zigzag down to a bag placed at the base. Dripping sap slowly fills the bags. Each tree renders from 3 to 5k per harvest, then it rests for 6 or 7 years before the next harvest.” The downside? It’s available mostly oversees. But there’s still an option for synthetic gum, if you can’t give it up. It’s possible to collect and recycle gum. One such company is Gumdrop LTD, which makes special bins just for collecting gum. The bright pink bin, which looks like a big gumball itself, is made for throwing away old gum. The bins come big enough to place at a business or carry on a key chain. Then Gumdrop collects the old gum, and it can recycle the gum into polymers that can be used in rubber and plastics manufacturing.