Humpback Whales Are Gross, or an Explanation of Biomimicry

Scientists looking to nature for sustainable design inspiration. I mean, who did it better than Mother Nature? OK. So about those whales …. 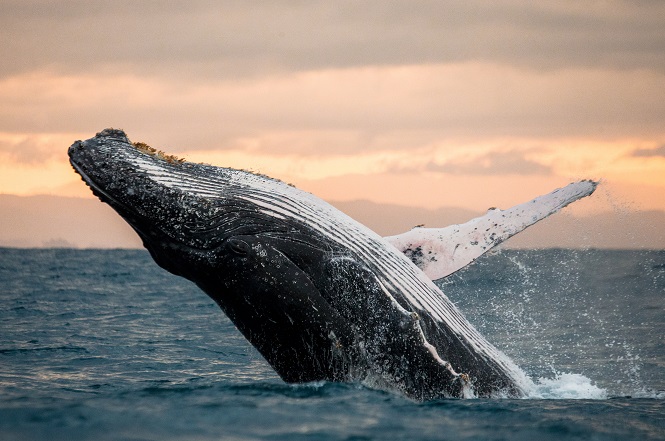 Like, really gross. I know, I know. They’re so “majestic” and “gentle.” Whatever. I don’t care. Look at ‘em. I’m putting it out there. Whales of all kinds are disgusting, oversized, terrifying beasts whose sole purpose in life is to murder noble sea captains and swallow puppets. Remember “Save the Whales”? While everyone on the planet was joining together to keep these monsters from being hunted into extinction, I was like “Really? Do we have to?” I may not have always been the paragon of environmental virtue you see at the bottom of this article. But, for all of their size and weird shapes and general bumpiness (what are those, warts? Evil pockets? Yech), humpbacks are pretty good at two things: haunting my nightmares and swimming. Of course they’re good at swimming, right? They do it their entire lives. Most people are pretty good at walking and breathing. But whales are exceptionally good swimmers. And it’s not just because they practice. See, those freaky growths that give ocean toads their warty appearance actually serve a purpose. The bumps, particularly the ones on their fins, inhibit the formation of little eddies as the fins pass through the water. Those eddies create drag, the prevention of which makes swimming more efficient and makes 66,000 pounds of ick more maneuverable. When you’re the biggest creature on the planet and survive exclusively off some of the smallest ones, efficiency is important. Plus, you’re a bully. Being ugly actually helps them survive.

Making other stuff ugly with biomimicry

So, some people looked at how abhorrent whales are and decided we should make other things just as ugly, to improve their efficiency. For example, wind turbines with bumpy blades have been shown to be more efficient than perfectly smooth ones. Those people are using a process called biomimicry. That means looking at something in nature and asking yourself, “How can I improve something by replicating that?” It’s the new word in sustainable design, allowing us to create more sustainable products and processes. Because, it turns out that nature is pretty smart. She’s had roughly 3.9 billion years to figure out how to make life work properly, and very little is wasted. And then here we come, with our “improvements” on systems that have been working just fine literally since the beginning of time. Seems a little arrogant, doesn’t it? Biomimetics is an entire field of science that’s dedicated writing a great big apology letter to nature. It looks at our current ways of design, production and communication, and tries to figure out if there’s an analogue in the natural world that does it better.

And they’ve found a lot of stuff to improve already. Not just wind turbines, but also airplane wings could benefit from whale bumps. Sticking with airplanes, some people think they should fly in formations like ducks. The Flying V isn’t just the world’s greatest hockey play. It’s actually a means for birds in formation to increase their efficiency. Each wing flap creates little vortices that create lift for the next birds in line. The effect is amplified by each bird in line, until the ones at the end of the line just sorta cruise. When the lead bird gets tired, they rotate. It’s thought that if airplanes flew in these formations, they could reduce fuel consumption by almost 15 percent. Back into the oceans, the copycats of science looked at shark skin. Sharks have this neat thing where they don’t collect algae or bacteria on their skin. It turns out they’ve evolved a certain texture that doesn’t allow anything to attach to it. Germs can’t catch hold. This has become the basis for a new antimicrobial hospital surface that can reduce the chance of hospital-based infections by up to 97 percent. Another group of intrepid thinkers noticed ants are really good at defending their colonies. They identify a threat, swarm it until it’s ant food, and then get back to business as usual in a matter of minutes. That defensive strategy has been adapted to network security. Digital “ants” roam around the network, looking for anything out of the ordinary. If they find something, they swarm it until it’s dead, usually at the hands of humans who are watching over the colony. Termites’ dens are paragons of energy efficiency. Even without heaters, they manage to keep their lairs at a balmy 87 degrees, no matter what the temperature is outside. To achieve this miracle of climate control, they use the principal of thermal mass. Heat is absorbed into the floors during the day and is slowly radiated back out during the night. This same principal has been used to keep a 333,000-square-foot building cool, while using 90 percent less energy than comparable buildings. We may think we’re smart, but the best ideas we’ve come up with so far have fallen far short of what nature is able to do using only what’s found in nature. We still have a lot to learn about design and engineering, but biomimetics is getting us off to a good (if late) start. I want to leave you with one very important thought, though, lest you forget. Always remember… Humpback whales are disgusting.