Clean Energy Innovation in the Desert

How two regions on opposite sides of the globe are using baron land to improve the environment. 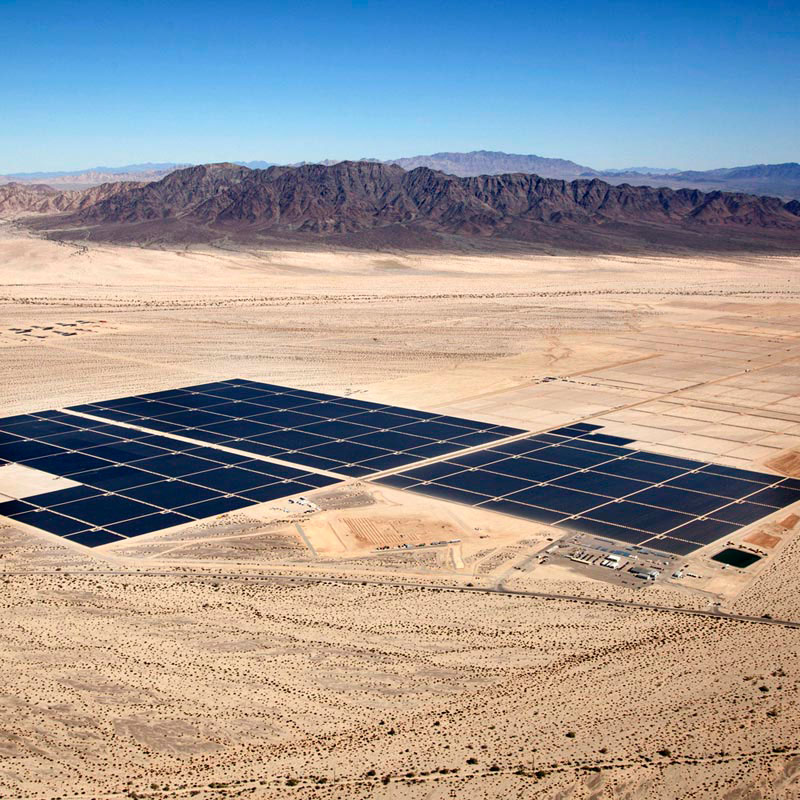 On the surface, California and Morocco could not be more opposite. One, of course, is an American state, while the other is a North African country and located on the other side of the globe.

But the two locales have one common topographical characteristic — swaths of desert land — and the leaders of the two regions have a replicate goal: taking what otherwise would be unused property and repurposing it for a variety of efforts aimed at enhancing clean energy programs across the globe.

While many governing bodies throughout the planet — at the national, state and local levels — are attempting to look at ways of reducing their carbon footprint, the state of California and Moroccan federal leaders have embarked on two of the most ambitious goals to date.

From a strictly observational standpoint, a desert might not seem a hotbed for environmentally sustainable practices. By virtue of its very name, green practices typically are associated with lush landscapes and bountiful amounts of water.

But a new wave of scientists and environmentalists are working in tandem on bringing clean energy practices into deserts. As it turns out, these vast swaths of land with arid climates are ripe for solar thermal power plants, which are able to capture the sun’s energy as heat. Once that process is completed, water is converted into steam and, presto!, turbines are powered — strictly and solely through clean energy practices.

As EcoWatch points out, plans are in motion for both regions to derive their power from green energy by 2030, and both are at different stages in achieving that goal. “While California has been working at it longer and is already halfway to its goal (as of December 2015), Morocco is moving aggressively to catch up,” EcoWatch’s Peyton Fleming notes.

The California Energy Commission has been actively working in the state’s desert areas to create renewable energy sources. At the heart of all this is a solar farm that is part of an initiative known as Desert Sunlight in the state’s southeastern corner.

The solar farm is located near Joshua Tree National Park, near the town of Desert Center, in Riverside County. It has been touted as a project that, in the long run, will drastically cut down on traditional energy costs with a ramped up reliance on renewable energy sources.

Because of the upfront cost, projects such as Desert Sunlight do not occur overnight. President Barack Obama’s American Recovery and Reinvestment Act in 2009 helped spark the project through a loan guarantee granted through the U.S. Department of Energy.

Construction work on Desert Sunlight began in 2011, and most of the substantial infrastructure work was completed by 2015. Additional enhancements could take place in the years ahead.

After years of working overtime, Morocco’s clean energy ambassadors in early 2016 took the wraps off its extensive Concentrated Solar Power (CSP) plant. Situated within the Saharan Desert, the CSP is approximately the same size as Rabat, Morocco’s capital city.

As this NPR report points out, the CSP, in its first phase, is expected to provide renewable energy to about a million Moroccans. The country’s energy agency is planning the role out of its renewable energy facility in three phases.

“When the next two phases are finished, the plant will be the single largest solar power production facility in the world,” the NPR article states. The Moroccan government is naming each phase of the project. The initial kick-off site is referred to as Noor I, and subsequent phases will be aptly referred to as Noor II and Noor III.

As details of the expansive CSP project have come to light, there are some interesting details. Among them:

The World Bank is helping fund all three phases of Morocco’s CSP project. In addition to reducing the carbon footprint, Moroccan leaders are cheering the project because it will drastically cut down on what has long been one of the country’s most significant imported sources.

While much of the recent talk surrounding clean energy amid the backdrop of desert landscapes is focused on California and Morocco, there is one other notable organization, the Desert Research Institute. Members of the Nevada-based agency look into eco-friendly practices.

As the institute’s website states, it “is committed to discovering new economically and environmentally friendly energy production methods. DRI supports expanding renewable energy research throughout Nevada and around the U.S.”

In other words, it is possible deserts could play an even larger role in the future as new and emerging sustainable practices are explored.