Savers: Rethinking the impact of clothing

As a wake-up call to bring attention to the impact that clothing has on our planet, Savers staged a “clothing spill” on Alki Beach in Seattle… 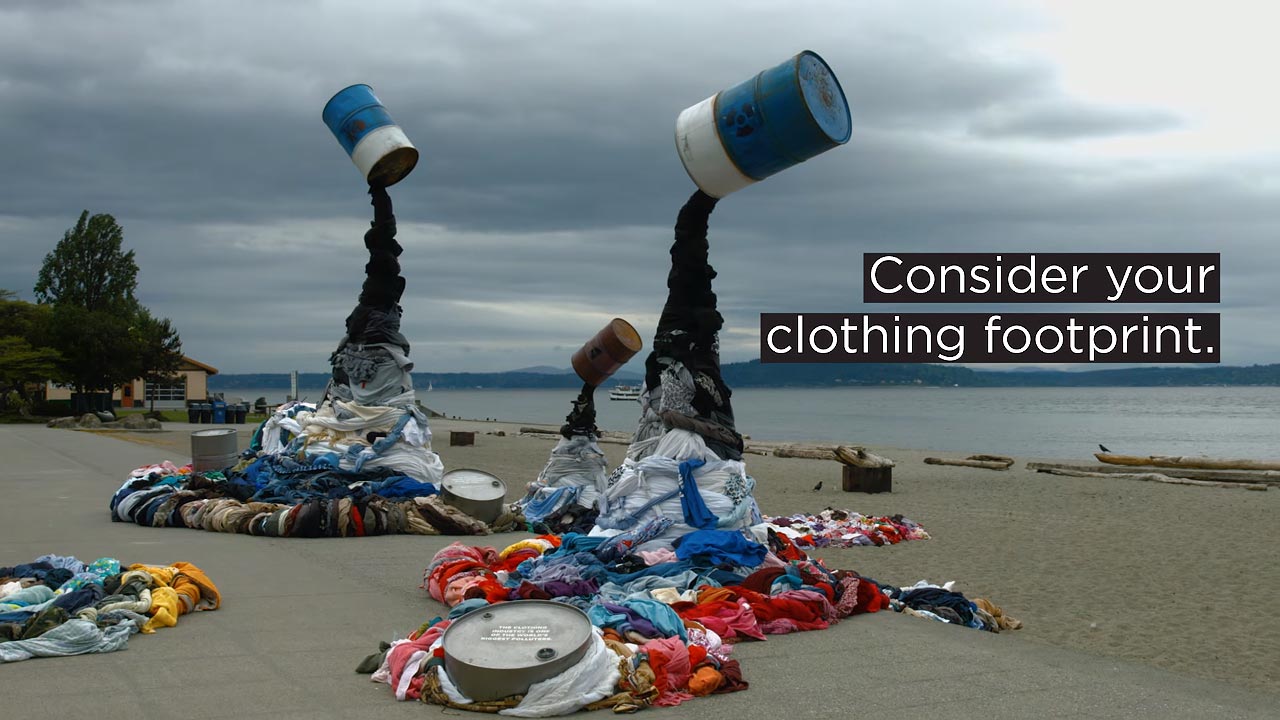 The international chain of for-profit thrift stores, Savers, recently spruced up their brand with a new logo, website and a few new messages. But one thing we couldn’t pull our eyes away from was their Earth Day campaign, intended to start a global conversation about global clothing pollution.

As a wake-up call to bring attention to the impact that clothing has on our planet, Savers staged a “clothing spill” on Alki Beach in Seattle with the message that “landfills shouldn’t be laundry piles.”

According to the Savers website, North Americans send over 10.5 million tons of clothing to landfills each year, in which 95% of that could be recycled. One person alone disposes of 70 pounds of textiles annually. But what’s even more striking is that consumers worldwide purchased around 80 billion pieces of new clothing this past year, with Americans alone buying four times as much since 1980.

The beach installation wasn’t the only large-scale exhibit the company put together. In downtown Seattle, an “eco-family” was installed, filled with clothes. The exhibit was meant to showcase the 324 pounds of clothing that North American families throw away each year.

Through its business model, Savers has become one of the leading recyclers of used textiles in the world. According to the company, they divert nearly 650 million pounds of reusable items out of North American landfills each year.

In addition to the clothing that consumers donate to Savers, the company also pays its nonprofit partners for donated goods, turning otherwise unused items into sustainable funding that supports their vital community programs and services.

Visit the Savers website to learn more and to find a store near you.