There are many people doing what they can to combat plastic waste, from reducing their own plastic use to making products out of plastic waste… 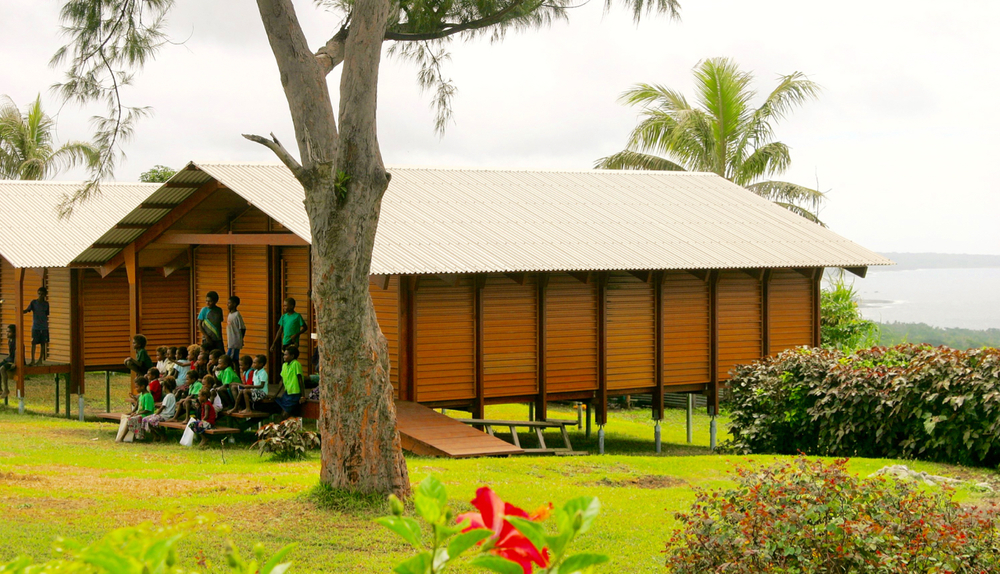 We all know that plastic waste is a real problem. As information about things like the Great Pacific Garbage Patch, one of the largest collections of mostly plastic marine debris, are reported the magnitude of the situation seems overwhelming. Everyone holds some responsibility: manufacturers of single-use plastics and the consumers of these products. According to Brita, the water filtration company, Americans throw away 35 billion plastic water bottles every year and this is just one example.

There are many people doing what they can to combat plastic waste, from reducing their own plastic use like activist Beth Terry to making products out of plastic waste like Terra Cycle.

Another truly inspirational individual doing his part to combat this waste is Nev Hyman.

Nev Hyman is an Australian surfboard shaper (note: a surfboard shaper is someone who builds and designs surfboards by hand or, more recently, via a software program on his laptop) who is famous for designing surfboards for world champions and continues to design boards for Firewire, the company he founded, teamriders. He has seen many of the world’s most beautiful surfing venues and, as he began to notice more plastic waste in the oceans, he decided to do something about it.

“Being in Bali in the late 70s and early 80s and seeing how fantastic [Bali] was, and then going back there and seeing more and more rubbish in the oceans … I ended up thinking I might as well invest in a plastics recycling company,” said Hyman in a recent interview with ABC News in Australia.

Then he took it a step further. Four years ago, Hyman teamed up with Sydney architect Ken McBryde to experiment using recycled plastic waste and wood-plastic composite to make low cost, sustainable homes to improve the living conditions of tropical islanders in Pacific nations that could be quickly set up by non-expert local labor. The pair initially aimed their project, called The Nev House, at Papua New Guinea.

Then Cyclone Pam happened in March 2015, it was the most intense tropical cyclone in the southern hemisphere in 2015 and is regarded as one of the worst natural disasters in the history of Vanuatu. The Nev House team redesigned the homes to withstand 300 kilometers per hour (186 miles per hour) winds and shifted their attention to Vanuatu. 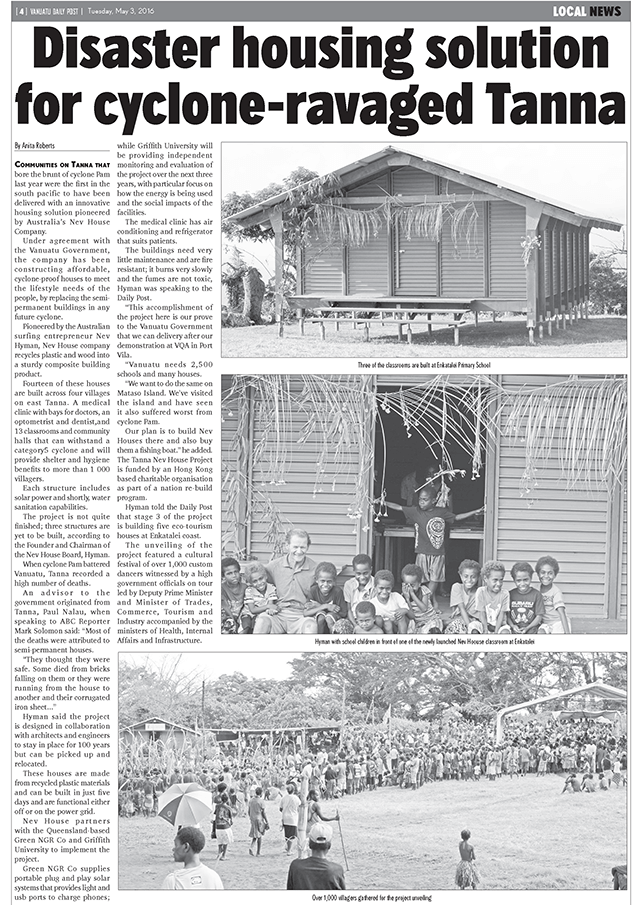 “The biggest mistake people actually do make when they’re trying to do good, is they don’t listen to the people,” Mr Hyman said to ABC News in Australia.

“And our aim was to go and meet with the people, understand what they want, design a house that they’ll want to live in.”

A flat pack Nev House home sells for less than $50,000 for a two-bedroom configuration, excluding assembly costs and it can withstand a Category 5 cyclone like Cyclone Pam. The Nev House project will also be keeping approximately three million tons of plastic from landfills over the next four years.

As of May 2016, Nev House has provided homes, schools and medical clinics to the cyclone-ravaged Pacific nation. The project is not quite finished, according to the Vanatu Daily Post, three structures are yet to be built. Each structure includes solar power, will be supplied with water sanitation capabilities and are functional either off or on the power grid. The buildings need very little maintenance and are fire resistant.

To find out more about Nev Hyman and the Nev House project, visit http://www.nevhouse.com/.