Beyond the friendliness we encountered, I was delighted with the very visible sustainable efforts the SFO facility is engaged in. 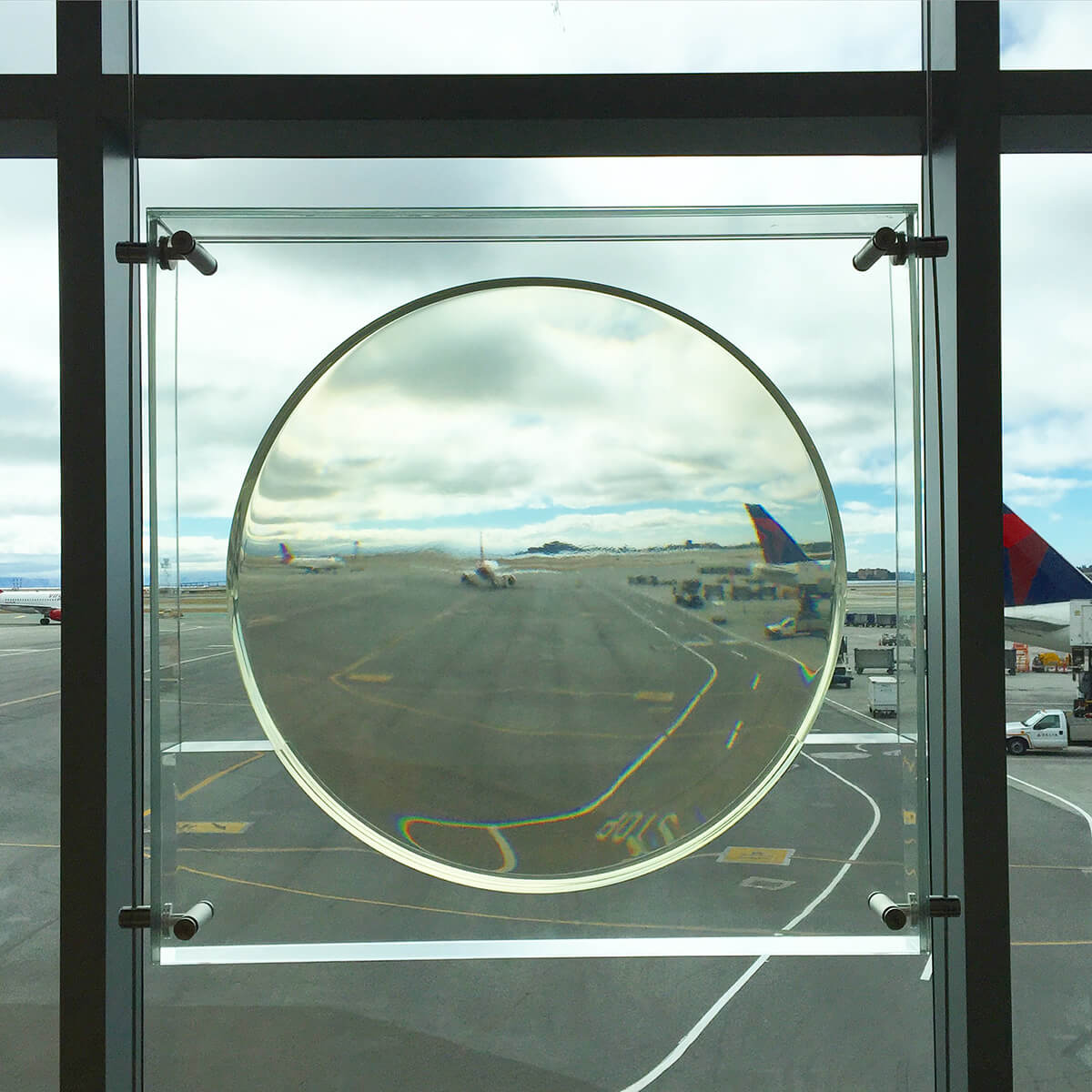 This summer one of our many travel adventures took us to the San Francisco International Airport (SFO). I had flown in and out of SFO a number of times many years ago and was pleasantly surprised by this whole experience starting with the staff at the airport. They truly made traveling with children easy. The last time our girls flew was when they were quite little so they didn’t really remember going through security, etc. We prepped them on how it might be a little scary and that the Transportation Security Administration (TSA) Agents have a job to do so they aren’t there to make friends. The agents that day (and when we returned) were professional but also extremely friendly and helpful to the girls. Thank you SFO! 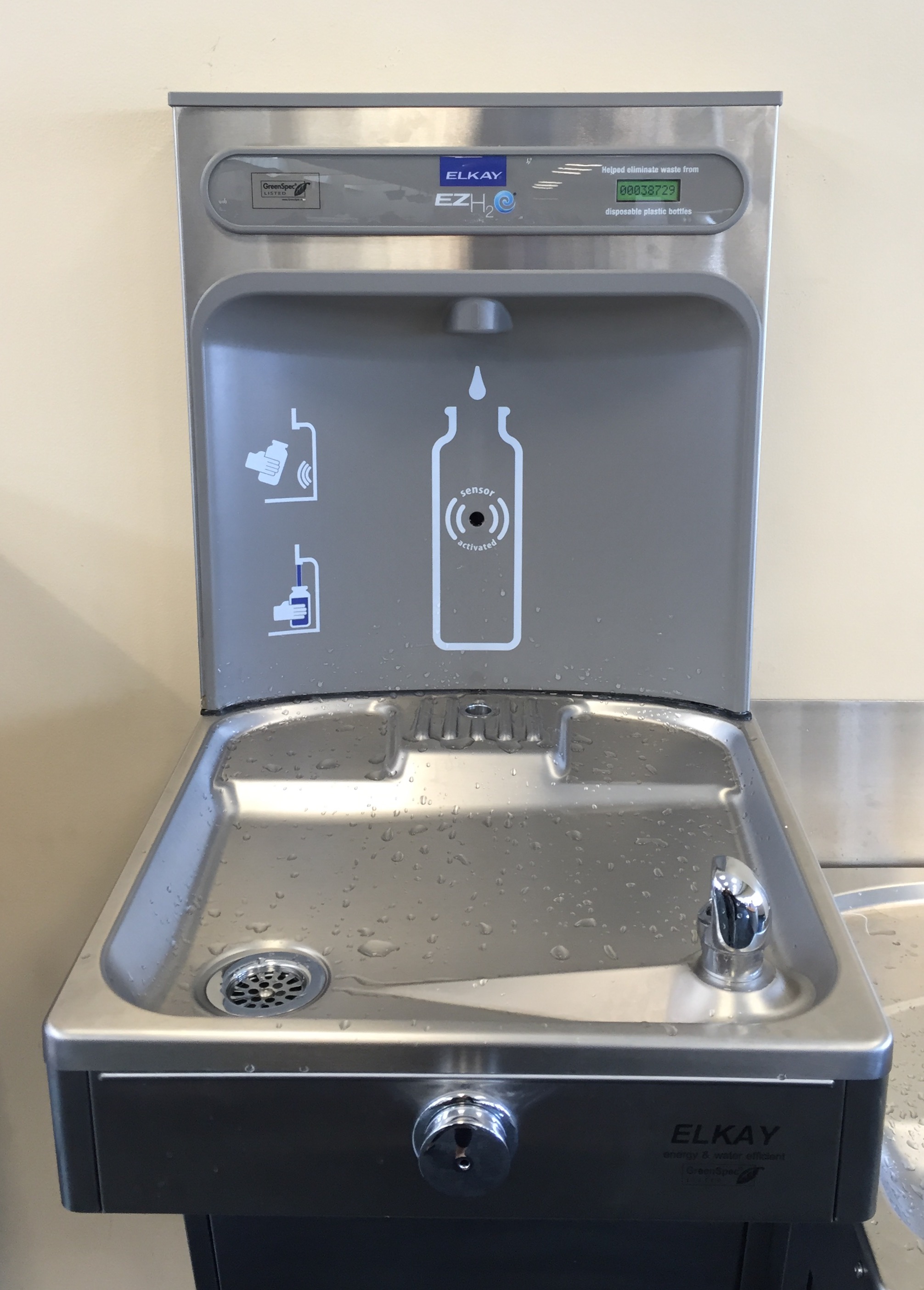 Beyond the friendliness we encountered, I was delighted with the very visible sustainable efforts the SFO facility is engaged in. From the plethora of recycle bins to the fill your own water bottle stations. It is a beautiful and peaceful facility and I’m not just saying that because we spent a little time in the Yoga Room. 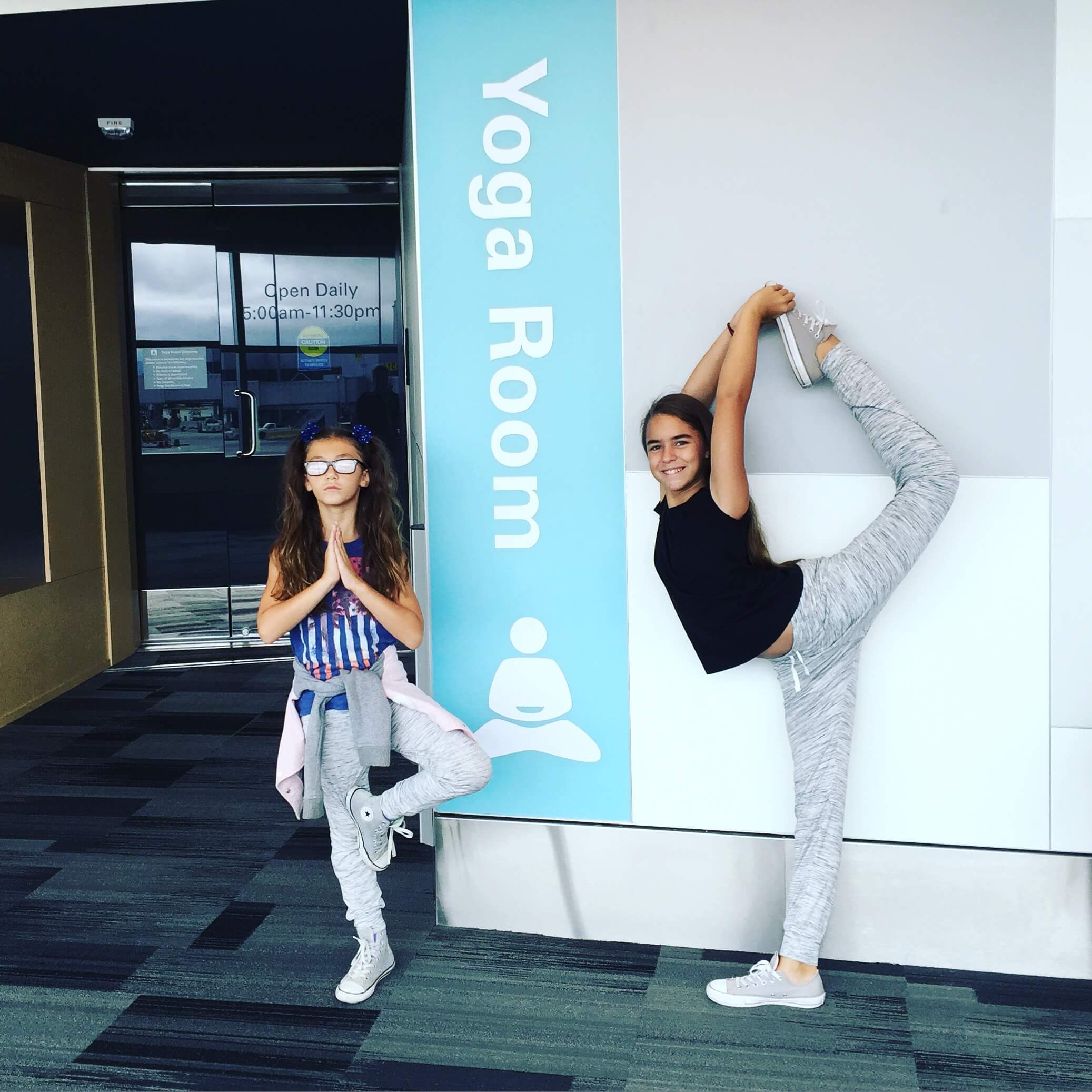 When you flight in or out of SFO, you are treated to a spectacular view; the city, the Bay Bridge, the Golden Gate Bridge and the West-of-Bayshore habitat. 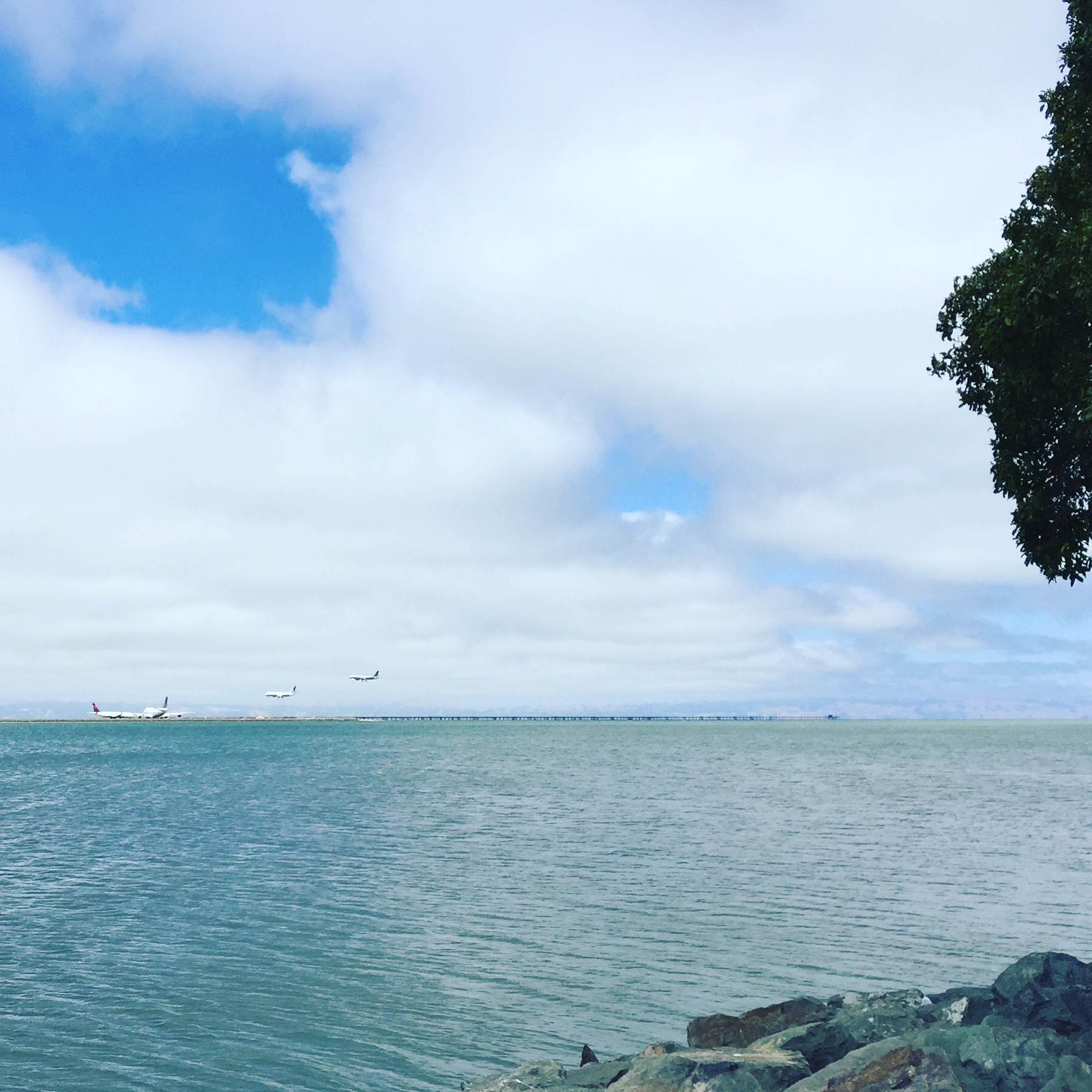 The West-of-Bayshore property, owned by the San Francisco International Airport, is around 180 acres of undeveloped land which is located across the Bayshore Freeway from the airport.

Approximately half of the West-of-Bayshore property is wetlands. Wetlands play, according to the airport’s site, “many functions and their importance is often overlooked. They play an essential role in providing regulation of water flow, flood and erosion control, filtration of pollutants and fertilizers, nutrient transformation, groundwater recharge, and habitat for numerous plants and animals.”

To find out more about the West-of-Bayshore habitat and the endangered species that make their home there, visit http://www.flysfo.com/community-environment/west-bayshore.

SFO has been making great strides to reduce water consumption. In 2015, it reduced its usage by 13.5 percent which saves the equivalent of 57.7 million gallons of water.

In addition, each passenger used 21.9 percent less water than in 2013 which is the same as saving 2.1 gallons per passenger.

Other Water Saving Strides at SFO: 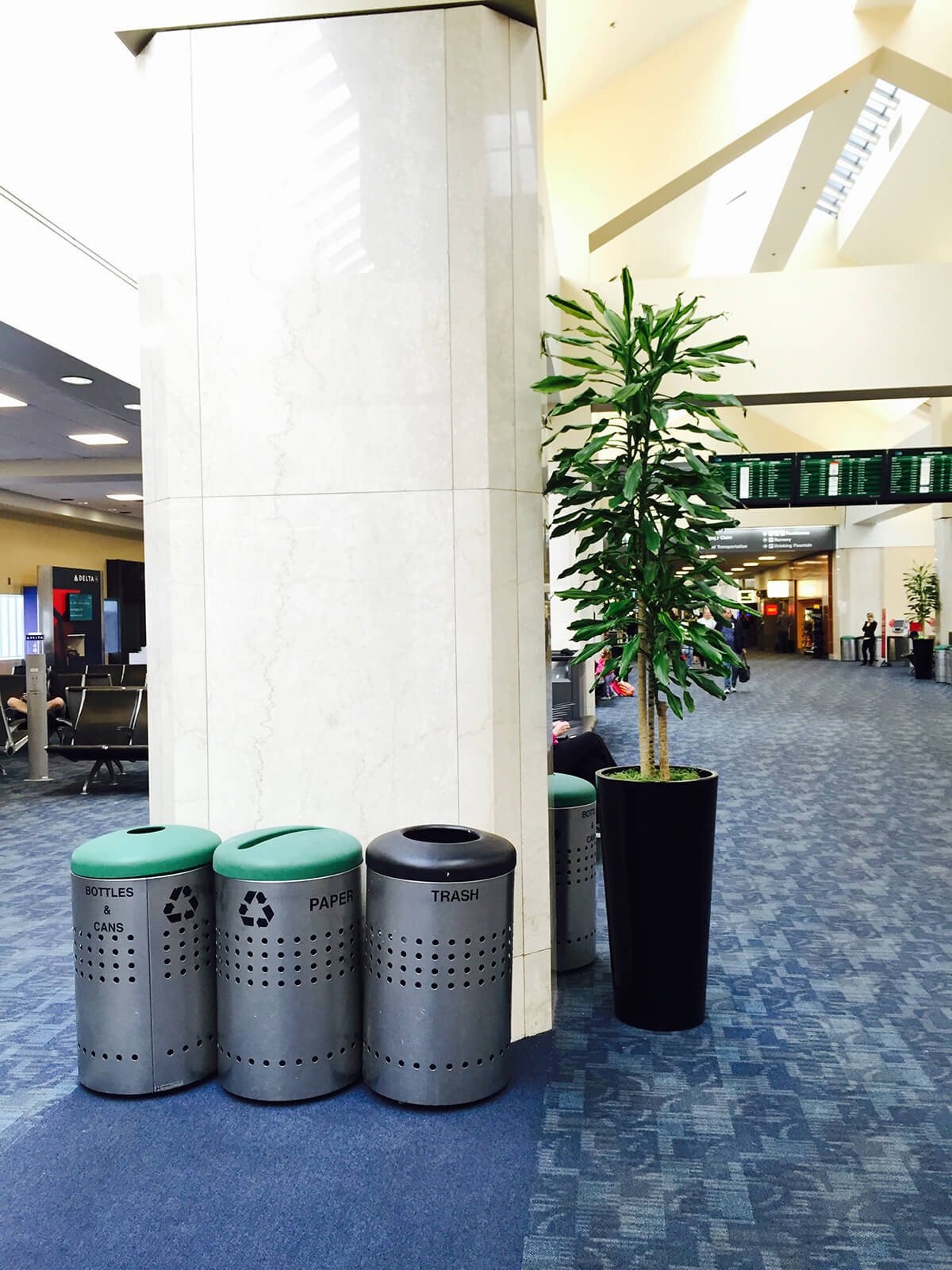 Another significate sustainability effort on the part of SFO is the increase of its solid waste recycling from 51 percent in 2002 to 74 percent in 2010 bringing it close to its 2015 goal of recycling 80 percent of solid waste.

To find out more about the San Francisco International Airport and its efforts towards sustainability, visit http://www.flysfo.com/.