The U.S. has a waste problem. Together, according to the Environmental Protection Agency (EPA), we generate over 250 million tons of waste every year. And our average national recycling rates have been stagnant at about 34 percent. What we don’t recycle ends up in our ever-growing landfills. 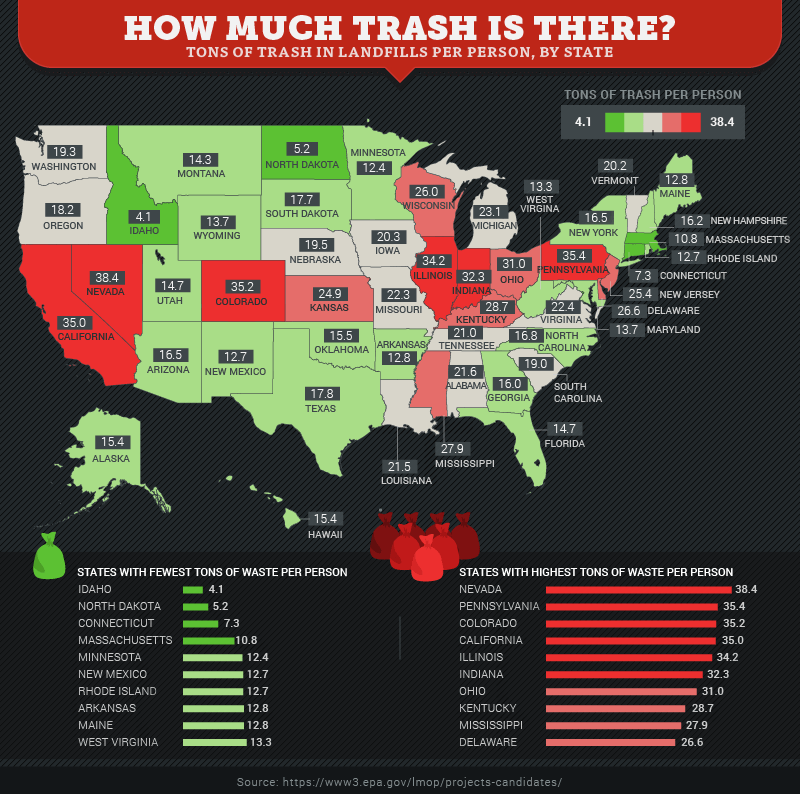 To put that into even more imaginable terms, the average American throws away 4.4 pounds of garbage each day, reports Save on Energy, with approximately 323.7 million people living in the U.S., that’s around 728,000 tons of garbage every day. That’s enough to fill 63,000 garbage trucks – every day.

For some eye opening information and visuals about America and our trash, visit https://www.saveonenergy.com/land-of-waste/.

In an effort to reduce waste and increase recycling, there has been a push to recycle paper. The EPA says that more paper is now sent to recycling than almost all other materials combined saving energy, water, landfill space and virgin materials. But we could reduce even more paper waste if we could reuse paper multiple times before we threw it in the recycling bin.

This is where innovation and smart minds could have the beginning of a solution – rewriteable paper.

The concept, being worked on by scientists at the University of California at Riverside, is truly amazing. The same paper can be written on more than 20 times without a noticeable decline in quality.  The writing is done by UV light on dyes imbedded in the paper:

“A special dye embedded in the paper makes it printable and rewritable. The dye goes from dark to clear and back when chemical reactions move electrons around. (Electrons are the subatomic particles that orbit in the outer regions of an atom.) The paper’s color-change chemical undergoes what are known as redox reactions. Redox is short for reduction and oxidation.

The starting base of the ‘paper’ used in the study was a clear plastic. That allowed it to show how the paper works. But the technology also could be used with glass or conventional paper — the type made from wood pulp — as long as each contains the redox dyes and the other chemically active components.”

The paper “erases” the image in 2 or 3 days or you can speed up the process by introducing a heat source to the paper.

The question is would the plastic paper and chemicals used be an improvement or would it result in additional environmental issues? Although Professor Yin from UC Riverside argues that “using less paper not only could reduce the amount of trash from printed materials, but also the amount of chemical pollutants.” He’s referencing not only the chemicals used to make paper but the many chemicals used to print on paper.

The practical applications of this new paper is still not clear but using innovation to work on our real world problems is never a waste of time.