The GameDay Recycling Challenge is a national competition that pits universities against each other with a goal to reduce and recycle at the highest level. 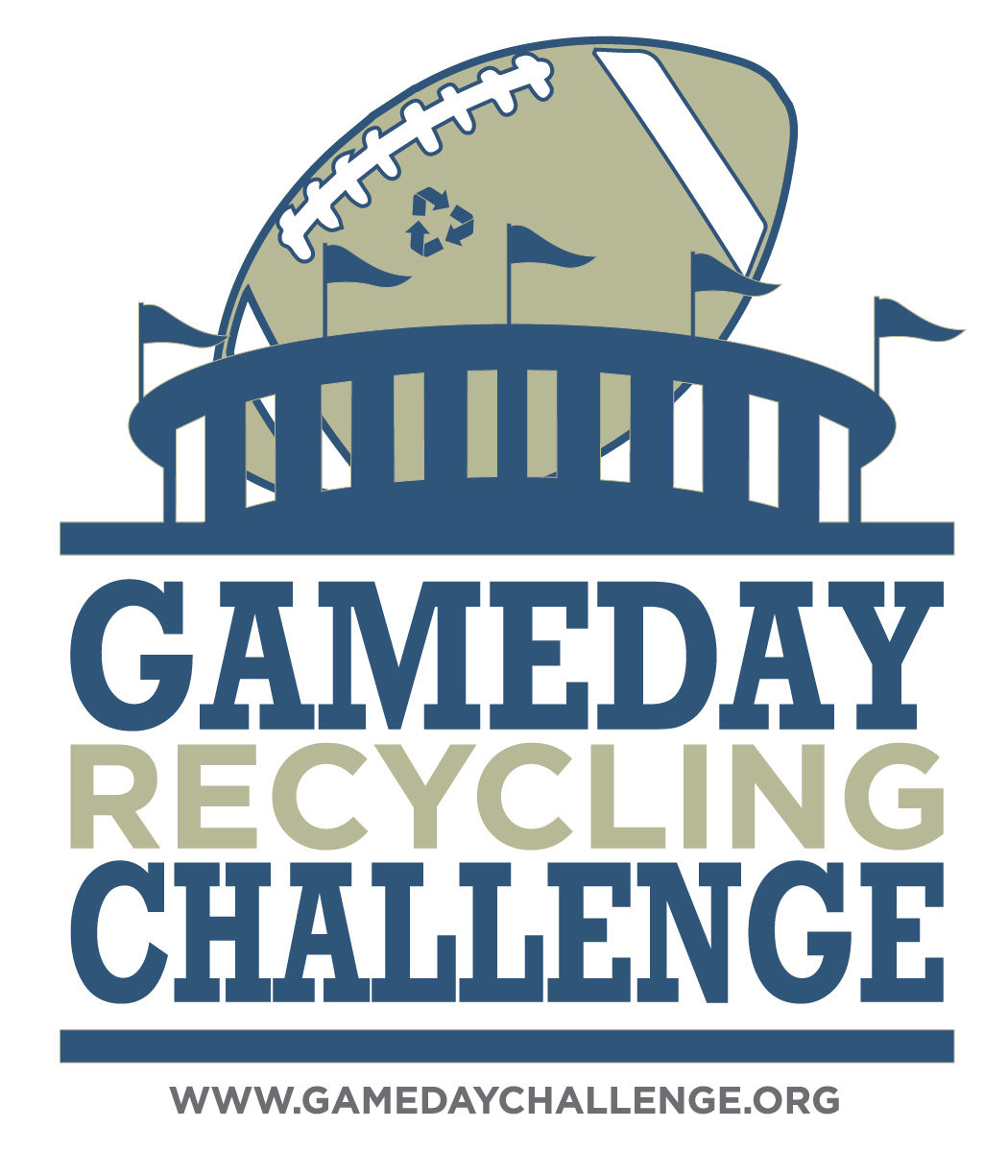 The GameDay Recycling Challenge is a national competition that pits universities against each other with a goal to reduce and recycle at the highest level. During each competition period, the schools report their recycling, composting and attendance data for at least one home football game.

According to http://gamedaychallenge.org/: “In 2015, 99 schools rallied fans to recycle an impressive 2.1 million pounds of bottles, cans, paper, cardboard and more, and compost 457,000 pounds of food organics from football stadiums and tailgating areas while also raising awareness and inspiring action around waste reduction.”

The GameDay Recycling Challenge is a partnership with the College and University Recycling Coalition (CURC), RecycleMania, Keep America Beautiful and the U.S. Environmental Protection Agency’s WasteWise.

In 2016, the schools upped their game by 4.8 percent. The participating schools this last competition cycle, recycled, composted or donated more than 2.7 million pounds of materials.

Here are your Top Ten:

Duke University has an ongoing Zero Waste initiative so joining the GameDay Recycling Challenge was a slam dunk. They diverted 93 percent of waste from local landfills to come in third place.

The University of Rochester came in fourth place by diverted 623 pounds of waste from landfill, which was a 91.2 percent diversion rate. They used compostable paper products at the concession stands. They had “Recycling Rangers” at the game to show visitors how to use the zero waste stations located in the stadium and around tailgating areas.

The University of Akron in Akron, Ohio, diverted more than 90 percent of its waste from landfill during a football game this season.

The Coastal Carolina University diverted 82.36 percent of waste from local landfills. According to the university, the “volunteers collected waste from the alumni tailgate, student tailgate, parking lots, stadium suites and throughout the stadium itself.”

The University of Minnesota came in eighth place by recycled and composted 76 percent of the waste created at TCF Bank Stadium and the tailgate areas.

The University of Arizona achieved a place in the top ten with a diversion rate of more than 69 percent.

“Leveraging the school spirit that comes out during these classic football rivalries presents a unique opportunity to build awareness and connection to waste reduction and recycling among college football fans of all ages,” said Brenda Pulley, Senior Vice President, Recycling, Keep America Beautiful.

If you want any additional information on the GameDay Recycling Challenge, visit http://gamedaychallenge.org/.