What You Need to Know About Plastics in the Ocean 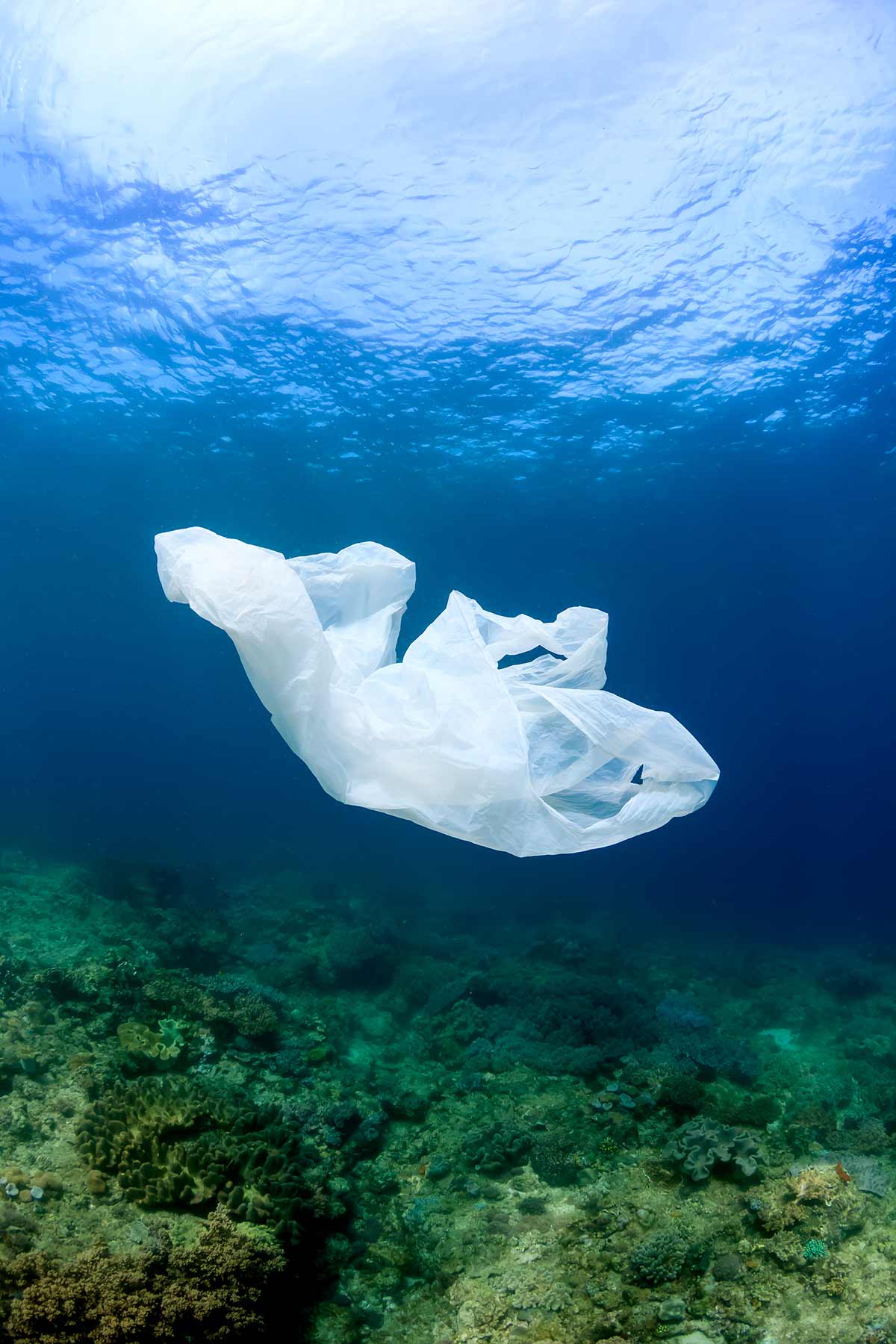 There is a lot of trash in the ocean, but the most common material found in the water is plastic. In fact, it is estimated that in each square mile of the ocean, there are over 46,000 pieces of plastic. How does all of this plastic get into the ocean? Imagine that you see a person toss an empty plastic water bottle onto the street. That bottle will eventually make its way into a storm drain, where it will travel through the sewer pipes and waterways until it reaches the ocean. Plastic is not biodegradable, but it is photodegradable to some degree, meaning the sun will break larger pieces of plastic into smaller microplastics, but it will not get rid of it completely.

Most plastic will sink to the bottom of the ocean, but some of it will get caught in an ocean current and travel to join one of the many garbage patches, which are massive piles of garbage currently floating in our oceans. There are five known garbage patches, with the largest one spanning across hundreds of miles in the Pacific Ocean. Each patch consists of so many little pieces of garbage, that it is impossible to remove all of the debris from the ocean.

The Harmful Effects of Plastics on Marine Life

It’s no secret that plastic is doing a great deal of damage to marine life. How? Marine animals such as whales, dolphins, manatees, and sea birds may become tangled in pieces of plastic, which can result in strangulation, drowning, or suffocation. How big is the problem? Greenpeace estimates that 58% of sea lion and seal species has been affected by it. Plastic can also be fatal to these animals when it is consumed. This harmful material can become lodged in animals’ windpipes, or block their digestive tracts and cause them to slowly starve to death. Turtles have been known to mistake plastic for prey, and between 50-80% of sea turtles that have been found dead had plastic in their systems.

The Harmful Effects of Plastics on Humans

Animals aren’t the only ones who are suffering from the massive amounts of plastic in the water—humans are, too. Microscopic pieces of plastic floating in the ocean are able to absorb pollutants in the water. These tiny pieces of plastic will eventually be eaten by fish and plankton, and then end up in the seafood we enjoy on a regular basis. So, even though the plastic is miles away from you in the ocean, it may still end up harming you if you eat seafood.

Luckily, there are ways that you can help reduce the amount of plastic that is in our oceans. The best place to start is by avoiding disposable plastics such as grocery bags, water bottles, and plastic knives and forks. It’s easy to reduce the amount of plastic you use on a daily basis, but it’s hard to completely eliminate plastics from your life. If you do have to dispose of plastic, make sure you are recycling it instead of tossing it in the garbage. If you’re unsure of how to recycle plastic, don’t hesitate to contact your local recycling center, or reference this chart. To put an end to this problem, everyone must do their part to help prevent more plastic from getting into our oceans.