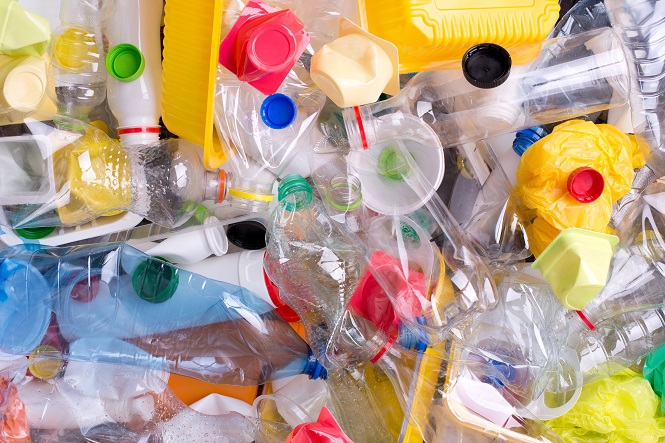 A new study on the impact of plastic waste was recently published in the Science Advances journal. The study was led by Roland Geyer, an industrial ecologist at UC Santa Barbara, who set out to analyze all mass-produced plastics that have ever been manufactured. Here are a look at some of the most shocking results:

Geyer estimates that manufacturers produce more plastic than any other type of manmade material with the exceptions of cement and steel. He found that over 9.1 billion tons of plastic have been produced, with the majority of it being made within the last 13 years.

Why is the world producing so much plastic? Around 42% of all plastics that have ever been produced are used to package products, while another 19% are used in the construction industry.

The fact that there is so much plastic in the environment and landfills is an issue because plastic does not naturally break down. In fact, the plastic that was first produced over a half century ago is still around today.

The Future of Plastic Waste

The report also analyzed how the future will look if the world continues to produce and throw away plastic at such alarming rates. Geyer predicts that there will be over 13 billion tons of plastic waste sitting in our landfills and in our environment by the year 2050. He also believes that another 13 billion tons will have to be incinerated by this time, and only 9.9 billion tons will be recycled.

How You Can Help

Fortunately, there’s still time to prevent Geyer’s predictions from becoming a reality. If you have plastic waste, make sure that you are recycling it properly so it doesn’t end up in a landfill.

But, reducing your plastic usage is even more important than recycling plastic. Try to avoid buying items that will end up as plastic waste, including disposable knives and forks, bottled water, and straws. When you go grocery shopping, bring your own reusable bag instead of packing all of your items into plastic shopping bags, which usually cannot be recycled at local recycling centers. You should also consider buying items in bulk instead of single-serve sizes, since items sold in bulk have less plastic packaging.

It’s no secret that the world is producing far too much plastic waste. But, if we all make an effort to reduce our plastic usage and recycle, we can prevent this problem from becoming even worse.