The Top 3 Green Universities in the United States

Which schools are the greenest? Here are the top three…

It’s that time of year again! High school seniors across the country are beginning to apply to colleges and universities at this very moment. Most high school seniors decide which institutions to apply to after researching their programs, national rankings, campus life, and extracurricular activities. But, the vast majority of high school seniors fail to take a college or university’s eco-friendliness into consideration when making these important decisions. Which schools are the greenest? Here are the top three:

Colorado State University is considered the greenest higher education institution in the United States. The university has a number of green features on its campus that has helped it earn this prestigious title. For starters, Colorado State University has a solar heated/air-conditioned building on campus, which is the first of its kind. The university also partnered with NASA to develop CloudStat, which is a system that monitors climate change. This partnership has created a number of research and internship opportunities for students that are eager to learn more about this important field. Additionally, sustainability research is conducted by professors and students in over 90% of the departments on campus. It’s no wonder why Colorado State University is known for its eco-consciousness! 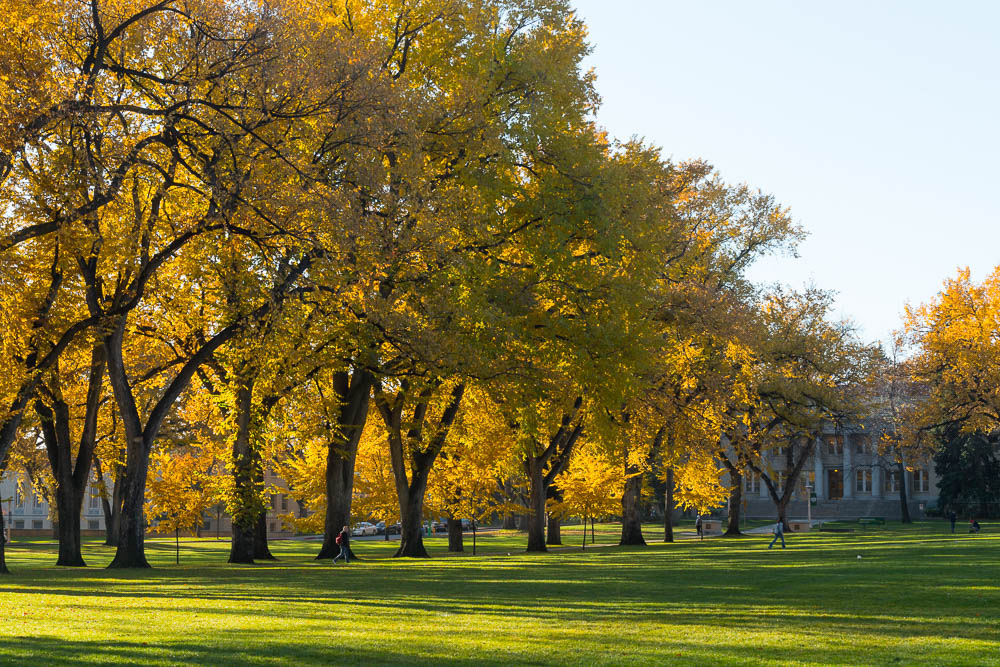 Brown University’s campus is covered in green space, so students have plenty of opportunities to enjoy the great outdoors in their free time. In fact, students often gather in one of these outdoor areas instead of in the library or dorms. This means they won’t have to waste energy by studying inside with artificial lighting. The university has also established a green initiative known as “Brown is Green.” One of the goals of this initiative is to reduce Brown’s carbon footprint by minimizing the use of energy on campus. So far, the university has been fairly successful. It has managed to reduce its energy use to 26.6% lower than it was in 2007, which is when the initiative was first established.

Stanford isn’t just one of the best universities in the country—it’s also one of the greenest! There are over 20 green clubs on campus that focus on sustainability, including the Stanford Gleaning Project, which grows its own fruits and vegetables and donates them to local non-profit organizations that feed the hungry. The university is also committed to reducing the amount of waste produced on campus. Its goal is to reach 75% waste diversion by the year 2020, and it has seen steady improvements year after year as the school climbs closer to its goal. Waste isn’t the only thing Stanford is focused on reducing. The school also has established goals to reduce its carbon emissions by 68% and its water usage by 15% in the next several years.

A school’s eco-friendliness shouldn’t be the only factor that you consider when deciding between schools. But, it should be high on your list of priorities so you can attend a school that shares your commitment to protecting the environment.