As You Sow Urges McDonald’s to End Polystyrene Use

The concern is that while McDonald’s has decreased the use of polystyrene it is still being used in some markets and there hasn’t been an effort to complete phase out its use.

As You Sow, headquartered in Oakland, California, is an advocacy group that promotes social and corporate environmental responsibility. The group was founded in 1992 on the belief that “many environmental and human rights issues can be resolved by increased corporate responsibility. As investor representatives, we communicate directly with corporate executives to collaboratively develop and implement business models that reduce risk, benefit brand reputation, and protect long term shareholder value while simultaneously bringing about positive change for the environment and human rights.”

As You Sow refiled a resolution with McDonald’s Corp. for 2018 urging the company to look at the environmental impact of it polystyrene use. McDonald’s did stop using polystyrene for hot beverage cups in 2013 the U.S., but continues to use it in overseas markets. 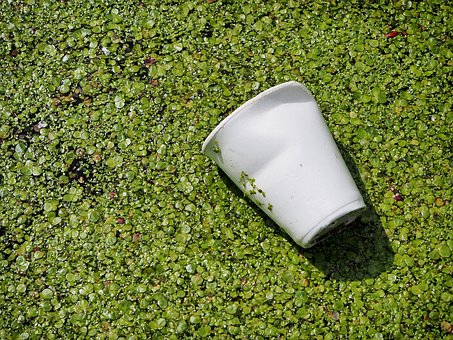 The concern is that while McDonald’s has decreased the use of polystyrene it is still being used in some markets and there hasn’t been an effort to complete phase out its use.

“McDonald’s cannot afford to fall behind other companies in phasing out polystyrene,” Conrad MacKerron, vice president at As You Sow, tells Recycling Today. “The McDonald’s brand is put at risk with branded cups found on beaches and waterways, where the environmental hazard they present is plain to see.”

Polystyrene foam is rarely recycled and it breaks down into pellets that are indigestible and frequently mistaken for food by marine wildlife.

Recycling Today also reports that polystyrene’s “hazardous constituent chemicals have been shown to accumulate water borne toxins in a short time frame, and the International Agency for Research on Cancer, Lyon, France, has determined that styrene, used in the production of polystyrene, is a possible human carcinogen.”

Two other groups have co-filed the proposal, Actiam, a responsible fund and asset manager headquartered in The Netherlands, and JLens, a network of Jewish faith-based investors based in New York City and San Francisco.

To read more about As You Sow, visit https://www.asyousow.org/.