How the Super Bowl Went Green in 2018

To prepare for the big day, recycling and composting bins were placed in various locations throughout the stadium.

On Super Bowl Sunday, millions of football fans watched the Philadelphia Eagles beat the New England Patriots by a score of 41-33. From the first kickoff to the halftime show, every moment of the Super Bowl broadcast was pure entertainment. But, what was happening behind the scenes in the days and weeks leading up to the Super Bowl is even more interesting.

The National Football League (NFL) partnered with PepsiCo to make this year’s Super Bowl as eco-friendly as possible. The two organizations named the plan the “Rush2Recycle initiative.” To prepare for the big day, recycling and composting bins were placed in various locations throughout the stadium. To ensure these bins were used correctly, the NFL and PepsiCo launched an initiative to train stadium employees on what to place in each bin. 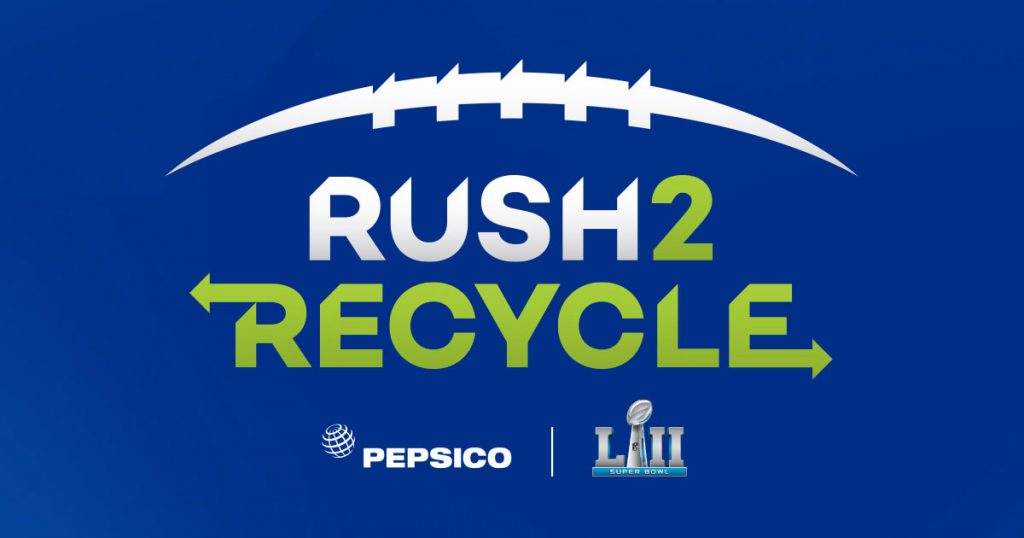 A third organization, Aramark, also got involved with the eco-friendly efforts. The food service company made the decision to serve the 66,000 fans inside the stadium food served in compostable containers instead of plastic ones. The utensils given to fans inside the stadium were also compostable, so everything fans were using to devour their food could be thrown into the same compost bin. This made it easier for fans to understand how to dispose of their waste in a responsible manner.

A lot of food was left over at the end of the game, but none of it went to waste. Second Relief, a non-profit organization committed to ending hunger, collected the majority of the unused food and donated it to local food banks. Decorations and construction materials that were left behind were collected so they could be repurposed and reused instead of tossed in the trash. By making an effort to transform the Super Bowl into an eco-friendly event, these organizations were able to save over 40 tons of waste from ending up in local landfills.

How the Rush2Recycle Initiative Could Affect Other Events

There’s no denying that the Rush2Recycle initiative was a huge success. Because of the plan’s success, many people believe that other stadiums and event organizers will launch similar initiatives. In fact, the Bank Stadium is already hard at work analyzing the effectiveness of the initiative so they can compile a report that outlines how other stadiums can adopt eco-friendly practices as well. If a handful of organizations were able to come together and pull off this plan during the most popular sporting event of the year, other stadiums should not have any trouble implementing these strategies year-round.

Even though the Super Bowl is over, the Rush2Recycle initiative is far from over. A number of Rush2Recycle videos featuring famous football players from the past and present have circulated on social media. In each of these videos, the football players discuss the importance of recycling and provide information on how people can make a difference in their communities. The website even offers tips for starting a recycling program in your community, school, or workplace. These informational resources can be used throughout the year to motivate football fans across the country to stay committed to recycling—even during the off-season.