E6PR is a Six Pack TO Be Proud Of

The E6PR™ is designed to replace the plastic six pack ring. It’s made from by-product waste and other compostable materials.

According to National Geographic, “Since 1994, the EPA has mandated that all ring carriers sold in the U.S. must be degradable. Many manufacturers meet this standard by making their rings photodegradable, which means they break down in light.”

The EPA, while trying to ensure animals wouldn’t be entangled in the rings, caused a different problem. Once the plastic is degraded, small animals (especially marine animals) confuse the plastic particles with food.

“Almost 700 species are now known to have been harmed by ocean plastic, and every year, around 18 billion pounds of plastic flows into the ocean. Forty percent of that is single-use plastic—plastic that is used once and then thrown away. Marine animals from birds to mammals are impacted, not just from the entanglement risk before the rings degrade, but from ingesting micro-sized plastic particles that can eventually cause them to starve (by plugging up their digestive systems).

Scientists have described microplastics as a kind of “plastic soup,” and studies say that anywhere from 15 to 50 trillion pieces of microplastic are in the ocean.” 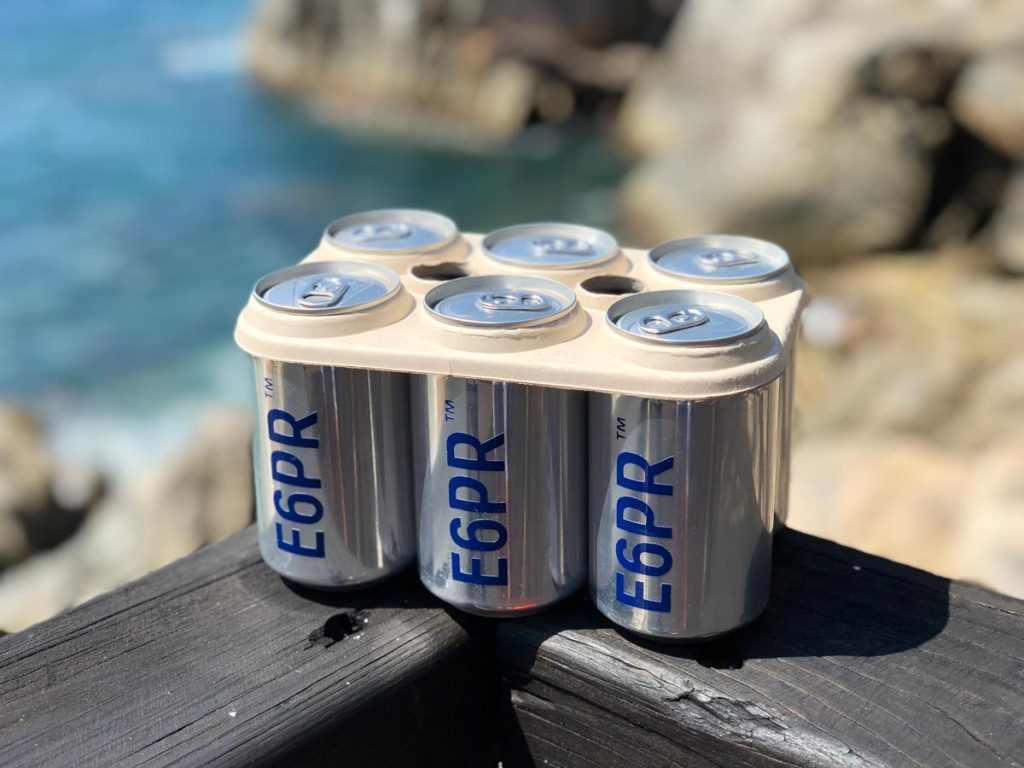 Instead of trying to “fix” plastic products, we need to find innovative ways to get rid of plastic packaging and single-use plastics whenever possible. There is a better way to keep six cans together, it’s the Eco Six Pack Ring (E6PR™). The E6PR™ is designed to replace the plastic six pack ring. It’s made from by-product waste and other compostable materials.

The E6PR™ is completely compostable and will degrade in days in a compostable facility or weeks in the wild. But the biggest win for the environment, if the E6PR™ material does get ingested by an animal, it will not cause them any harm.

The E6PR™ is just the beginning of what could become a movement to rid the packaging industry of plastic.