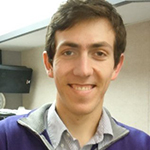 Green Grid Radio founder, producer and engineer Adam Pearson started on the music side of radio during his freshman year at Stanford University, but as his studies and interests in environmentalism picked up, he aligned his programming focus and started the show in September 2012. Now the program is recorded live on Stanford’s KZSU radio station and podcasted online.