This really is railroad car recycling at its best! 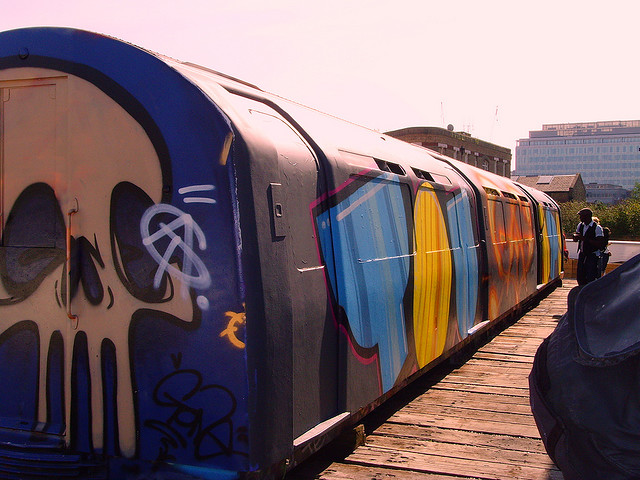 You might think that recycling a subway or railroad car would be a big, difficult problem, given that the item in question is bulky and hard to maneuver (at least once off the track). And it’s not as if there’s a giant recycling bin for railroad cars. However, that’s not even necessary! There are many creative uses for old railroad cars, ranging from using them as hotels and restaurants to museums and even houses — and it’s not only humans benefiting from such repurposing. Scroll down and you’ll see what we’re talking about! 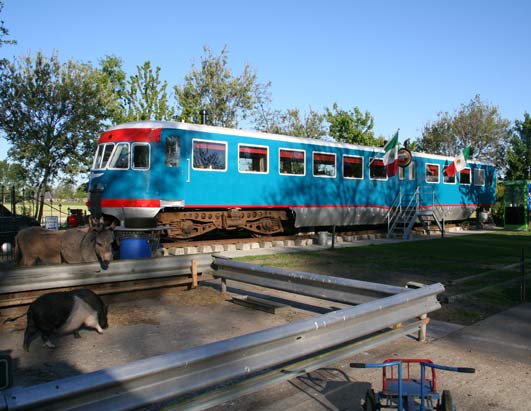 Considering the fact that sleeper cars exist as well, maybe the idea of turning an railroad car into a hotel isn’t that ingenious after all. But, if it’s done up as lovingly and colorfully as the Controversy Tram Hotel near Amsterdam, then we’re talking about a very special hotel indeed. The old tram used to run through Amsterdam and neighboring cities before it was bought by Frank and Irma Appel and turned into a bed and breakfast. 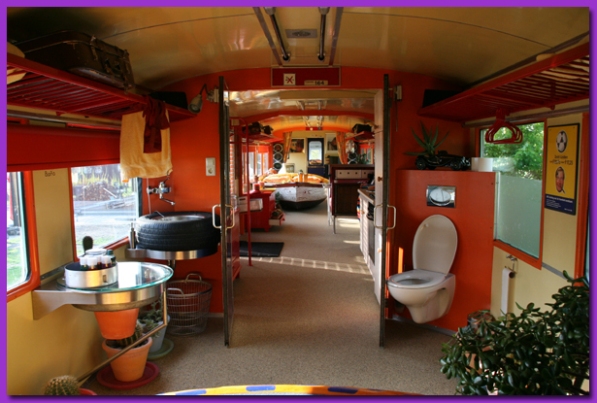 The hotel only has five double rooms, but those are lovingly themed as the Italian, French, English and American rooms – the latter two being family rooms. Those wanting to stay for longer will be pleased to hear that it gets cheaper the longer one stays! Discounts are available for families and long-term visitors. 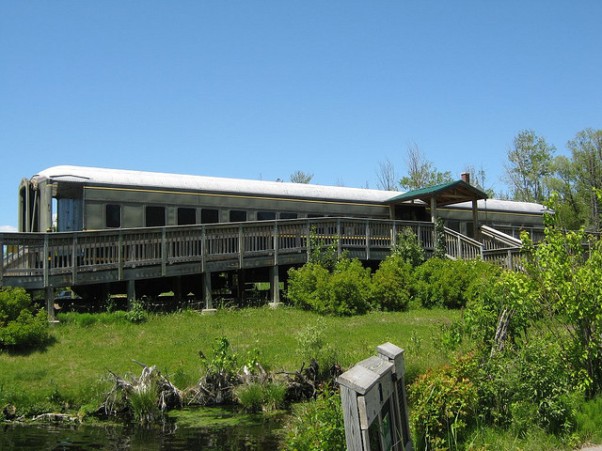 The Oden State Fish Hatchery in Michigan is partly housed in an old railway carriage. This old Wolverine rail car was used to transport fish in the early days of the hatchery. Established in 1921, it is a major rearing facility for brown and rainbow trout. 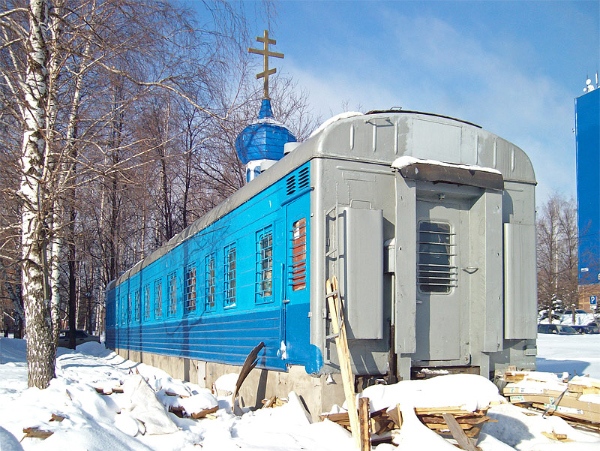 Though many a fast-traveling train may have inspired a rushed prayer, in these recycled train compartments, you can attend a whole service. Why? Because they have been turned into churches. In Russia, the sight of a train-turned-church is apparently not uncommon. Just park the carriage somewhere, stick a cross on top and, voilà, there’s your church. Oh, and don’t forget the onion dome! The benches come courtesy of the railway authorities. 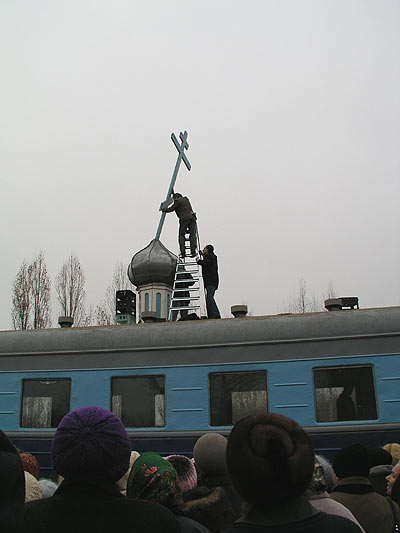 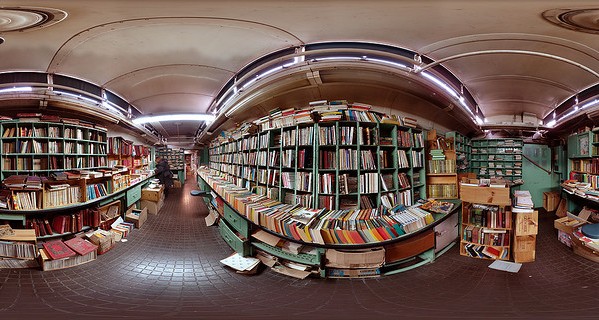 About 30 km north of Paris in Auvers-sur-Oise, France, is a gem of a bookstore. Called La Caverne aux Livres, the store not only does anything in its power to find a specific book for a customer, but also the building itself is worth a look. Its entrance is housed in an old railway hangar from which visitors will quickly be guided to an old postal train whose cars have been converted to house giant bookshelves. Nice! 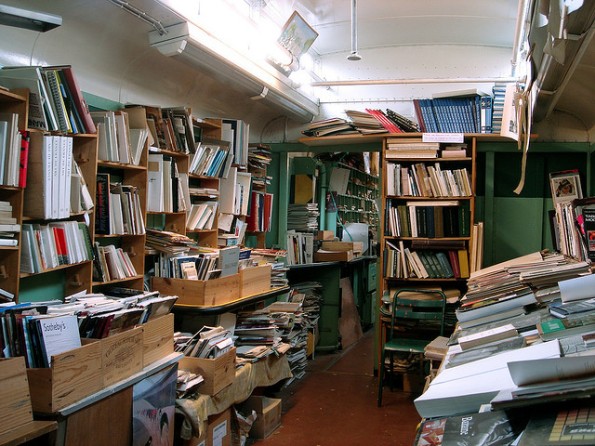 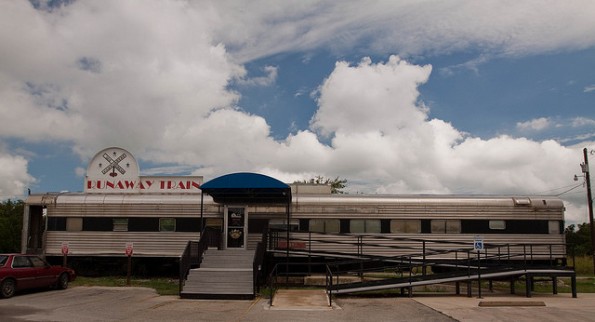 Given that restaurant cars do exist, grounding a railroad car and turning it into a restaurant might not be that far-fetched. However, there is something quite inviting about dining in a recycled railway carriage. And those feeling a bit queasy about the landscape quickly going by can finally enjoy their meal. One of our favorite train restaurants is the Runaway Train diner in Brownwood, TX, above. 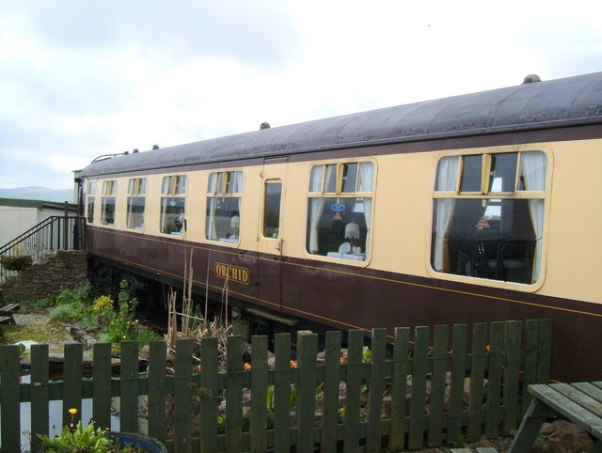 The Hound Inn in Arlecdon, Cumbria, U.K., above, is also very picturesque. It used to run as a dining car on Hampshire’s Watercress Line. 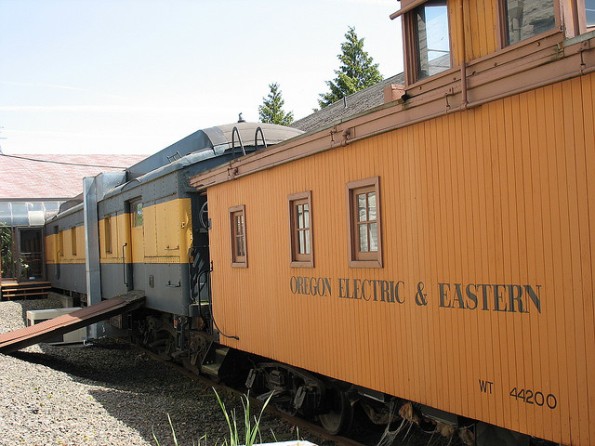 The Oregon Electric Station restaurant on 5th and Willamette in Eugene, OR, is actually an old train station converted into an eatery. The repurposed trains in the back are just the icing on the cake. 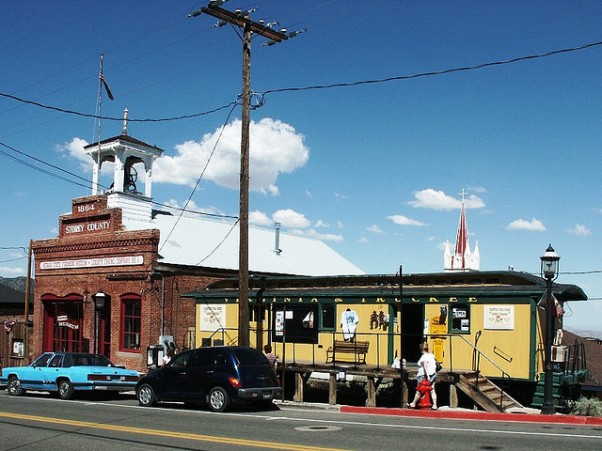 Given a railroad car’s length and its public nature, it seems to lend itself to being used as a museum. This museum and information center in Nevada, above, makes for a pretty picture right next to the old firehouse. 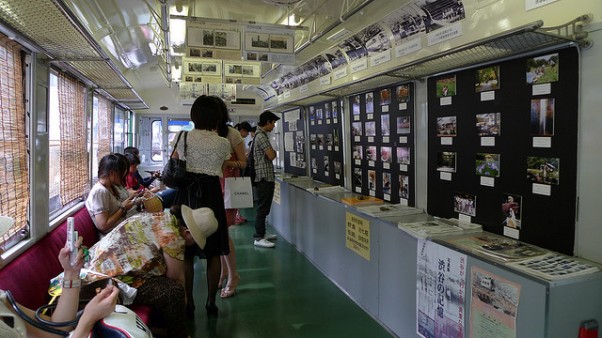 The photo exhibition above seems to fit perfectly into the old railway carriage it is housed in. On display are a series of old pictures of Shibuya, Japan, a suburb of Tokyo. 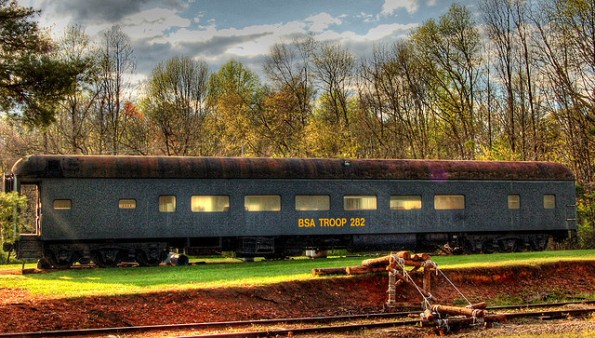 Though not technically a museum, this old boy scouts’ train reminds eager young nature lovers of its, and the organization’s, exciting past. The old railroad car is now used as a training facility and also contains a dining area. 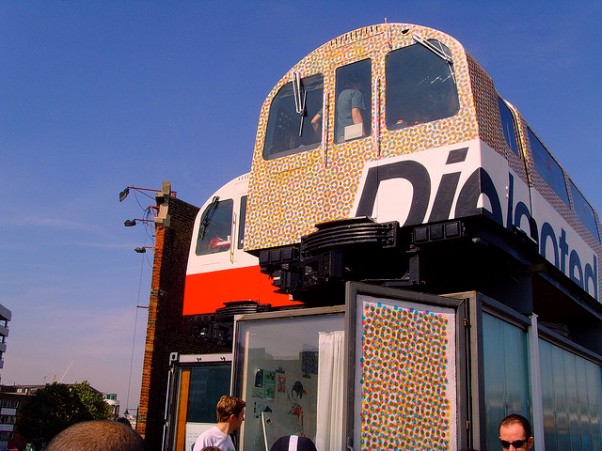 Speaking of ingenious housing solutions, look at this next one. It’s old news that London is expensive, and a real estate nightmare for those renting, but this solution is taking to the sky: simply take a couple of old containers and tube cars, stack them on top of each other and there’s your low-cost duplex apartment. Or in this case, a super cool arts and entertainment center called Village Underground that features concerts, exhibitions, music and theater. 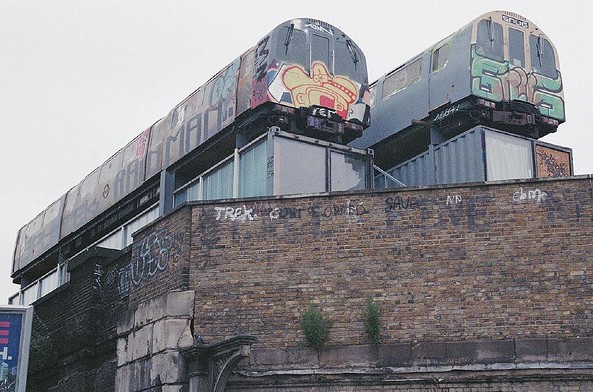 The insides of the tube cars have been repurposed as offices and shared spaces, but memorabilia like this old route map reminds us of the train’s past. 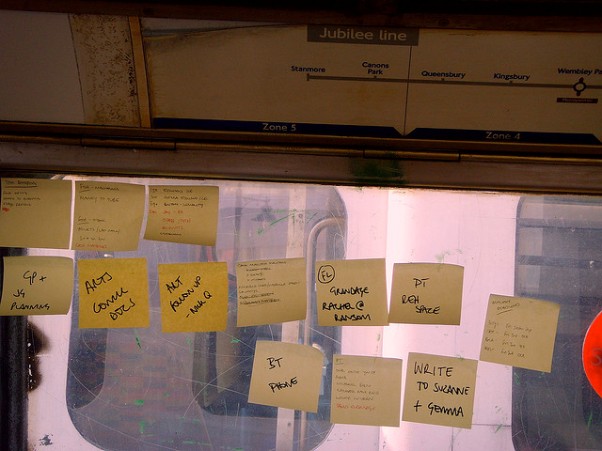 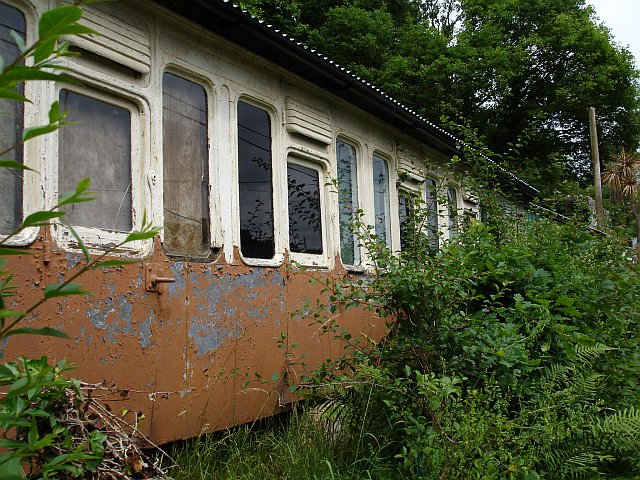 This cozy little structure sits next to the tranquil River Tamar in Lower Kelly, Calstock, U.K. A pitched corrugated iron roof tops off the former railway carriage, allowing it to fit in seamlessly with the shed next door. If you like trains, what could be better for a bit of pottering about? 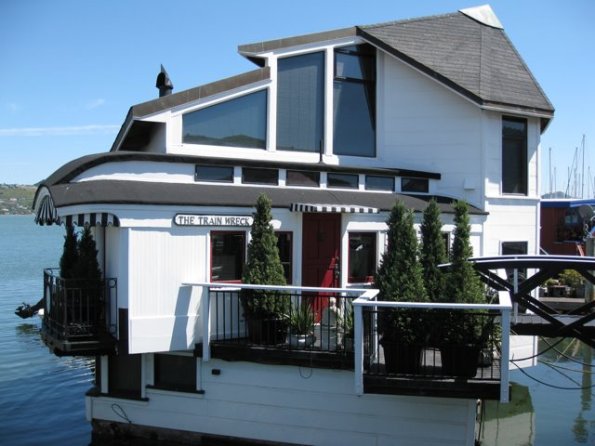 Another of our favorites is this beautiful houseboat made from a vintage railroad car. It can be found in Richardson Bay in Sausalito, CA, and used to be car #41 for the San Francisco and Northern Pacific. It dutifully plied its way from 1889 until 1936 (by then for the Northwestern Pacific Railroad) before it was retired. Though soon sold, the railroad car remained on land until 1979, when new owners placed it on a concrete hull and turned it into a houseboat. The compartment’s former passenger section is today’s dining room, and the luggage section the bathroom and laundry room. Lovingly restored, it’s not even close to being “The Train Wreck,” as it is called. 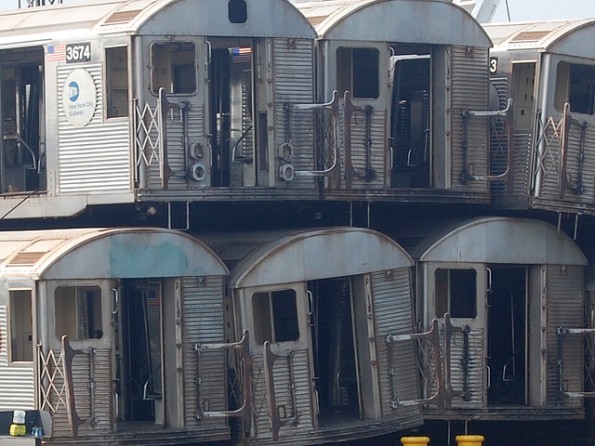 With so many creative uses, it’s really hard to pick a favorite. But we concluded that the next solution was the most innovative, as well as being a boon for thousands of sea bass, summer flounders and blue fish. In 2001, the Metropolitan Transit Authority (MTA) of New York City donated about 2,500 old subway cars to the Delaware Department of Fishery. Why? Because they make cool artificial reefs! Here’s a video of the process: The retired subway cars are lowered down just off the Delaware coast and left to their own devices, providing a unique refuge for a myriad of sea critters. Jeff Tinsmann, coordinator of Delaware’s Artificial Reef Program, explains: “The hard surface of the subway cars is a unique thing down there. Around here, the blue mussels attach themselves and that provides a carpet that has dozens of other species of worms, crabs and shrimps. The sum of that community is an enriched food source that benefits the reef fish.” Nothing fishy about this solution! Old trains are used around the world as artificial reefs; here’s an old locomotive in Sinai on the Red Sea. 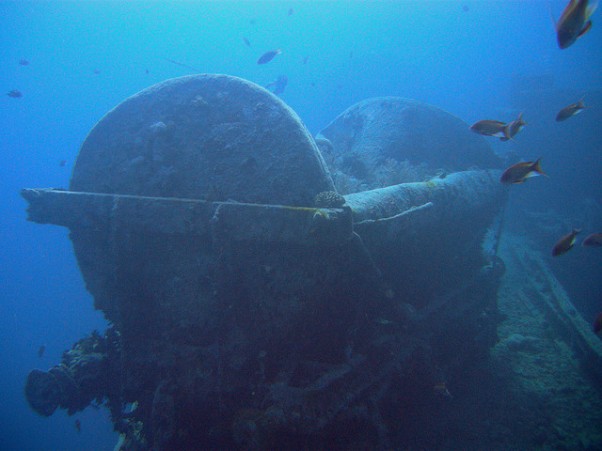 That brings us to the end of our recycled railroad car tour. If you’re inspired and looking for creative, recession-proof housing, know that old railway carriages can be bought for a few thousand dollars. A bit of do-it-yourself talent and a few good ideas, and there’s your next house or hotel or restaurant — you name it! If nothing else, you can always leave the railway carriage to the elements as a sculpture in your back yard! 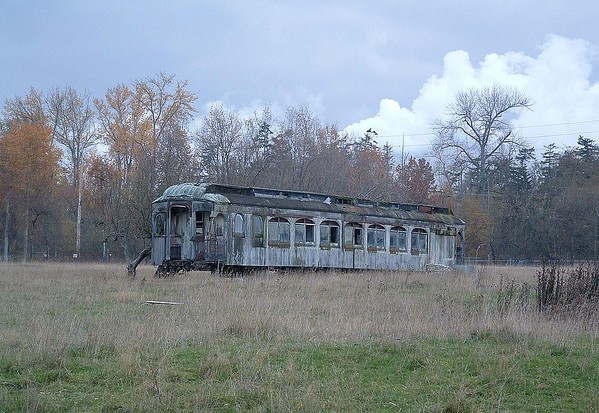