Preparing for an Earth-Friendly Move

Moving to a new home can seriously jeopardize your eco-intentions, but careful green planning can ensure efficiency.

In January, I shared one of my New Year’s Resolutions with you: a waste-free move. At the time, I thought we’d be moving in June, but one benefit of the slow housing market is that the time to build our new house was shorter than expected. We should be closing later this month. This means that my earth-friendly move will be happening sooner than expected. Although my family is only just now starting to get things into high gear, I’ve had months to prepare for this move. I used my January blog as a brainstorming session and now I’ve started implementing these ideas. To recap my original goals, my plans for a waste-free move included: 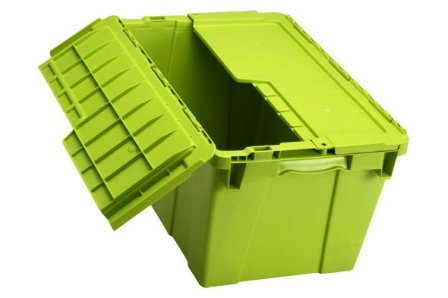 I’m still focusing on a waste-free move, but I’ve added a new dimension to the goal: making the move as economical as possible. So, while I love the idea of using reusable containers, I’m going to focus more on giving previously used boxes a third or fourth go-round for our move. The upside: I have family currently planning a summer move, so I know that once I’m done with the boxes, they already have a repurpose plan. Once I run out of sources for previously used boxes, I’ll look into renting reusable containers. One thing that has surprised me about this New Year’s resolution is how much fun it has been to determine how to reuse and repurpose existing items into our new house. My son’s bedroom set is very juvenile, and he’s almost a tween. We were going to sell it or donate it to charity but we’ve decided to paint it. This will definitely create a more age-appropriate look for the furniture. We’re able to reuse something we didn’t think we could, plus save money on new bedroom furniture. As of this writing, I have not yet completed the move, but I’ve learned a lot over the past several months. If you’re planning a move in the future, I encourage you to consider the following ideas to reduce the environmental impact of your move:

If you have already completed an earth-friendly move, what ideas would you add to this list?