Since the early 1990s, the Green Dot program, or, in its country of origin, Der Grüne Punkt, has been identifying companies that financially support the effort to collect and recycle packaging materials of common products. Devised in Germany in 1991 by Duales System Deutschland GmbH (DSD), the Green Dot was created as a means to showcase a business’ commitment to environment-saving initiatives by donating to the cost of recovery and recycling of packaging materials and waste. Yet, the Green Dot symbol does not indicate that the package the symbol is displayed on is necessarily recyclable. Confused yet? You’re not alone. 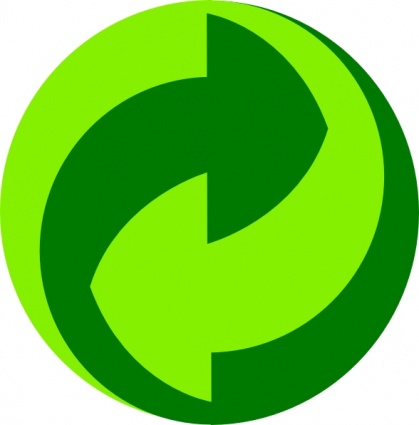 Particularly confusing in the U.S., where the Universal Recycling Symbol is prominent, the Green Dot naturally leads to recycling bemusement. It’s understandable: Both symbols deal with packaging materials that our favorite products come in; both programs are used by multinational corporations to identify that they’re doing something good for the planet. Heck, the symbols even look alike, with spinning arrows (usually) clad in green. In essence, however, the Recycling Symbol and the Green Dot are fundamentally different. The Green Dot symbol is managed worldwide for PRO Europe (Packaging Recovery Organisation Europe) to simplify the various Green Dot programs throughout Europe, as each nation generally tends to have its own version of the program. But, even in Europe, this symbol causes confusion. Valpak, one of the U.K.’s providers of recycling and producer responsibility services, is creating guidelines for manufacturers who use the symbol. According to Valpak, the company decided to:

“… draft a code of practice for use of the Green Dot after reports showed that consumers in the U.K. were purchasing products with the Green Dot, thinking the symbol meant the items were recyclable, has recycled content or meant some other environmental benefit. For now, Valpak is advising companies to not display the Green Dot on U.K. packaging if they think it will mislead consumers, especially if the packaging is not recyclable.”

In Europe, this distinction is a little easier to keep straight, as the Green Dot program ties into a different curbside system of disposing of waste. For instance, in Germany, the use of yellow collection bags and bins are used for the products created by the companies that pay the Green Dot fees for proper collection and disposal on their packaging materials. While many of these packaging materials can be recycled, some of them are not. To contextualize this idea, in the U.S., a can of Coca-Cola could display both the Universal Recycling Symbol and the Green Dot logo if the company donated to this specialized waste collection program. This is because a can of Coca-Cola is also made of aluminum, a highly recyclable material. On the other side of the coin, let’s say a company makes shampoo bottles of nonrecyclable materials. This company’s products could display the Green Dot symbol if it pays the appropriate fees for this unique collection process for the empty bottles. The Universal Recycling Symbol, however, could not be displayed, as the plastic this company uses in its packaging is not made from a recycled or recyclable material. Capisce? If you are still confused, be sure to look into different nations’ Green Dot programs, such as Canada’s and Ireland’s. You can also look up the always handy Wikipedia explanation here, or this website for another, more concise explanation.