A July deadline to reach a 35% recycling rate looms for Rhode Island’s cities and towns, but are they getting with the program? 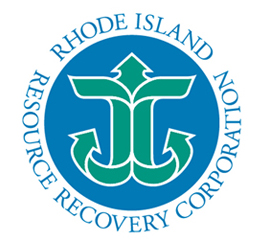 In Rhode Island, by law all municipal recycling and trash must be delivered to the Rhode Island Resource Recovery Corporation (RIRRC), home of the state landfill and recycling facility. The state has set a goal for its 39 municipalities, which states, “Beginning July 1, 2012 every city or town that enters into a contract with the RIRRC to dispose of solid waste shall be required to recycle a minimum of 35 percent.” With that date soon approaching, municipalities are seeking ways to increase their recycling rates. In the city of Newport, the current residential recycling rate, according to RIRRC, is at 23%. Residents recycle through curbside collection with standard green bins and blue bins and, as noted before, there are limitations as to what we be recycled in the state. The City of Newport has explored options to increase the current recycling rate such as “no bin, no barrel” and “pay-as-you-throw” (PAYT). In March 2010, WasteZero, a company that partners with municipalities to adopt the PAYT program, presented the benefits of trash metering to Newport’s City Council. “There is proof that, yes, recycling rates will increase by adopting PAYT,” says Kristin Littlefield, Clean City Coordinator for the City of Newport. Per the WasteZero website, research by the U.S. EPA has demonstrated that “Trash metering is the most effective single action a municipality can take to increase recycling and diversion.” But, Littlefield says, in Newport, the presentation from WasteZero to city council didn’t go anywhere. This is surprising considering that Newport’s neighboring town, Middletown, adopted a PAYT program in 2007 and it has been a huge success since. Previously, Middletown used a transfer station which, according to Will Cronin, Recycling Coordinator for Middletown, only about one-third of its residents used. Now the town offers curbside collection, which three-quarters of its residents take advantage of on a weekly basis. Cronin continues, “The recycling rate at the transfer station was 15%, and when PAYT was implemented, it popped up to 40% in just one month.” At the time of this publishing, RIRRC is implementing a new initiative that allows residents to recycle more plastics — a huge sigh of relief for all of us! And, with RIRRC’s new facility, the state is also moving toward single-stream recycling. Littlefield says that the new initiatives might raise the recycling rate in Newport, and with one year left in a contract with Waste Management, it may present opportunities. One option she is looking into is new bins or carts that have attached lids so that plastic bottles and newspapers aren’t flying around the neighborhoods, as is the common scene each week. But what will happen to Rhode Island’s cities and towns if they don’t reach the goal that the state has set forth by July? In a word, nothing. With a state landfill that is quickly reaching capacity, shockingly, there is no set penalty for municipalities that fail to reach a 35% recycling rate. As one Newport resident states, “There’s no one out there educating me about why it’s important to not only recycle, but why we need to meet our goal. If we’re not being educated and we aren’t being fined, then why should I really care?” As someone who is deeply concerned about the future of my community, I am clearly not the one who needs to be convinced. But this leaves me wondering where the incentive is, not only for the cities and towns, but also for Rhode Island residents.