Rebound and Recycle: Greening the Game at Georgia Tech

Georgia Tech’s McCamish Pavilion is fitted with recycling bins throughout the arena so Yellow Jackets fans can make good eco-choices. 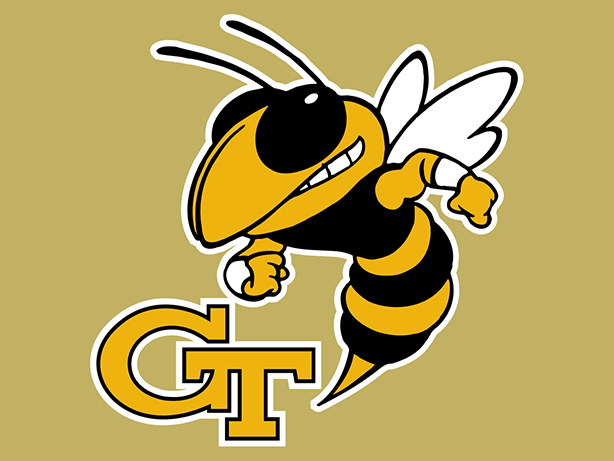 Though the structure at 965 Fowler Street NW on the Georgia Institute of Technology campus in Atlanta has been standing since 1956, it has only been known as the Hank McCamish Pavilion since last year. After undergoing a $45-million renovation, the 8,600-seat Alexander Memorial Coliseum, as it had been known for 56 years prior, was rededicated and reopened with a brand new sheen. Today, McCamish Pavilion seamlessly mixes historic with high-tech, and at a school with “Tech” in its name, you can bet that’s of importance. The arena is home to the men’s and women’s Yellow Jackets basketball teams. The men’s side has a long history of sending its best to the pro ranks, including Stephon Marbury, Dennis Scott, Jarrett Jack, Mark Price and John Salley, among many others. Now, the Yellow Jackets are attempting to lead the way in their pursuit of diverting waste from Georgia’s landfills. Chris Rettkowski, Facility Manager for the Georgia Tech Athletic Association, oversees the recycling operations at McCamish Pavilion and other athletic facilities across the 400-acre campus that is home to nearly 15,000 undergrads. “We have recycling bins throughout the arena located next to the trash containers,” Rettkowski explains. “We take the recyclables from the arena to our on-campus recycling station via our custodial crew.” Offering Yellow Jackets fans an easy, convenient choice to recycle when at McCamish Pavilion shows that Georgia Tech is taking the proper steps to filter and divert waste. “The recycling bins [in McCamish Pavilion] are clearly labeled,” Rettkowski says, “with the end goal of our patrons making wise decisions to recycle items that can be recycled versus throwing them away.”