Rebound and Recycle: Greening the Game at Penn State

The Bryce Jordan Center has cut back on waste by combining a game-day recycling program and an excellent in-house composting program.

We Are is the common unitary chant that Penn State fans shout from their perches at historic Beaver Stadium, the university’s famed 107,000-seat football shrine. That sense of unity, and the resounding chant, is shared across the street at the Bryce Jordan Center, home to the Nittany Lions basketball team. With a capacity of 15,261, the Bryce Jordan Center is the largest arena between Philadelphia and Pittsburgh, making it a hot spot not only for basketball games, but also for touring acts on nights when there is no competition to be found. Based on its size alone, the arena has become one of the most important recycling locations in central Pennsylvania, with hundreds of thousands of patrons filling its seats annually. How does the hoops home of the Nittany Lions stack up on the recycling scale? Remarkably well, actually, as it is host to an in-house recycling program that accepts all the usual recyclable materials, but goes above and beyond to collect others most arenas would not think of taking. “We recycle on all three floors of the facility, event space, office space and meeting rooms, capturing paper products, cardboard, plastic bottles, cans, glass bottles, printer-related items and batteries,” explains Rick James, the Manager of Physical Plant at the arena. 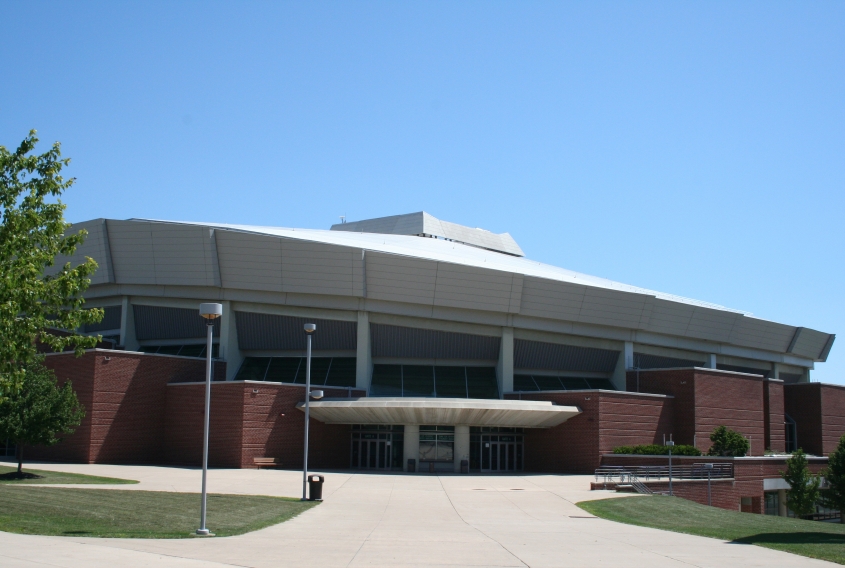 James and his team have seen recycling efforts steadily grow at the arena, and he chalks it up to the ease in disposing of the products, noting that there are recycling bins at the entrance/exit of each of the arena’s portals, as well as in each meeting room and the common areas of the facility. Perhaps most impressive, though, is the efforts underway deep within the arena in the kitchen. “We compost and recycle in all kitchen areas of the Bryce Jordan Center,” James says. “The catering department runs zero-waste events, and we also recycle delivery pallets for reuse with our suppliers.” After about four years doing these efforts, the catering haul is truly impressive. The arena provides some 700 caterings a year, ranging from as few as 10 guests to well beyond 2,000. Whatever the number of attendees, the waste diversion rate remains the same, hovering near 95% when accounting for recyclables and compostables. Game-day operations are different, of course, with limited time and resources to collect all of the waste produced from visitors. James mentioned there is a desire for PSU to start tracking waste diversion rates at home basketball games, noting that, at the moment, his team is seeking methods and practices that fit its staffing and time constraints. As of now, the goal remains to make the most of the recycling infrastructure already in place at the arena. James hints that perhaps more online marketing efforts could be in the works to help remind visitors that enjoying the game and leaving no waste behind can go hand in hand. Is that a future “We Are… Avid Recyclers” campaign we sense?