How to Recycle Vinyl Records

Records, made of polyvinyl chloride, are notoriously difficult to recycle safely. 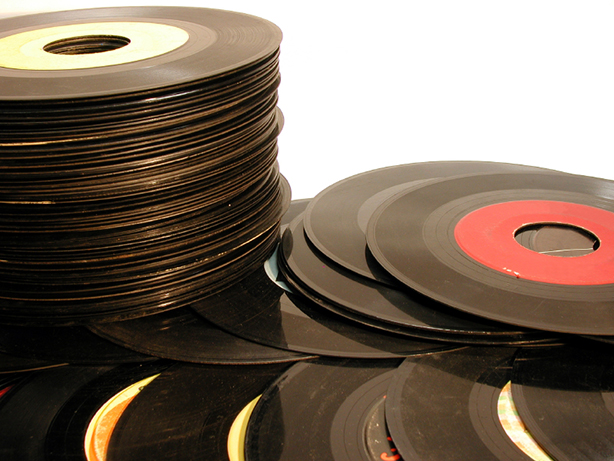 Vinyl records used to be the best (and pretty much only) way to listen to your favorite music at home. While purists argue that it is still the best audio quality to hear the musicians you like, it certainly is not the only option anymore. Cassette tapes, then CDs and now digital music have made vinyl records obsolete in most households. That left millions of people with piles of old records sitting in basements and storage closets. And, what most of those millions of people discovered is that there is no good way to recycle records. There are, however, myriad ways to reuse them at home or by passing them on to crafters.

How to recycle records

The problem with vinyl records (also known as 33s or LPs) is that they are made of polyvinyl chloride, or PVC, which is extremely difficult to recycle. PVC is chock full of poisonous chlorine gas and heavy metals such as silver and nickel, and few recyclers are willing to handle it or take a chance on melting it and turning it into something else. Companies that do recycle PVC are mostly focused on things like old construction materials (which can be turned into a powder and used to make new materials), banners (which can be used to make new banners or lots of creative craft projects), and gift cards (which can also be reused or recycled). Up to this point, I have never been able to locate a company that recycles records. The harmful chemicals that make vinyl records so difficult to recycle can be released into the ground and air over time, so it is important to keep records out of the waste stream. Records can be reused as is or crafted into new products. It is worth noting that records manufactured before the 1950s were made out of shellac, not vinyl. Shellac is a substance secreted by female lac bugs in India and Thailand. It is scraped off the bark of trees and processed to remove trace amounts of wax. There are no good sources for recycling shellac either, although an Internet search will yield ways to dissolve it and return it to a liquid form so it can be used for finishing furniture or for other purposes. The one part of a record that is easy to recycle is the holder, or its sleeve, which is typically made of lightweight cardboard and can be tossed in your recycling bin along with the rest of your paper. Those covers are also fun for craft projects such as boxes and journals.

LPs have made a huge comeback. For many years, you would only find older bands like The Beatles or The Rolling Stones on records. Now, a new generation of artists is releasing its albums on vinyl, according to a 2013 article in The Boston Globe. Even major manufacturers like Sony are making record players again. This means it may be possible to sell your old records. Many cities have stores that specialize in LP sales, such as Boston’s In Your Ear or Recycled Records in Reno, NV. You can also sell records online through shops like Hard to Find Records. Rare albums will fetch a high price from collectors, but if your albums are more of the run-of-the-mill variety, it is probably best not to expect to make a fortune from them. If your records are not saleable, you may be able to donate them to a thrift shop. If you call ahead to see what stores want them, you can be reasonably certain your LPs will end up on store shelves and not in the dumpster.

Use records for arts and crafts projects

Given that there are few end markets for vinyl records, plenty of creative types have found ways to give them new life. The shiny black material makes eye-catching art and jewelry, and leaving the labels affixed to records adds interest and color. We cataloged several uses for old vinyl records in an article in 2010. Ideas include wall art and clocks. For years, one of the most popular uses for old records has been wavy bowls. They are easy to make by putting an old record on top of a mug in the oven and letting it soften. One caution when doing this: Records become pliable at 150º F, so you should be very careful when you handle your bowl or you could seriously burn your fingers. St. Vincent de Paul in Eugene, OR, makes jewelry from old records. Designs such as wolves, houses and recycling symbols are punched out of some of the thousands of unusable records the charity receives every year. The product, called Re-Play, is sold through St. Vincent de Paul thrift stores. Other ideas for putting old records to use include tiered plates for holding baked goods, placemats, end tables and even using them for as floor coverings. One Pinterest user posted a photo of a vinyl record she used as a guest book at a special event. Signed with gold and silver ink and framed, it looks a bit like something a rock star might hang on the wall.