Gleaning: How Does it Prevent Waste?

Bringing new purpose to produce that was once destined to die on the vine. 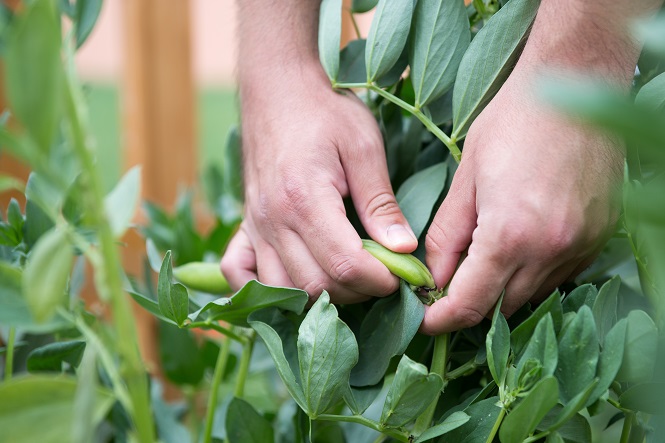 The statistics are startling, yet revealing: According to estimates, nearly one-third of the U.S. food supply goes uneaten and wasted annually. To combat this, a growing number of farmers and other professionals involved in food preparation are backing a practice aimed at putting the food that doesn’t wind up on supermarket shelves into the hands of people who will benefit from it.
The concept with the intriguing and arguably catchy name – gleaning – gives nonprofits and volunteers the opportunity to pick ripe produce that would otherwise go uneaten.
For a variety of reasons, including surplus crops and produce that might not be immediately pleasing to the eye (but is still ripe for consumption), large swaths of fruits and vegetables have literally been allowed to die on the vine.
In an extensive report addressing so-called post-harvest food losses, the U.S. Department of Agriculture’s Economic Research Service in early 2014 assembled a number of pieces of data that certainly would back up the reasons gleaning is a practice worth considering.
The USDA’s research division came up with a number of findings, all based on data compiled in 2010. Among the statistics:
In addition to the obvious atrocity of perfectly nutritious food not being used for its intended purpose, there is another reason proponents are turning their attention toward gleaning: efforts to combat the ever-rising obesity epidemic.
This article in The Daily Beast, chronicles how gleaning is helping transform the overall food system in Washington, D.C. with the hope of eradicating so-called food deserts – sections of lower-income urban areas that have little to no options for nutritious produce readily available at retail outlets.
The article spotlights Oak Grove, Virginia-based Parker Farms, which has been a forerunner in the modern gleaning effort. Daily Beast writer Katie Maloney interviewed Rod Parker, general manager of the farming operation, who said he took pleasure in knowing the gleaned produce from his operation would go toward its intended purpose.
“The biggest value to the farm is that product that was raised for the purpose of consumption is consumed,” Parker said in the Daily Beast piece. “A curved cucumber, when you slice it – nobody knows it was ever curved.”
While a widespread gleaning effort appears to have been sparked in the northeastern corner of the U.S., the practice is also gaining momentum elsewhere. The Washington (state) Food Coalition, for example, held a Gleaners Summit event in 2014.
A similar effort, the second annual Pacific Northwest Gleaners Summit, was held the in 2014 as well in the nearby progressive community of Portland, Oregon.
Attendees of these summits typically receive information on a range of gleaning-related matters, including partnership efforts, ways of galvanizing movements within specific communities and the overall statistics concerning poverty, malnutrition and obesity in a country known for opportunity and prosperity.
According to this NPR report, a variety of nonprofit groups, including Virginia-based Society of St. Andrew, are taking a stand in favor of gleaning with robust partnerships.
“What we are trying to do is build a network that will take food that would not make it to market for a variety of reasons and get it to agencies that are feeding the hungry,” Linda Tozer, a regional director with the Society of St. Andrew, stated in the NPR report.
While produce that is not “supermarket ready” because of imperfect appearance is among the chief reasons for die-on-the-vine food waste, there are other reasons it might occur as well.
Simple supply-and-demand also plays a role. In other words, if there is a surplus of a particular crop, it might simply be left behind. Another factor: mechanical harvesting. The reality is much of today’s machinery – even in its modern, shiny form – misses some of the rows of produce.
For farmers and other agricultural professionals, there are incentives to allow for unwanted produce to be gleaned. Similar to dropping off unwanted clothing at a thrift store or shelter, agricultural producers can receive crop donation tax credits.
While the general concept of gleaning might sound modern and forward-thinking, the practice actually has roots that go way, way back. We’re talking biblical times.
As chronicled in the Old Testament of the Bible, farmers were frequently commanded by Jesus and His disciples not to pick their fields and vineyards clean. As was customary at the time, the edges of a farmer’s field were to be left behind and specially reserved for orphans, travelers and widowers – in other words, people who were in need.
The gist of the modern revival of gleaning is essentially the same. It likely has picked up steam because of the findings that have revealed just how much of the U.S. food supply goes uneaten at a time when obesity rises at an alarming rate.
In 2014 – four years after the USDA’s research division gave its findings – the Society of St. Andrew released a report on some of its work. Among the pieces of data:
But that doesn’t mean the food waste phenomenon is solved completely. Despite all the overtures, organizations such as the Society of St. Andrew continue to put the spotlight on wasted produce. St. Andrew prominently has displayed a running tally of wasted produce, year-to-date, based on estimates. As I write this, the number has held steady at 64.15 billion pounds.
In other words, there is still much work to be done in the ongoing gleaning effort.