An estimated 430 billion pounds of food go to waste each year in the U.S. 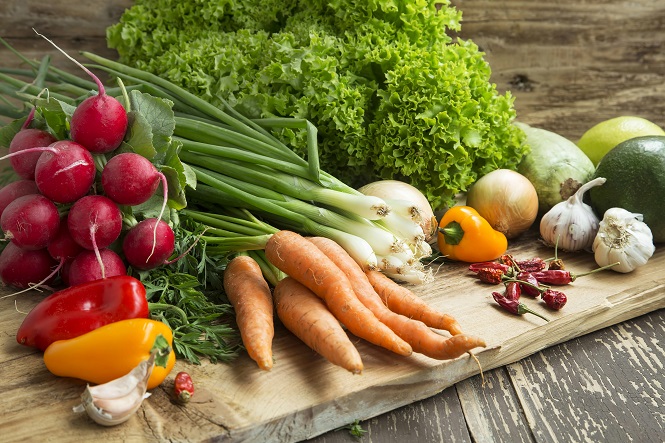 Depending upon your source, the numbers might vary slightly, but here’s the stomach-turning reality about food consumption in America: On an average year, upward of 430 billion pounds of food are produced in the land of abundance. Of that figure, around 30 percent is discarded. The website RT, which described the phenomenon as “giv(ing) new meaning to the term ‘junk food,’” crunched some numbers associated with the statistic and found:
“The issue of food loss is becoming a serious topic, not just in the United States, but across the world as countries struggle with mounting levels of garbage, while food scarcity among an exploding world population demands a new way of thinking about eating habits,” authors at the RT wrote in the article.

The USDA has pledged to curb this statistic

In recent years, as news of this statistic has grown more widespread, the United States Department of Agriculture launched a campaign known as the Food Waste Challenge. Another federal agency, the U.S. Environmental Protection Agency, pledged its support alongside the USDA’s leadership role. When it was first pitched in June 2013, USDA organizations put out an open call to industries in the so-called food chain that serve as intermediaries between food growth and processing and landing on a consumer’s plate. Calls went out to manufacturers, processors, producers and retailers. The call to the participants is to reduce, recover and recycle food waste. In a news release announcing the challenge, USDA Secretary Tom Vilsack pointed out the U.S. enjoys one of the most abundant supplies of food of anywhere in the world. “Not only could this food be going to folks who need it, we also have an opportunity to reduce the amount of food that ends up in America’s landfills,” Vilsack said in the statement. “By joining together with EPA and businesses from around the country, we have an opportunity to better educate folks about the problems of food waste and begin to address this problem across the nation.” While the amount of food waste sharply juxtaposes the number of people going to bed hungry -even in a land as prosperous as the U.S. – the issue also has far-reaching effects on the environment that are not always readily detectable. According to the USDA and EPA, uneaten food is the largest source of waste entering landfills today. While this might not sound alarming since food decomposes quickly (unlike, say, the various types of plastics that wind up in landfills), here’s a kernel of truth that is not necessarily common knowledge: Food waste typically creates potent greenhouse gases that are harmful to the environment. Since the 2013 announcement, the two agencies have stated they are working in tandem to line up organizations willing to curtail the food waste issue. By 2020, the agencies have upped the benchmark to 1,000 partners. Some of the efforts aimed at reducing food waste, brainstormed during the initial announcement, included:

Progress has been made, but there’s much work to be done

In April 2015, nearly two years after the announcement was first made, the USDA reported some good news about its efforts. The vigorous campaigning with the EPA resulted in more than 4,000 participants that have pledged to do their part in ending the amount of food waste. The USDA named all of the participants – including businesses, schools and nonprofit organizations – who have taken part in the Food Waste Challenge since it was first announced. “While the name of the participant list of the U.S. Food Waste Challenge may be that of a corporate, government, school or other entity, the real participants in the U.S. Food Waste Challenge are the managers, chefs, employees, teachers and students who are working to implement change,” Elise Golan, director of sustainable development for the USDA, said in a statement. In its first two years of implementation, the USDA has pointed to several examples of how the Food Waste Challenge reduced the amount of discarded food. Among those examples: